‘I am a Presbyterian, and that’s what we do’ 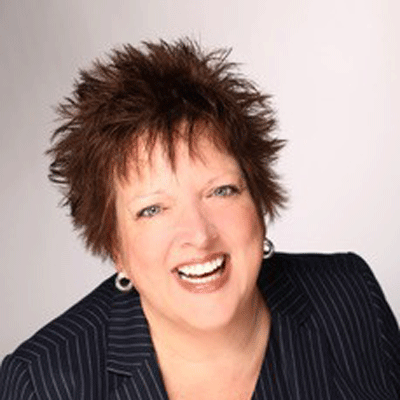 These days she’s the Rev. Dr. Rebecca L. Davis, who teaches seminarians about education at Union Presbyterian Seminary’s Charlotte, North Carolina, campus. When she was 9 and growing up in West Virginia, that role would have been difficult to fathom.

As Davis told the story to a national Matthew 25 gathering on education recently, all her life her father had told her that for girls, college is a waste of money. At 9, her family moved next door to a Presbyterian church manse, and she got to know the pastor and his family very well over the years. When she was in high school, the pastor asked her one day where she planned to go to college. She parroted the words her father had always told her. The pastor stood up, put his hand on his hip, and told her, “You are going to college. You are a Presbyterian, and that’s what we do.”

“I skipped across the yard and said to my dad, ‘I am going to college. I am a Presbyterian, and that’s what we do,’” Davis told the more than 80 people hanging on her every word. “Dad said, ‘Fine, but you’ll pay for it yourself,’ and so I did. I sold my car and went to college.” She earned two degrees, pastored a church, obtained her doctorate and launched her seminary career.

“If someone had asked me what is going to happen in your life, I couldn’t have even dreamed it,” Davis said. “That church gave me an identity so strong that it has kept me going all these years.”

Joining Davis on the panel hosted by Bryce Wiebe, the former director of Special Offerings, were Tracy Dace, the founder and chief executive officer of DREAAM (Driven to Reach Excellence & Academic Achievement for Males) in Champaign, Illinois, and the Rev. Dave Brown, a member of the PC(USA)’s Education Roundtable who’s retired from ministry having most recently served Immanuel Presbyterian Church in Tacoma, Washington.

“I am the proud son of an educator and civil rights activist,” Dace said. “I was under the wisdom of a woman who understood the intersection of education and justice.”

Many evenings while Dace was growing up, his mother was away at meetings. “Why do you go to meetings and leave us at home?” he’d ask his mother, later realizing “what mom was showing me is you have to stand up and advocate and agitate systems in order for Black children especially to have access to higher education.” Dace appeared Wednesday from his mother’s Mississippi home.

His mother, he said, was a math teacher who “demanded perfect grades and perfect citizenship” from her children.

Six years ago, Dace partnered with the church he served as mission coordinator, First Presbyterian Church in Champaign, to engage the congregation to launch DREAAM, which seeks to help boys and young men ages 5–24 to reach excellence in achievement, engagement and behavioral health. “First Presbyterian Church is part of the story because they were there from the beginning,” Dace said, offering DREAAM financial and human resources and prayer support.

Dace offered a final word of thanks to his mother, who “poured into me skills, knowledge and experiences” to help him “be just like her, a person on the battlefield connecting church and classroom.”

Brown said he’s spent “most of my career being a passionate advocate for public education.” It’s imperative, he said, that the world knows that Presbyterians “care about our schools, about quality education and curriculum.”

His efforts have not gone unnoticed. While he was still serving in ministry, teachers would approach him with tears in their eyes. “Nobody ever told me,” said one, “that my work was blessed.”

“It is so darn simple,” Brown said, “and it makes such a difference in people’s lives.”

Nowadays, he has a part-time gig introducing bands playing at a Tacoma ballroom. He manages somehow to say a good word about the Church’s views on education before introducing the next band. “I want you to know,” he tells the educators in the crowd, “that the Presbyterian Church thinks you are doing God’s work. Everywhere I go I am an evangelist, letting people know the denomination cares about education.”