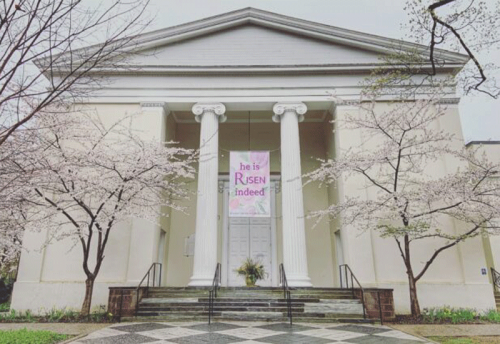 One of the best-loved people at Nassau Presbyterian Church in Princeton, New Jersey, is Danny Miller, who’s now in his mid-30s and has been attending the church with his mother, Nancy Wilson, since he was 5 — three years after being diagnosed with autism.

“I came to Nassau because of Danny,” his mother said to Simon Doong and the Rev. Lee Catoe, hosts of “A Matter of Faith: A Presby Podcast,” which can be heard here. She recalls mentioning on a Sunday school enrollment form that her son has autism and would need an aide. “I immediately got a call from an occupational therapist. From then on Danny was embraced in every way possible,” Wilson said. “The director of Christian education once said to me, ‘Nancy, we will fall short, but we will never give up on serving Danny’s needs,’ and that has been the truth to this day.”

Danny did Catoe and Doong the favor of introducing their 88th podcast. Also joining the podcast was Hannah Millson, who grew up in Nassau Presbyterian Church where her father, the Rev. Dr. David A. Davis, is the senior pastor. Millson is project coordinator for Employment and Business Services at AHRC New York City, which each year supports more than 15,000 neurodiverse people.

Danny’s experience at Nassau has helped his mother grew in her faith, she said. “He gets up on Sunday and says, ‘Go to church,’” said Wilson, who teaches violin at Princeton University and at the Mannes School of Music at The New School in New York City, where she directs the Mannes Baroque Chamber Players. “If I’m feeling a little lazy, that won’t cut it. Off we go.” 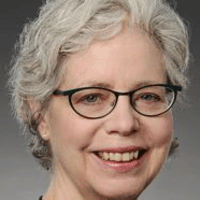 She and Danny have always sat in the front row, both to let Danny “understand the service in whatever way he could” and so that fellow worshipers wouldn’t turn around startled if he made a noise during worship, “especially after his voice started to change,” Wilson said.

“The pastors have been extremely embracing of him,” she said. One Sunday they were talking about the Lord’s Prayer and Danny started reciting it. “The pastors let him recite it the whole way through, and they said, ‘That’s right, Danny.’ Other times someone has sneezed and he’ll say, ‘bless you,’ and the pastor has said, ‘thank you, Dan.’ He’s really become an integral part of Nassau.”

The children with whom Danny attended Sunday school included Millson. During a graduation party for all the seniors, Millson took the microphone and told Danny in front of the church people who love him just as she does, “I just want to talk to you a little bit about much I’ve loved having you” at the church. “You were the most awesome shepherd in the Christmas pageant that we could ever have.” 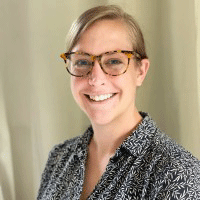 “Whenever I come home, there’s nothing like seeing all the people you love on a Sunday,” Millson said. “Dan and Nancy are two of those people.”

It “didn’t have to be the case” that the church has consistently embraced Danny, his mother said.

“There could have been a pastor who said, ‘He’s making a little too much noise. Could you go sit in the back?’ or ‘We have a special place for special children.’”

During Danny’s teen years, “life was different for me in so many ways,” Wilson said. “We would go to church some Sundays and he just wasn’t behaving to the standards that we wanted. There I am sitting in the first row just about to cry, or crying, with my head down. Whenever that happened, the pastor after the benediction would come to say, ‘We’re so glad you and Dan are here.’ We have a church where people say, ‘We meet you where you are’ and they really mean it.”

Doong said for him a takeaway from the conversation is the reminder that everyone is made in the image of God. “We all have something we can teach and learn from each other, but we don’t see that unless we make an effort to do that,” Doong said.

Sovereign and loving God, we praise and glorify thy holy name. We thank you for your blessings and care. We thank you for the gift of your Son, Jesus Christ, who treated all as a treasure and as a gift of special value. Bring us the opportunity to do the same with all of your Creation that we find in our path. Amen.