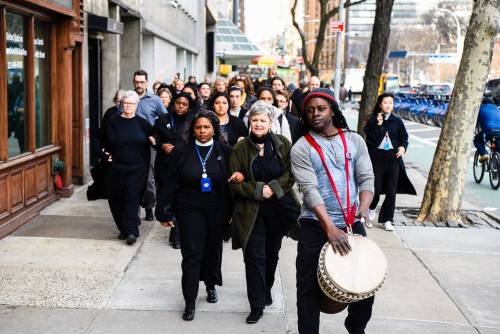 In 1948, humanity declared a movement toward freedom, justice and peace, and yet, we are still fighting for that today.

In his book Sacred Earth, Sacred Soul, John Philip Newell writes, “Why did the #MeToo movement take off so quickly in recent years in which hundreds of thousands of women came forward to speak out against abuse? Why did the Black Lives Matter protests burst onto the international stage within days of the George Floyd murder in Minneapolis? In each of these situations, deep down, we know something sacred was at stake. And we woke up.”

God, we come to you today acknowledging that we often forget that all life is sacred.
We come to you admitting that we often forget we all belong to one another.
So today, Lord, give us curiosity before judgment,
give us love before hate,
give us belonging before division.
Help us to be more aware of the sacred Light in each person.
Help us to permanently wake up today.