‘I believe very firmly as a Muslim that Christ’s love was meant for me, too’ 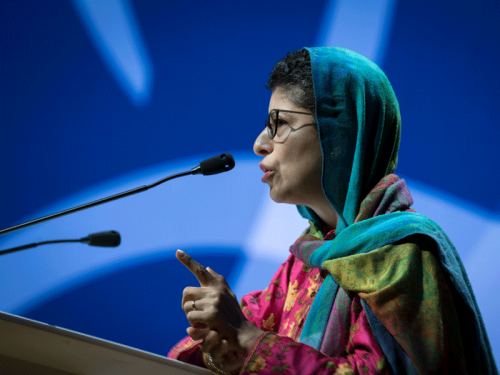 During each of her nearly 20 years working for the United Nations, Dr. Azza Karam, now secretary general for the organization Religions for Peace, would take in “the awe-inspiring moment” along with prime ministers and presidents as the U.N. General Assembly got underway each year.

“To be very honest with you,” Karam told the World Council of Churches recently, “this [11th] Assembly and this room is far more inspiring and far more meaningful.”

Nearly two dozen representatives of the Presbyterian Church (U.S.A.) were among those attending the WCC Assembly in Karlsruhe, Germany.

“I wish to make a plea,” she said, “and if I hadn’t been so short, I would get on my knees as I make my plea. … The plea is this: Christ’s love wasn’t mean only for people of the Christian faith. If Christ’s love is meant for all of humanity, what would that mean practically for each of us in this room? I believe very firmly as a Muslim that Christ’s love was meant for me, too.” 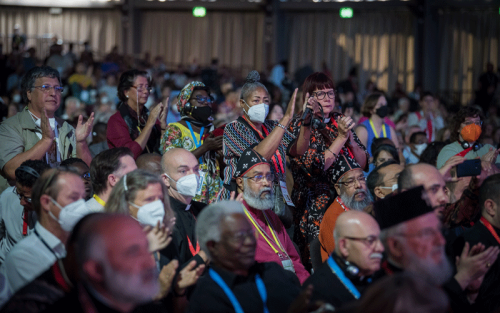 Merciful God, make us courageous and compassionate in our outreach to our neighbors living beyond the doors of the church. Shine your light through us that we might be a blessing to them. Open your church to the blessings you have for us from those we have yet to meet. Amen.