Laying aside ‘every weight and the sin that clings so closely’ 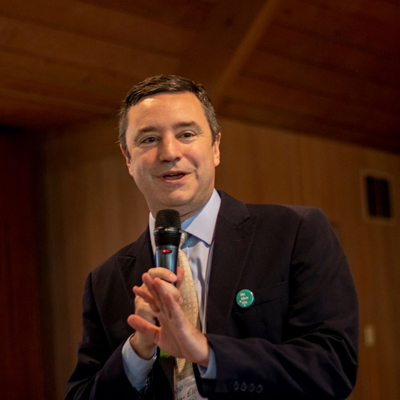 Last summer, together with his partner, Troy, the Rev. Brian Ellison, executive director of Covenant Network of Presbyterians, crossed three countries off his bucket list with a visit to the Baltic states — Estonia, Latvia and Lithuania. In Latvia’s capital, Riga, they visited the new Museum of the Occupation of Latvia, which “tells the story of a healthy functioning democracy” in a country that was occupied from 1939–89 by first the Soviets, then the Germans and then the Soviets again.

“It stands almost defiantly,” said Ellison of the new museum during his sermon opening the recent Covenant Conversation held at Westminster Presbyterian Church in Oklahoma City. During the nation’s long occupation, 180,000 Latvians died after being deported to concentration camps and fighting in World War II. The museum “beckons tourists to come in and look” because “you can’t understand our identity as Latvians unless you know of our challenges,” Ellison said.

That got Ellison to pondering the Scripture he used for the worship service, Hebrews 11:29–12:2, a passage Ellison learned as “The Hall of Faith,” although some of its storied members may seem “a little off.”

Gracious God, thank you for the blessings in abundance that allow for your gifts to overflow to those in need. Empower us, your servants, to share of your good gifts, and in so doing, know the abundant love you have for all your children. In Christ’s service we pray. Amen.