It’s time to name the demon 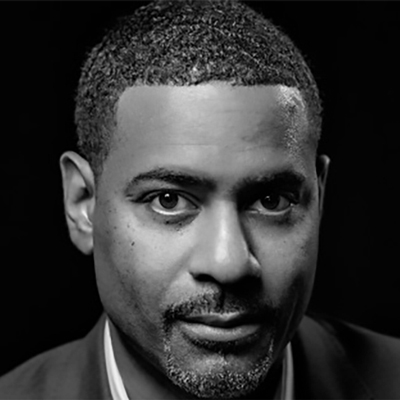 The Rev. Dr. Otis Moss III remembers the heartbroken grandmother of a man in denial of his drug addiction. “Son,” she told him one day, “until you name the demon, you ain’t never gonna be free.”

“The moment he made that decision and named [his addiction] was the day he began to walk the road of recovery,” Moss said during a recent worship service. “There’s something powerful when you are willing to name that which causes shame. It gives you the authority to cast it out of your life.”

The nation also has a responsibility to name the demons “that have been holding us back,” said Moss, senior pastor at Trinity United Church of Christ in Chicago. “There are those who refuse to name the original sin of this particular nation.” There’s also “revisionist history” being spun around the Jan. 6 siege of the U.S. Capitol, he said. “They are now saying it had nothing to do with privilege, racism, white supremacy or any ideology that keeps us from being who God wants us to be,” he said.

He spoke to his father, the Rev. Dr. Otis Moss Jr., the pastor emeritus at Olivet Institutional Baptist Church in Cleveland, about what they’d seen in the news coverage. “I’ve seen that mob before,” the father told his son, in Selma, Alabama and in Atlanta, and in other places. “It has the same ideology and is possessed by the same spirit. Until we learn to name some things,” his father said, “we will never be free from them.”

“Want to learn how to be released?” the younger Moss asked the crowd. “There’s a brother named Jesus you need to talk to who lays out what you need in order to be free.”

In addition, “he was out of the mass incarceration system,” Moss said, noting he’d often been restrained with shackles and chains. We also see in the biblical text he had mental health challenges: he was “cutting himself day and night, trying to hurt himself,” Moss said. Still, when he hears Jesus is in town, he comes running to the Lord and falls on his knees.

The man’s message to Jesus was, “I recognize you are from the religious community and I offer words of respect to you.” He tells Jesus not to torment him. “He had problems with religious people before,” Moss said. “Religious people can be the problem, but faith is the solution.”

“Don’t treat me like they did!” the man is saying to Jesus. “I don’t want that religion that torments me and creates trauma,” Moss said. “Truth be told, a lot of us are recovering from religious trauma. We ran into the wrong rabbi.”

Jesus asks his name, and the reply is, “My name is Legion, for we are many.” The demons answered for the man.

“His issues answered, not the man,” Moss said. “You’ve got to be careful about letting your issues speak for you … If you operate based on your issues, you will always live in the basement of possibility instead of rising to the level God desires for you.”

In elementary school, Moss was placed in a basement classroom because a test indicated he had a learning disability. “I thank God” for the placement, he said. The teacher in the basement classroom was Miss Burns, an old-school schoolteacher. “My name is Miss Burns,” she told students on their first day in her classroom. “I’m here to let you know you don’t belong here. There is greatness in you. Don’t allow anybody to tell you what you cannot do.”

“You belong in the penthouse of possibilities,” Moss told the gathering. “Do not allow your issues to speak for you.”

Gracious God, we take seriously your command to go into the world and make disciples. We pray that you will allow us to see and taste the fruit that you grow among our new disciples. We offer our prayer in the name of Jesus Christ. Amen.