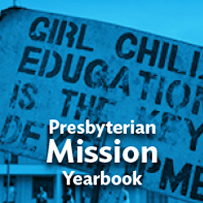 Nelson Mandela famously said, “Education is the most powerful weapon which you can use to change the world.” John Matlosa, and all those who know him, would be among the first to agree.

Born into a poor family in the mountains of Lesotho, a country encircled by South Africa, Matlosa and his siblings were raised by a single mother. In order to feed and clothe the children, their mother contracted with a man in the village for Matlosa and his brother to herd cattle. In this largely rural and agrarian country, it is not an unusual occupation for boys, ages 7-12. The opportunity to attend school full-time was a distant dream.

John’s life changed when his mother moved her family to the capital city to give her children an opportunity to go to school.

Matlosa was 10 years old when he started his formal education. A friend brought him and his sister to a local church, where he became active in the youth program, studied the Bible, and learned English, progressing quickly in his studies. Through a Presbyterian Church (U.S.A.) partner church, John’s mother received a loan that allowed her to begin raising chickens and marketing the eggs. The church also provided a scholarship so Matlosa could continue his studies full-time.

In Lesotho, Presbyterian partner churches manage a large number of schools and have been involved in education for more than 180 years. In recent years, the churches have added nonformal and distance-learning programs for children like Matlosa, who cannot attend regular classes.

Matlosa went on to attend high school in Lesotho, and after graduation attended the Centre for Accounting Studies, where he excelled in internal auditing. He was the first Mosotho (an indigenous person to Lesotho) to become a certified internal auditor. Now in his early 30s, Matlosa has helped found and is the current governor of Lesotho’s Institute of Internal Auditors. He married his wife, Rethabile, at the church where he began attending Sunday school years ago and where he remains a congregational leader, dedicating his time and talent.

The church also helped him bury his beloved mother.

“John’s story is similar to millions of children whose education is delayed or interrupted due to work demands, migration, illness, and family circumstances,” says Frank Dimmock, who with his wife, Nancy, was a mission co-worker in Lesotho and knows Matlosa well. “When the opportunity exists for children to receive a quality education, it can be transformative—it was for John.”

O Lord, you call to us throughout the ages. We give thanks for the generations of faithful witnesses on whose shoulders we stand. May your Holy Spirit inspire and equip us to share our faith by ministering to others. Amen.