Ministry staff talk about how they have responded to current issues, how people can get involved 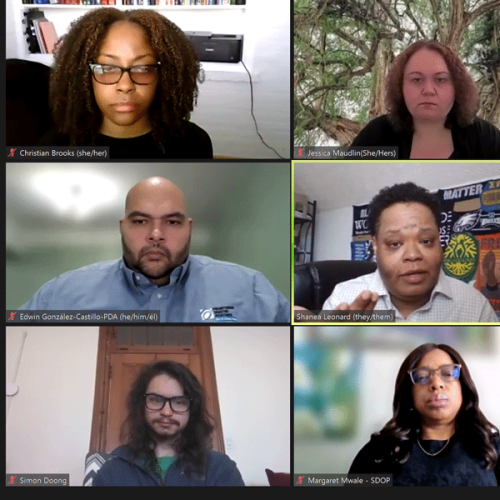 Two-thirds of the way through the second session of CPJ Training, moderator Christian Brooks of the Presbyterian Church (U.S.A.)’s Office of Public Witness turned the conversation to recent headlines.

Specifically, she brought up bills that have been introduced and, in many cases, passed in state legislatures across the country targeting people, particularly children, in the LGBTQIA+ community.

“It is happening not just in the South,” said the Rev. Shanea D. Leonard, Associate for Gender Justice in the PC(USA)’s Office of Gender and Racial Justice. “In the West, in the East, and all over — even here in Kentucky, where our PC(USA) headquarters is located — there are bills that are targeted at not only health care, but education around our youth, around all kinds of facets of life, particularly around LGBTQIA+ folks.

Now, with the rights of the LGBTQIA+ community under attack, it is again time for the church to speak and act, which Leonard had been doing through their office in the Presbyterian Mission Agency’s Compassion, Peace & Justice (CPJ) ministries.

Among actions taken in response to the situation: 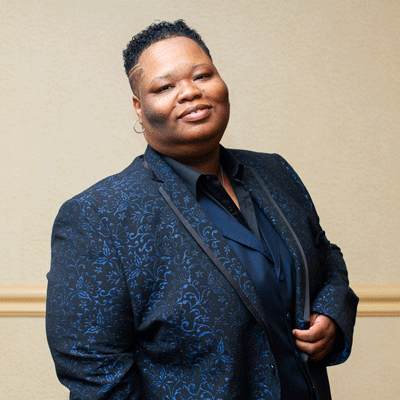 Leonard was one of five ministry-area participants in the second day of CPJ Training, a virtual event that this year focused on how Compassion, Peace & Justice ministries are focusing on civil and human rights. The second day addressed domestic issues and work being done by the Gender and Racial Justice Office, as well as the Presbyterian Peacemaking Program, the Presbyterian Hunger Program, Presbyterian Disaster Assistance, and the Presbyterian Committee on the Self-Development of People.

After presentations from each of the panelists on their ministry areas, a question-and-answer session included questions about how people could get involved with their work.

Doong noted that Presbyterians should also look for opportunities to work with organizations in their areas that are addressing issues they feel are important.

“I would also just add that something that I’ve learned in my time with the peacemaking program is that justice work is hard, but justice work also can be really creative and inspiring. That gives you the motivation to keep going,” Doong said.

God of all peoples, grant us your Spirit as you give us new opportunities for ministry. We pray that you will continue to transform our communities as you mold us into your people. In Jesus’ name we pray. Amen.