Presbyterian University of East Africa may be saved by land sale

The Kenya Mission Network conference in Dallas earlier this year touched on a topic that is critical to Kenyans: the potential closure of the Presbyterian University of East Africa as well as two larger universities with religious roots.

On Jan. 25, Acting Education Cabinet Secretary Fred Matiang’i revoked the operation license of Presbyterian University of East Africa, according to The Daily Nation, a media outlet in Kenya. Matiang’i cited the fact that the university hasn’t paid staff in two years and mounting debt as reasons for the closure. Over 1,000 students are enrolled in the university for the 2017–18 school year. 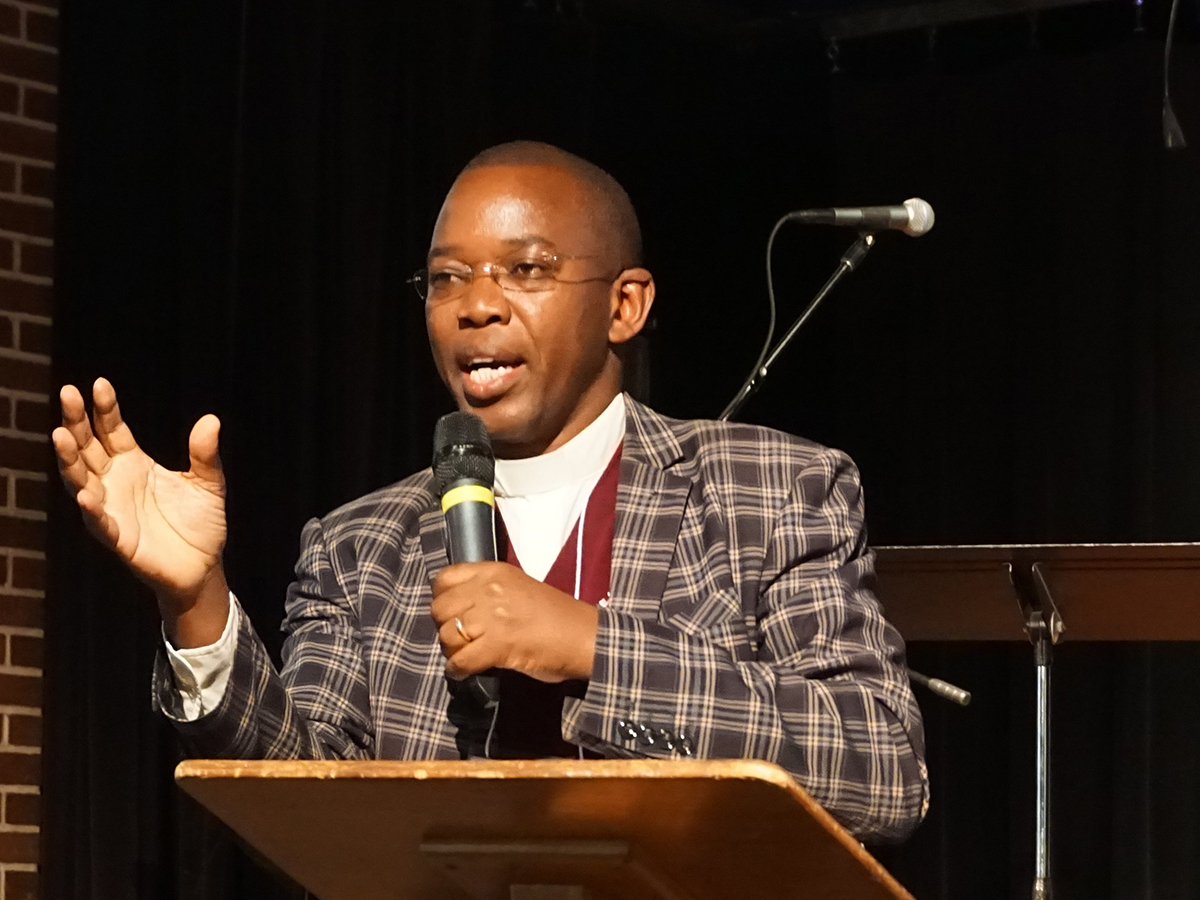 But the problems could be solved with the sale of land, said the Rev. Robert Waihenya Ngugi of Nairobi, who attended the conference. He gave an update on the situation surrounding the university and explained how it came under government scrutiny. He serves as national director of the Missions and Social Responsibilities Board in the Presbyterian Church of East Africa.

“It is not a lost cause,” Ngugi said.

About 40 people attended the Kenya Mission Network conference, including members of churches in Detroit, Oregon, West Virginia, Virginia, New Jersey and Georgia. The group meets annually with an informal structure that encourages sharing and collaboration.

The agency has also proposed that CUEA and KeMU be given a year to restructure their operations and gain solid financial footing. Both of those universities have charters, unlike PUEA, which is still under interim authority to operate.

As the school’s enrollment grew, the university’s president created satellite campuses, Ngugi said. But the money they received wasn’t passed along to the main campus, and the university began to accumulate debt quickly.

Ngugi said the Presbyterian Church of East Africa had been told not to oversee the university too tightly — to let those who were running the university and more familiar with higher education do their jobs. “There was not direct supervision by the church,” he said. “That is where the waters started beating the boat.”

Two Presbyterians who have taught at the university shared their experiences at the Kenya Mission Network meeting. Bobby McCutcheon, a retired professor at Davis & Elkins College in Elkins, West Virginia, went to the university and worked from January to March 2016 to teach Greek to students going into ministry. “The classrooms were rudimentary, and the internet was spotty,” McCutcheon said. “But the spirit was wonderful.”

The Rev. Kamau Thiaru, who has taught theology at the university for two years, said he believes the university has done wonderful work and can be sustainable if given the opportunity. “In my opinion, there have been major strides in the growth of the university in the past two years,” he said.

Kenya Mission Network members asked what they could do to support the university. Ngugi told them the university would like to have more visiting professors to help teach and would welcome any contributions toward paying the way for students. Fees that may seem small to Americans can be large obstacles for Kenyans seeking an education.

Robyn Davis Sekula, Ruling Elder, Highland Presbyterian Church, Louisville, Kentucky, and Chair of the Board of Send a Cow US, Member of the Kenya Mission Network

Loving God, we pray for the Kenya Mission Network and all those who find themselves in desperate situations. Guide them and fill with hope those who try to be faithful to you in difficult times. Amen.