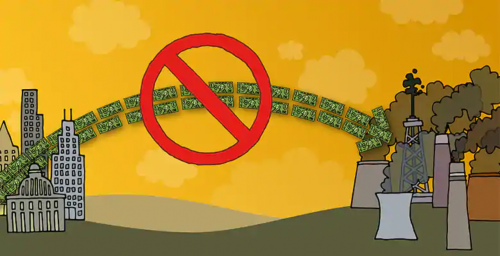 “Whereas; National Capital Presbytery expresses its profound concern about the destructive effects of climate change on all God’s creation, including a disproportionate impact on communities of persons of color, those living in poverty, and in the least developed countries; the elderly and children; and those least responsible for the emissions of greenhouse gases. The National Capital Presbytery thus recognizes the moral mandate for humanity to shift to a sustainable energy plan in a way that is both just and compassionate. This mandate compels us to action as a presbytery to divest from the fossil fuel industry even as we reduce our use of fossil fuels and shrink our carbon footprint and

Whereas; National Capital Presbytery acknowledges that those working in the fossil fuel sector may suffer economic disruptions and personal hardships as the world transitions from obtaining its energy from fossil fuel sources to renewable energy sources and therefore, the NCP supports efforts of the PCUSA to use its resources to assist fossil fuel workers through this transition.”[1]

To understand how this decision came about and to encourage climate action throughout the church, two members of the Youth Carbon Analyst Program (YCAP), Anne-Fleur Winter and Claire Wilson-Black, interviewed two leaders, Mark Eakin & David Kepley, who represented the presbytery’s Earth Care Network in this divestment effort.

YCAP is a program of the Earth Care Network of National Capital Presbytery, involving an intergenerational partnership of youth and adults in the presbytery seeking to fulfill the 2006 PC(USA) ‘carbon neutral lives’ resolution by advocating for net-zero greenhouse gas emissions in the church while measuring current emissions and monitoring reductions over time.

DIVESTMENT IN THE PRESBYTERIAN CHURCH PC(USA):
How National Capital Presbytery decided to divest from fossil fuels, and why the church should now not only divest but fully decarbonize. 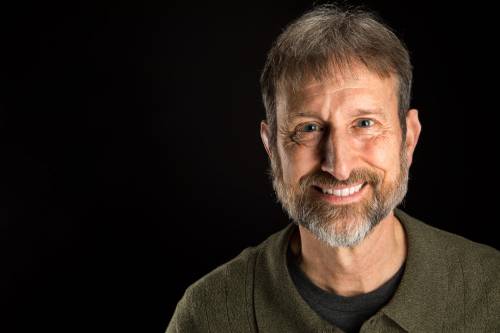 Two leaders of the divestment action are David Kepley and Mark Eakin, both members of Presbyterian churches in the National Capital Presbytery—which covers the Washington, D.C. Metropolitan area—and both involved in several groups advocating for environmental issues within the presbytery and their churches. 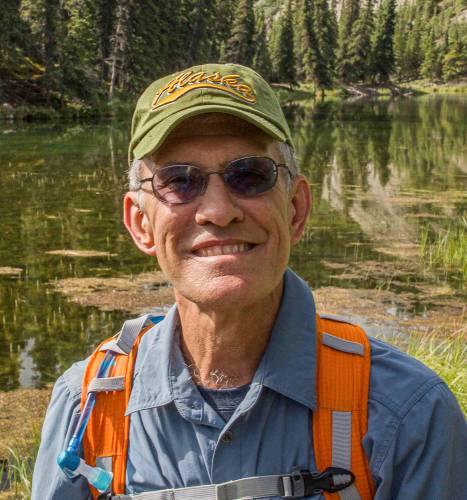 David Kepley, who earned his PhD in History and has worked for the National Archives and taught at Northern Virginia Community College, has a passion for the environment and decided to pursue it full-time when he retired after his 37-year career. He is the head of the Earth Care team at Providence Presbyterian in Fairfax, Virginia, a leader of the Earth Care Network at the presbytery level and is involved with Fossil Free PCUSA, an organization working to make sure that PCUSA and its members and churches are doing all they can to be stewards of the Earth, specifically by divesting from oil, gas, and coal companies. “In my retirement I’ve decided to see if I can make a difference in the world,” David Kepley said. Mark Eakin is similarly involved with Fossil Free PCUSA and the Earth Care Network at the National Capital Presbytery level, as well as with the environmental stewardship team at his church, Warner Memorial Presbyterian, in Kensington, Maryland. Mark recently retired after 29 years working with the National Oceanic and Atmospheric Administration (NOAA), running a program called the Coral Reef Watch. He has a PhD in oceanography and has testified before the U.S. Congress on the impacts of climate change.

We interviewed David and Mark over Zoom to hear from them about this recent Presbytery decision.

1.  What is the presbytery divesting from? (specific companies?)

Mark and David explained that the presbytery maintains investments into various companies with the money that they receive from church membership. Before the divestment decisions, there were no limitations as to where that money could be invested in terms of environmental regulations. This vote set restrictions as to where that money can be placed. Specifically, it stops it from being invested into fossil fuel companies, “listed in the carbon underground 200 or companies listed in the Global Industry Classification Standard (GICS) 101010 and 101020”.[2] The money currently invested into such companies will be moved into other investments.

2.  Are these presbytery funds or are these the funds of individual churches?

3.  Why is it important for the presbytery to divest from fossil fuels?

The decision is both ethically and financially reasonable. Ethically, the church should be supporting the guardianship of our planet, and part of that is not directly supporting companies that are actively profiting over its destruction. By owning shares of companies that work in the fossil fuel industry, the burning and collection of which is one of the main sources of greenhouse gas emissions and therefore a huge contributor in climate change, the presbytery is, in effect, supporting such actions. Mark and David made it clear that the presbytery must divest in order to be consistent with church claims of environmental stewardship. As succinctly stated in the final line of the overture: “It’s time to put our money where our mouth is. It’s time to divest from fossil fuels.”

Financially, fossil fuels are lucrative, but their value has fluctuated a lot. In past years, investment profiles without fossil fuels have done better than those with.[3] By divesting from fossil fuels, the presbytery will not be losing a drastic amount of money. That money will be reinvested into other companies and will continue to generate profit.

4.  What is the sequence of steps that brought about the success? (success story narrative).

5.  What will happen with the money? Reinvestment? If so, where?

The money will be reinvested by the investment commission of the presbytery. The vote passed places no restriction on reinvestment further than a block in investing into those same companies from which the money was divested. There may be an internal push towards investment into companies that maintain certain environmental, social, and governmental criteria, but this will be left to the discretion of those in charge of the presbytery’s investment.

6.  How did this success happen given that many ideas never get momentum?

This action took a year and a half to succeed, and the team that made it happen had to work through many difficulties, including the pandemic. But David said that they just kept going and persisted. They also had the advantage of working with people of faith, who are moved by their call to serve others and the world.

Environmental issues disproportionately affect communities of color, and David and Mark said that when you frame this issue as one of environmental justice, people of faith resonate with that. “People of color are being hurt by this, they are living near coal ash pits, and when it rains heavily, they flood over… and their well water gets poisoned,” David said. “Is that what we want to invest in?”

Mark emphasized that while this action in and of itself may not have a dramatic effect on the carbon footprint, “We are a part of that movement that’s making a difference.”

7.  Who/what were the main barriers along the way?

Although generally supported at the mission team and presbytery floor levels, as is evident from past votes on the question of divestment in the general assembly, the project did result in a certain amount of pushback, which came from multiple different people and for various reasons. Initially there was a certain amount of political pressure from people with different political ideologies, specifically those who are fiscally conservative, as although this seems like a social issue at heart, the consequences are economic and financial. These arguments were diminished by data supporting the financial benefit, or at least lack of financial loss, based on divestment. There was also pushback from the investment committee of the presbytery, who, as David explained, perceived their job to be to make money and did not want vague regulations limiting their ability to do their job. This issue was resolved with the addition of strict definitions of which companies would be affected by the divestment via the carbon underground 200 list and GICS standards.

One main argument from those that were hesitant about voting in favor of the bill was in regards to shareholder activism and the idea that, if the presbytery divests, they will no longer have a voice and a stake in the company, which they could have used to pressure the company into environmental regulations. Although this is a somewhat valid concern, it isn’t a great argument at this level of divestment: Since there are only two people on the presbytery’s investment committee, they likely aren’t going to most, if any, of these stockholder meetings, and are not having much of an impact even if they do go. Mark and David noted that, typically, the only action that results from going to such meetings is greenwashing and performative activism on the part of the company executives: no actual substantive change.

8.  Are you aware of any other presbytery votes for climate action in National Capital Presbytery? What else has been done at the presbytery level before this decision?

There are other presbyteries around the United States that have voted to divest from fossil fuels, as well as several churches within our presbytery that have chosen to divest their own funds from fossil fuels. The Fossil Free PCUSA strategy has in the past focused on the whole denomination for divestment, but because there have been difficulties at that level, they have started to look at divestment at the presbytery level. David Kepley explained, “If you can’t do it top-down, do it bottom-up. Or do both!”

9.  In 2006, there was a PCUSA statement calling on the church ‘to seek to lead carbon neutral lives’, what next steps do you recommend for more ambitious climate action following the successful divestment decision?

Divestment is a great initial step; it stops the presbytery from causing harm with its money. The next step is to do good. This comes from encouraging renewable energy sources, within the presbytery itself and, simultaneously, through larger scale activism. This is a step that YCAP, the youth carbon analyst program, is working towards by measuring church emissions and advocating for the installation of renewable energy sources in churches. The next step also includes helping those who will get left behind by the loss of the fossil fuel industry over time, specifically those who will lose their livelihoods with its eventual destruction and those that are currently being hit the hardest by climate change, to make sure that they are able to recover. The overture describes a “moral mandate for humanity to shift to a sustainable energy plan in a way that is both just and compassionate. This mandate compels us to action as a presbytery to divest from the fossil fuel industry even as we reduce our use of fossil fuels and shrink our carbon footprint.” Further, it indicates “the NCP supports efforts of the PCUSA to use its resources to assist fossil fuel workers through this transition.” People who currently work in fossil fuel industries should not be abandoned, their knowledge and skills can be used and retrained to apply to the renewable energy industry. They will play a powerful role in this transition.

[1] The divestment overture is found near the end of the 2/23/21 presbytery meeting description: https://thepresbytery.org/wp-content/uploads/2021/03/Presbytery-Meeting-March-23-2021-rev.pdf

[2] Subsection 3a, in the divestment overture