For many Presbyterians a faithful response to the climate crisis starts with individual lifestyle choices to minimize our carbon footprint. These actions could include such things as reducing meat consumption, using bikes or public transport instead of cars, buying an electric car, recycling, taking less air travel, or choosing to eat local organic food. 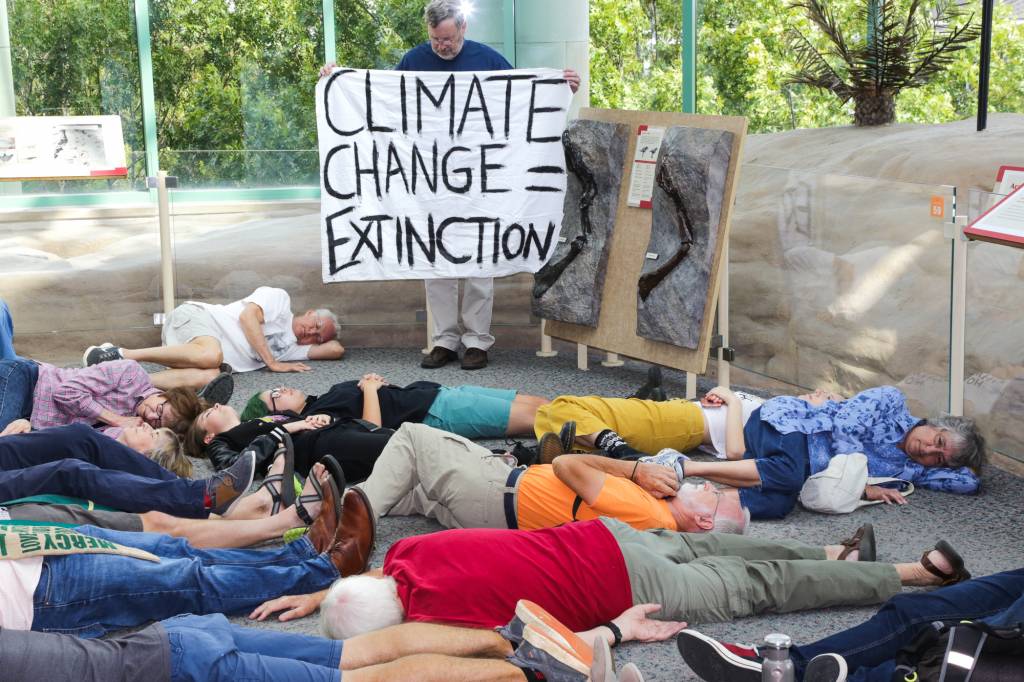 The current crisis is almost entirely caused by us — humans. In fact, 99 percent of currently threatened species are at risk from human activities, primarily those activities driving habitat loss and global warming. Photo courtesy of Elkin Presbyterian Church.

While these types of individual actions are important, they will not solve global warming with the speed and scale now required.  In this new reality, climate activist Bill McKibben says, “The most important thing an individual can do is be less of an individual. Join with other people in movements large enough to effect change in policy and economics that might actually move the system enough to matter. You can’t do it anymore, one light bulb, one vegan dinner, at a time.”

Here are three arenas of climate action through which Presbyterians are currently working to fulfill the calling to be faithful stewards of the Earth and to seek economic justice for the most vulnerable.

The climate crisis has a time problem. If we don’t solve it soon, it doesn’t get solved.