Muslims and Christians Commit to Living ‘Together in Peace’ 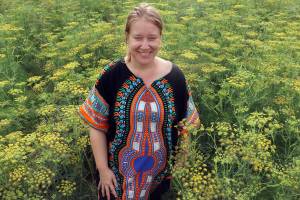 At a time when Christian-Muslim relations are discussed daily in nearly every corner of the world, Niger in West Africa remains one of the best examples of mutual respect and peaceful coexistence between the two faiths.

“When the majority population is so large, there can sometimes be a tendency toward dominance, but not in Niger,” said mission co-worker Claire Zuhosky. The country is about 98 percent Muslim and only 2 percent Christian.

The peacefulness was tested in January 2015, when 10 people were killed and more than 40 churches were burned in protest of a cartoon depicting the prophet Muhammad in the French magazine Charlie Hebdo.

Wanting to provide support after the attacks, pastor Maiaike Kadade, president of the EERN (Evangelical Church in the Republic of Niger), visited the damaged areas and said his group heard of multiple instances in which Muslim friends and neighbors had rallied, standing in front of protestors to prevent churches from destruction. He said many congregations of churches that were burned met in tents the following Sunday, declaring that “nothing stands in the way of Christ.” All the pastors preached forgiveness and told their church members that “God was using them for a higher purpose.”

EERN is the largest Protestant church in Niger, and in recent decades the church and the Presbyterian Church (U.S.A.) have worked as partners in mission. EERN has a strong commitment to sharing hospitality with its Muslim neighbors. Islamic herders and traders know that as they cross the Sahel (a transitional zone between the Sahara desert and Sudanian savannas) on foot with their livestock, they are welcome to stay for several days at EERN churches. The churches are known as “misericorde,” places of refuge.

Debbie Braaksma, who heads the Africa area office for World Mission, said one of the experiences she cherishes from a visit to Niger was accompanying Kadade to visit a good friend who is an imam. “We had time to pray together, and the imam said, ‘Our prayer is for peace. We must live together in peace,’” Braaksma said. “He said because of the close relationships between Christians and Muslims in his community, such as his friendship with Reverend Kadade, the community was not torn apart by the violence.”

Zuhosky said that each day she sees Christians and Muslims sharing “a connection from which so much perspective can be shared, when peering into each other’s lives makes the Light shine through all the cracks.”

She experienced that firsthand on March 15, 2015. While staying in an EERN guesthouse, her room caught fire and she lost everything, including the only photos and videos of her deceased mother. Her church family supported her in every way, but support also came from unexpected places.

“I was told of how my Muslim friend, a man I buy pop from on the corner, who tries valiantly to teach me a little Hausa each time I am there, had jumped the wall and tried to assist with putting out the fire,” Zuhosky said. “Sometimes you never know the connections you have made until circumstances like these make them self-evident.”