LOUISVILLE – In a recent denominational survey, nearly three-quarters of Presbyterians said that “Jesus Christ is the only Savior and Lord,” a finding that stands in contrast to an earlier study on Presbyterian views of salvation.

In 2011, a Presbyterian Panel study found only 41 percent of respondents agreed, “only followers of Christ can be saved.” The use of the word “followers” in the earlier study probably accounts for the different results, said the Rev. Dr. Charles A. Wiley III, coordinator of the Presbyterian Mission Agency’s Office of Theology and Worship. 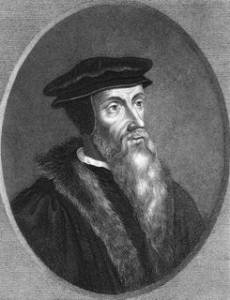 “Presbyterians have never been comfortable talking about salvation from the point of view of the followers—we’ve never been terribly optimistic concerning human ability to follow Christ,” Wiley explained. “John Calvin, the founder of our tradition, said that he couldn’t have certain knowledge of his own salvation. He needed to have faith that he was saved. And the certainty of his faith was grounded in Jesus Christ, the author of his salvation. The strength of his faith was not enough.

“We Calvinists emphasize salvation as a work of Christ—our following is an act of gratitude for salvation,” he continued. “The very different answers to the two questions is consistent with a strong Christology that emphasizes the work of Christ.”

The most recent Presbyterian Panel study found 73 percent of teaching elders and 74 percent of members believe “Jesus Christ is the only Savior and Lord.” The results are from 1,209 panelists–750 teaching elders and 459 members—who were sent questionnaires in August. The findings of the study, conducted by the Research Services office of the Presbyterian Mission Agency, were published online last month.

Despite agreement on the centrality of Christ, the survey showed Presbyterians hold diverse beliefs regarding the roles God and humans play in the salvation process.

The two other statements about the path to salvation drew about an equal percentage of agreement between teaching elders and members. “God saves everyone” was the position of 28 percent of members and 29 percent of teaching elders, and six percent of each group said, “salvation is an outdated concept.”

Other Reformed/Presbyterian principles considered very important by a majority of both members and teaching elders included:

Four Reformed/ Presbyterian principles were seen as very important by a majority of teaching elders but were viewed as less important by most members:

Today’s Focus:  Presbyterians agree on the centrality of Christ for salvation

May the tender mercy of Christ cause God’s love-light to shine upon us so we can reflect light to those sitting in darkness and together follow the Spirit’s guidance into the way of peace-for ourselves, our neighbors, and the world. Amen.