Alla Soroka inspired by opportunity to participate in Peacemaking program 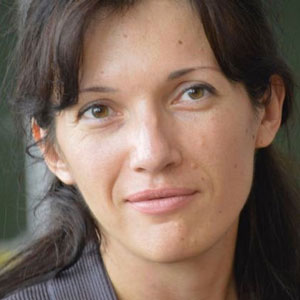 Alla Soroka will be traveling the U.S. this fall as a 2017 International Peacemaker. (Photo provided)

LOUISVILLE – Although she never planned it as her life’s vocation, Alla Soroka has been actively working with at-risk children since 2005. She found her passion, and her trust in God, working with teenage prisoners, children and orphans living in the streets of her native Odessa, Ukraine. She will be sharing some of her experiences this fall (Sept. 22 – Oct. 16) traveling to selected Presbyterian churches, universities, and theological institutions in the United States as a 2017 International Peacemaker.

The challenges Ms. Soroka faces in Ukraine have roots that go back nearly a century to her country’s communist heritage. A sovereign state in Eastern Europe, Ukraine is bordered by Russia to the east and saw its territories consolidated into the Soviet Republic in 1922. It gained its independence after the end of the Cold War in 1991, but the communist mindset is still very much alive.

“My country has a difficult past and we’re still dealing with rules established under the Soviet regime,” said Soroka. “Our way of life is comparable to a wall of bricks. To build a strong wall, all the bricks should be the same. If there is a stone of a different shape, it’s thrown away. People in my country are supposed to submit themselves to the system and be like perfectly structured bricks in order to build the perfect wall. Consequently, those that do lose their uniqueness and personality.”

Working with kids every day, Soroka sees how the system can harm the entire family structure.

“Quite often I see damaged kids, and many of them have damaged parents. Children who live in orphanages or prisons live in a system that doesn’t address their needs,” she said. “They’re deprived of care, support, and understanding and no one values their importance or uniqueness. I often find that parents are also lost and many have a childish attitude because of their past, where they were also left to fend for themselves.” 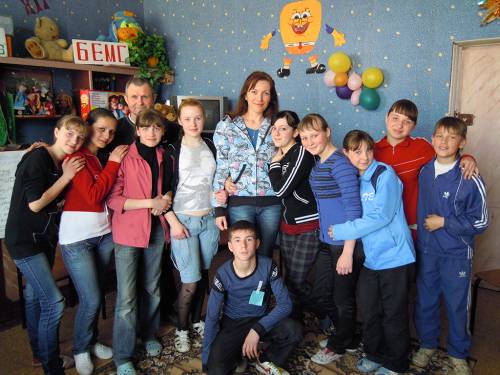 Soroka began her career working with the Odessa Regional Mediation Group’s “Restorative Justice” program, focusing on youth in jail. She has a master’s degree in psychology and is trained in the “Alternatives to Violence” program developed by the Quakers, where she served as their Ukraine coordinator and taught nonviolent strategies and communication skills to groups, including incarcerated young men.

For the past 10 years, she’s been on staff at This Child Here, a non-profit organization dedicated to helping orphans and other vulnerable youth in Ukraine, and currently serves as its project manager. This Child Here also designs and funds programs to help at-risk children deal with addiction and self-esteem issues.

She’s expanded her work over the years to include Ukraine’s orphanages, at-risk public school children, and potential foster parents. For the past two years, she’s helped organize a peacemaking and reconciliation camp for families displaced by military conflict in eastern Ukraine. The Summer Camp for Peace creates a resting atmosphere to help participants feel more comfortable and relaxed, features games and craft-making activities and generally provides a joyful, safe environment for families evicted from their homes by war.

“The people in our camps have lost their jobs and homes and are extremely uneasy about adapting to a new place. For parents who are worried about what’s next, it’s hard to concentrate fully on giving their kids the attention they need during this emotional time. Unfortunately, it’s the little ones who are the first to suffer and are most affected by this trauma,” said Soroka.

Soroka is quick to point out the support she’s received from Presbyterians. This Child Here’s executive director, Robert Gamble, is a graduate of Columbia and Princeton seminaries, as well as the U.S. Coast Guard Academy. He served as an officer in the Coast Guard, and as a mentor to the native Odessan.

“Robert is a person who breathes Christianity and evangelism by putting it into practice, he is not just a theorist. We have the same goals and we’re both empowered by caring for children,” said Soroka. “I think that is a big reason why we’ve succeeded in our mission for the past 10 years. Some of our greatest support for our projects have been financed by Presbyterians, for that we are extremely grateful.” 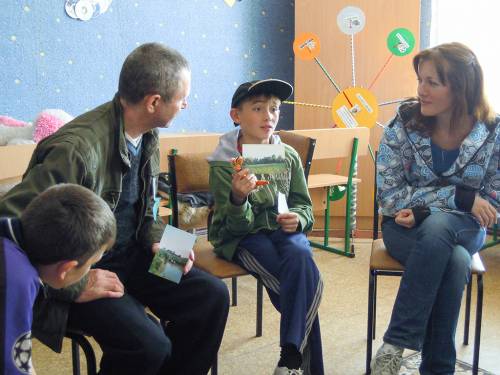 In a 2016 blog post describing the history behind This Child Here, Gamble described how Soroka’s skills and contributions benefit the organization and the children it serves.

“Alla takes a personal interest in these children. It’s not just a job,” he said. “What she does professionally is help kids with issues of trust, accountability and responsibility. She gives time to meeting with kids individually and she works with them in groups. These ‘trainings’ as she calls them, are really a full day of interactive and non-competitive games sandwiched between conversations about what kids just did and felt in the activities. It’s intense, well-planned and yet flexible enough to focus on a youth or child who needs it. What happens in the room with these youth and children is really quite remarkable. Most of these kids have never had such an experience of interaction and conversation. They don’t get this kind of learning experience in the standard orphanage.”

For her part, Soroka is humble about her life’s work.

“I don’t think I’m doing something special,” she said. “My work is a regular job that’s part of life. Through it I would like to learn something and I believe God wants to teach me.”

Soroka looks forward to her opportunity this fall as an International Peacemaker with the Presbyterian Church (USA), and believes it’s a truly powerful experience when people from different countries and cultures meet each other and are linked by the same goals and values.

“There is a lot of precious power in peacemaking and God loves it.”