Ministries working for safe water in the U.S. and around the world 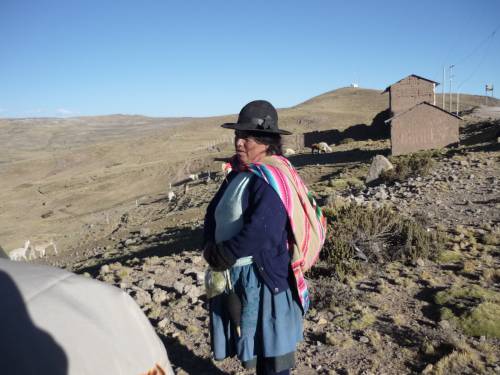 LOUISVILLE – As people around the globe observe World Water Day today, Presbyterian Mission Agency (PMA) ministries are working at home and abroad to help bring safe drinking water to the 663 million people who lack it.

In places as diverse as Flint, Michigan, and Huancavelica, Peru, PMA ministries seek to ensure communities have access to safe and abundant water. The efforts in Michigan and Peru are made possible via funds from the One Great Hour of Sharing annual offering received by most Presbyterian Church (U.S.A.) congregations on Palm Sunday or Easter Sunday.

A lead-contaminated water system in Flint precipitated a major health crisis and is an ongoing national news story. In 2016, members of Presbyterian Disaster Assistance’s national response team began working with the Presbytery of Lake Huron to aid the traumatized community. Some of PDA’s efforts have included:

“For the congregation to hear that the national church is interested and taking time to take part in this, that speaks volumes,” says the Rev. Paul Ytterock, associate pastor of First Presbyterian Church of Flint.

“It’s one thing to read about it in the Book of Order—that we are connectional—but to live it is amazing,” says the Rev. Desiree Lawson, pastor of Trinity United Presbyterian Church. “People are still calling wanting to know how we are doing. It makes me even more glad that I’m Presbyterian.”

In a conversation with alpaca farmers about installing an irrigation system, Presbyterian mission co-worker the Rev. Jed Koball says he learned how the system alone would not solve the problem of the parched pasture land that surrounds Huancavelica. The farmers pointed him to the issues that threaten their livelihoods.

Mountain icecaps that feed springs and lakes to the north are receding due to climate change, corporate farms on the desert coasts are piping water down the mountains, and mining activity is contaminating the ground water.

“Global warming is the greatest threat humans have ever faced,” Koball says. “Communities like this are feeling it right now.”

Koball works with Joining Hands Peru, a ministry of the Presbyterian Hunger Program that links churches and other organizations in Peru with U.S. congregations. They work together on issues of hunger, poverty and environmental degradation.

The long-term solutions that Joining Hands seeks in Huancavelica and elsewhere necessitate involvement in the public policy arena, Koball says. “We are learning about and participating in public policy discussions at the local, national and even global levels.”

In the Philippines, Koball’s mentor in mission, Cobbie Palm, helps manage the Silliman Water Ministry, a service arm of Presbyterian-founded Silliman University. When Koball served as a Young Adult Volunteer (YAV) 20 years ago, Palm coordinated the YAV site in the Philippines. That role is now shared by Palm and his wife, Dessa.

Two years ago, Silliman helped Balili, Valencia, a community located on the foothills of the Cuernos Mountains, avert a disaster. A prolonged dry season had depleted the springs that supply most of the community’s water.

Rosalina, a mother and community leader, organized Balili’s women into a task force to distribute the water Silliman delivered. “Organizing our women, particularly the mothers, is not difficult,” she told Palm. “That’s because our hearts ache when we look into the eyes of our children. They are thirsty, they are hungry, and we feel for them deeply.”

In Africa, mission co-worker Jim McGill has helped communities address water and sanitation issues for more than 20 years. McGill and his wife, Jodi, have ended service in Malawi and will soon move to Niger to continue their work. Jim, who holds a master’s degree in geological engineering, will serve alongside the Evangelical Church of the Republic of Niger, and he will also travel to South Sudan to work with the Presbyterian Church of South Sudan (PCOSS) in its water and sanitation efforts. Jim has already made trips to South Sudan to provide consultation. Jodi, a nurse, will teach at a new nursing school in Niger.

“Lives in many Malawian communities have been changed thanks to the work Jim and Jodi have done with our Malawian partners,” says the Rev. Debbie Braaksma, Presbyterian World Mission’s coordinator for Africa. “I look forward to seeing what God will do through them and our partners in Niger and South Sudan.”

Nearly half of the people without access to safe drinking water live in sub Saharan Africa, according to the World Health Organization (WHO). The WHO is one of the United Nations entities involved in World Water Day, whose observance is planned and programmed by UN-Water. World Water Day was first observed in 1993 as a result of a United Nations General Assembly action.