Our Mission and Vision

Red Uniendo Manos Peru (Peru Joining Hands Network) is an ecumenical network open to other faith and spiritual confessions. The network was formed at the start of the 21st century with a mission of bringing together the Church and civil society to accompany vulnerable populations and contribute to the social, environmental and economic management of their communities.

The network seeks to generate alternative models for local and global sustainability by promoting inclusive and equitable spaces for participation. At the same time, the network advocates for public policies that will shape an economy driven by solidarity and cooperation in the interest of all of life.

It is the vision of the network that through this participatory work, it will contribute to undermining the powers of marginalization, discrimination, exclusion and violence, and thereby promote a world of harmonious co-existence among all.

Presently, the network includes eight Peruvian NGO´s and Churches, located throughout the country, representing a broad diversity of populations and environments. The network seeks to ensure the full participation of women, indigenous populations, African-Peruvian communities, rural farmers, and youth.

From the desert along the Pacific coast to the Andes Mountains and the Amazon Jungle, Peru is one of the most ecologically diverse places in the world, rich with natural resources.

Cultural diversity is also part of Peru’s story. Once home to the Inca Empire, it was invaded by Spanish Conquistadores in 1532, and later received thousands of African slaves and Asian indentured servants that were forced into harsh labor.

Due to its vast territory and gold and silver production, Peru was considered one of Spain’s most important colonies. Declaring its independence from Spain in 1821, Peru continued to exploit the resources of the land for its own economic growth and development.

Today, the Andes continue to have great mining potential, and the Amazon basin has rich oil deposits. Increased exploitation of such resources, known as extractive activity, has led to major economic growth in recent decades, yet the gap between rich and poor in Peru is one of the highest in the Americas. Among the most impoverished peoples are indigenous populations whose livelihoods and way of life are gravely impacted by contamination of air, land and water. Furthermore, Peru is one of the most vulnerable countries in the world to climate change. 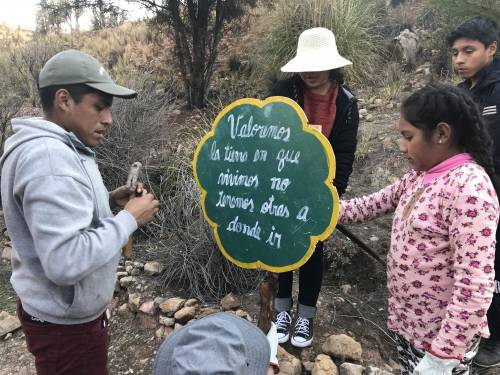 The network organizes its mission into three strategic lines of work:

I.  Promoting the Care of Our Common Home

Two initiatives shape our efforts to address the impacts of extractive activity and climate change in Peru: 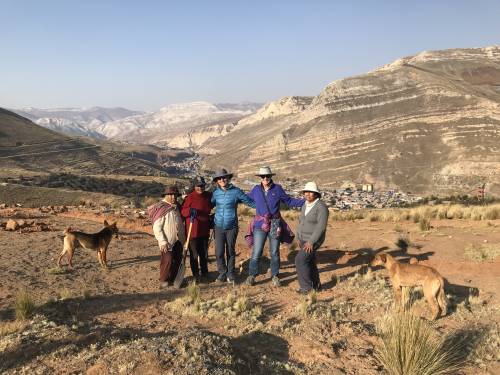 Women from Villa El Sol and Covenant Presbyterian Church of Madison, WI stand on the hillside above the community with the acid washed mountains of La Oroya in the background. Together they commit to help recuperate the poisoned land, restoring life and hope. Photo by Jed Koball

Three initiatives shape our work in building meaningful partnerships among people of radically different contexts. This work is not only focused on the accompaniment and support of vulnerable populations, but also on the transformation of individuals to become greater actors in dismantling racism, sexism, other forms of discrimination, as well as in becoming better stewards of the Earth.

III.  Modeling the Strength of Diversity

As an intentionally diverse body of eight NGO´s and churches from across Peru, we are committed to be a healthy example of multiple perspectives coming together out of love and concern for humanity and this One Common Home we share. Our institutional viability is a witness to the goodness of God´s vast Creation. Continuing to build upon our own capacities and finding new and creative ways to collaborate is a service to the world that we take to heart.