Fanning the flames of faith

“I am a Korean-American Presbyterian, but that does not define all I am,” were the opening lines of my seminary application essays, ordination process paperwork and grant applications. Those lines came at a turning point after serving as a Young Adult Volunteer (YAV) in Egypt in 2003. Those applications helped me re-evaluate my 20-something years of life, with special focus on short-term mission experiences as a high school student, college student and young adult. I sensed the stirrings of ministry that might look more multicultural than the boundaries of my familiar upbringing. At the same time, Korea was becoming more than a place to visit my extended family and a reason to wake up early Saturday morning for language school. As I learned more about my history, heritage and faith, I began to recognize and appreciate my calling to mission.

I grew up in central New Jersey with fond memories of visiting my uncle’s home, filled with many books and faded pictures. Right around that time, my maternal grandparents moved to Stony Point, New York, from South Korea. That was when I first heard stories about my mother and how her family fled from communists. Had it not been for an aunt who insisted that her niece,my mother, stay with the family, my mother would have been left behind during that harrowing journey. Somehow in those difficult times, my mother’s family managed to escape and to survive. My maternal grandfather was a well-respected church elder. Their family was Christian and Presbyterian because of the efforts of a Presbyterian missionary. 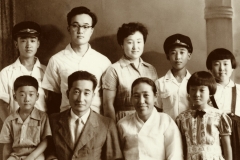 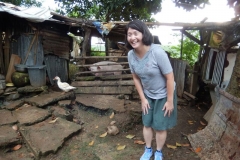 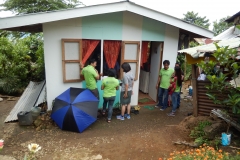 As early as those ’tween years in my life, my uncle emerged as an important presence. He introduced my parents to each other in the early ’70s, and almost 30 years later, he introduced me to the PC(USA) through the YAV program. Serving in Egypt as a YAV, using survival Arabic, it was my uncle’s name that created an almost instant connection. With the simple introduction of “She is the niece of Syngman Rhee,” many older church leaders in the Synod of the Nile treated me with the same respect, as if he were right there with me. Having served previously with Presbyterian mission workers in the Middle East, my uncle still had many colleagues in the synod. Flashbacks to my childhood had come full circle after living in Egypt, when I realized who graced one prominent photo at my uncle’s home: former Egyptian President Anwar Sadat.

During that same year in Egypt, I learned about another country, Chile, through the experience of meeting Juan Lopez. He was from France but spoke Spanish. As a mission volunteer with Action Chrétienne en Orient, Juan taught French at New Ramses College. He also tutored young girls at Fowler Orphanage, created by missionaries with the Board of Foreign Missions. In French and broken English, Juan shared how his family was affected by Chile’s military coup in 1973. We also talked about the differences between communism in Chile and Korea. He seemed to know more about Chile than I knew about Korea, which made me want to learn more about both of our countries.

Over next five years, Juan and I dreamed about our life together in mission. After serving in Egypt, Juan moved back to France and worked as a social worker while I completed my seminary studies. In 2008, I was ordained to the ministry of word and sacrament, and we were married. While I served in pastoral roles in Presbyterian churches in Pennsylvania and Michigan and Juan worked as a social worker, we grew and matured as individuals and as a couple in our desires to serve others through mission.

From the recent news stories of refugees and unprecedented migration around the world, my family’s history and heritage and faith, combined with Juan’s, re-emerged in our awareness and prompted us to move toward another ministry. We prayed about whether our personal experiences of forced migration might help us to serve the very people impacted by the issues of migration and human trafficking. While our recent experience in the United States has focused on the local community and local church, we have strived to work with people who are crossing all sorts of borders and boundaries— because our families have made such similar journeys.

Praying at that time about what our next steps might look like, I saw that my heritage, history and faith were taking on new meaning. After preparing our application for service with World Mission through the Presbyterian Mission Agency, I learned that my uncle was dying. Although his earthly days were coming to a close, I was confident that his legacy of ministry and mission could continue through my calling. My late uncle’s legacy, along with my maternal family’s heritage, history and faith, are the flames of faith that I am fanning into fullness with Juan and our daughter, Aurélie.

This is why we accepted the calling to mission in the Philippines: we perceive God was at work in our lives and still at work in the world. Since moving to Manila in March 2016, we know that we live among people and in a place that is both familiar and completely new to both of us. With common experiences of Spanish and Japanese colonialism, we are now learning more about communism and American colonialism, among many other things. We look forward to cultivating new connections and collaborative actions with our church partners in the Philippines and in Southeast Asia.