Learning from those we ignore

Wisdom comes from unexpected places. We might expect the best dressed, the most educated, or the tallest and fittest to be the one to turn to for leadership and guidance. God, though, often surprises us with a great reversal, revealing to us that the people who can open our eyes most fully are those we would have least expected. 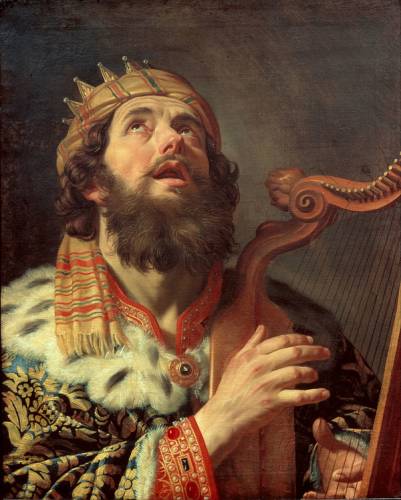 We get an example of that in 1 Samuel 16:1–13. The New Revised Standard Version summarizes this selection as “David Anointed as King,” but that doesn’t quite capture the thrust of the story. A better title would be “God Sees Differently from Samuel.”

God has rejected Saul from being king over the budding country of Israel, and so these verses begin with God’s telling the prophet Samuel to stop grieving and start anointing — specifically, to mark one of Jesse’s sons to be the new king. After Samuel’s fears about retribution from Saul are answered, the prophet starts to meet the parade of Jesse’s eight sons. God’s challenge to Samuel is to identify which one Israel needs as the next king.

“Surely it’s Eliab!” Samuel proclaims when he sees Jesse’s oldest boy — Mr. Tall and Handsome. God cautions that it’s foolish to go by outside appearances when figuring out who God’s chosen might be. Son after son walks by until the youngest, David, is brought in from the fields. In a characteristic move of our table-turning God, David — rather than any of his presumably more qualified brothers — is anointed as king.

God has been turning tables like this for millennia. We see it when Abel is preferred to his older brother, Cain; when Jacob is blessed over Esau; and when Joseph — rather than any of his more impressive older brothers — receives the coat of many colors. It comes around when God chooses Israel not because they are the most impressive group, but because they are the least of all peoples. Of course, Jesus Christ, the Son of God, born in a backwater village and nestled in an animal trough, is the biggest reversal of all.

Throughout the Scriptures, God’s people learn to listen to surprising sources of wisdom. As they do, knowledge grows and understanding broadens. When God’s people realize that the Spirit chooses unlikely people to speak truth, more faithful lives begin to be lived.

I recently had a reminder of this when I served at a soup kitchen. After dinner, I had the chance to spend time with “Joe,” an articulate man around 40 whose story tumbled out over chocolate peanut brittle and lemonade. Joe told me he had been struggling with depression and that he had been living on the streets for some time before his big break came: His brother bought a new home and offered Joe a place to stay.

He stayed there a while, he said, until “things just didn’t work out.” He didn’t give more information, and after a pause, I said, “Sometimes it’s hard to live with family.” After an even longer pause, he replied, “Yeah, but it’s even harder to live on the streets.”

God equipped Joe to be an unexpected carrier of truth to me. In my privileged world, living with family is a preference, one choice among many. Depending on the personalities involved, it might not be too pleasant. But to Joe, the chance to live with his brother was the difference between a warm sofa bed and being forced to look for a safe place to sleep when the wind is whipping around a 22-degree night. It’s the difference between security and fear, and between daily hygiene and a once-a-week shower (on good weeks).

I’m trying to listen to Joe as God chose him to be the one this time to shatter once again the comfort of my life. I pray I will see the world more as God sees it because of my conversation with Joe, whose eyes have been opened in ways that mine have not. Even more importantly, I pray that I will be part of a church whose eyes are open to new ways of fighting for the homeless and disempowered, again and again and again.

Almighty God, our Creator and Sustainer, you provide richly for your people and for the mission of Jesus Christ. Anoint us with your Spirit that we might trust your word and bear the good news of Christ to the nations. In Jesus’ name. Amen.