There has been a more challenging July Fourth

This Independence Day, may we continue to pursue equality

I have heard the groaning of the children of Israel, wherewith the Egyptians have oppressed them, and I have remembered my covenant (Exodus 6:5).

Has there ever been a more challenging Fourth of July? With a worldwide pandemic, COVID-19 deaths well above 100,000, and a new realization that our nation remains a flawed and racist society, one can understand why we may not want to celebrate the red, white and blue this year.

But to answer the question, yes, there has been a more challenging July Fourth. When the sun rose over the Union on Independence Day 1863, it found a nation ripped apart by secessionists, with tens of thousands of citizens having been killed in the Civil War.

In Gettysburg, Pennsylvania, the bloodiest battle of the war had concluded the previous day, and Gen. Robert E. Lee’s army was on its way back to Virginia. But no one knew what lay ahead.

And Vicksburg, Mississippi, the fortified city that kept supply routes open for secessionist states, had resisted conquest for over six months.

President Abraham Lincoln was so concerned for the Union on that July Fourth, he declined any public appearances. Instead, he awaited news of the battles that were critical to the survival of our nation.

Finally, on July 7, the news of Vicksburg’s surrender arrived in Washington, D.C., and the extent of the victory at Gettysburg was becoming clear. 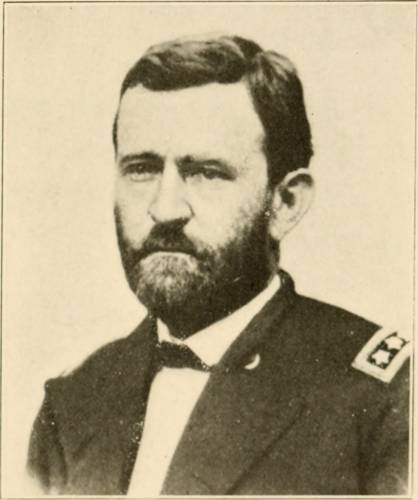 That evening, the president emerged from the White House and addressed the crowd that had gathered, buoyed by new hope and seeking his appearance. Lincoln stated: “I do most sincerely thank Almighty God for the occasion on which you have called. How long ago is it — eighty odd years — since on the Fourth of July for the first time in the history of the world a nation by its representatives, assembled and declared as a self-evident truth that ‘all men are created equal.’”

Gen. Ulysses S. Grant, having presided over the fall of Vicksburg and then hearing of the victory at Gettysburg, remarked that he now knew the Union would be preserved. The war slogged on for many more months, but eventually our nation was preserved, and the institution of chattel slavery was abolished within our borders.

Later, in a passage in his memoirs, Grant commented on the victory for the preservation of the Union and the abolition of slavery: “The justice of the cause which in the end prevailed, will, I doubt not, come to be acknowledged by every citizen of the land, in time. For the present, and so long as there are living witnesses of the great war of sections, there will be people who will not be consoled for the loss of a cause which they believed to be holy. As time passes, people, even of the South, will begin to wonder how it was possible that their ancestors ever fought for or justified institutions which acknowledged the right of property in man.”

On this July 4, 2020, both Grant and Lincoln would be dismayed by the institutions that remain that conspire to deny the equality of all. More than 100 years after that challenging July Fourth, may we pursue their vision until this nation manifests the Godly truth that all people are created equal in all that we think, say and do.

Lord, as we remember Independence Day 2020, we give thanks to you for the noble efforts of those who have sought not only to preserve our union but to make it better. With your help, may we pursue a society in which all people are not only created equal but permitted and encouraged to live in the freedom and peace that you so desire.

Guide us through the current challenges and encourage us to seize the opportunities before us. May we give thanks always that we engage in these struggles as we faithfully serve through your grace and love. Amen.