As violence increases, chaplain calls for increase in spiritual support 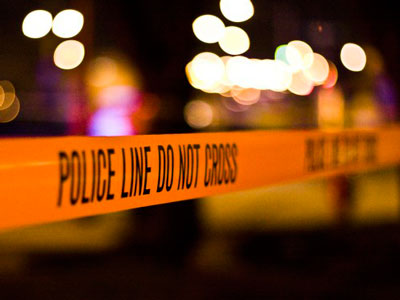 For the Rev. Howard Dotson, the decision to become a chaplain and crime victims’ advocate began when two young men he was talking with were gunned down within a half hour of his meeting. The two were on a street corner raising money for a friend who had been shot and killed two days before. Dotson says the two wanted to make a stand against gun violence and honor a fallen friend before becoming victims themselves.

“Initially, these families are in shock and so vulnerable because everyone is coming at them, including the media and other people in the community,” he said. “I often see what I call ‘tragedy pimps,’ a cottage industry of folks who listen to police scanners and go out where there’s a homicide. They don’t work in the criminal justice system but somehow become the family spokesperson.”

Dotson says he’s sometimes found himself taking on the role of a “momma bear” to ensure that families aren’t taken advantage of by people who are there for the camera, not long-term recovery.

“A lot of people think the judicial process will bring closure. Then two or three years later, some of these complicated grief symptoms manifest themselves,” said Dotson. “Those who are chasing the cameras are long gone and these families are often not affiliated with a congregation and have a lot of issues. Their whole world has been destroyed, including a sense of who they are.”

Presbyterian Disaster Assistance created a series of videos designed to help pastors and other faith-based caregivers to better prepare to work with trauma survivors. Dotson says more Presbyterian ministers need to see the videos. He also believes there should be more opportunities for pastoral counseling courses.

“Pastoral counseling with victims and survivors of crime is a specialty that many of our seminaries don’t offer in their curriculum,” said Dotson. “It’s a continuing education need for clergy to get this training.”

In January 2014, Dotson took part in a therapeutic weekend at Zephyr Point in Lake Tahoe for survivors of the Sparks Middle School shooting. With support from Presbyterian Disaster Assistance and Ferncliff, young adult survivors who had gone through previous therapeutic camps were invited to mentor middle school survivors.

“It was wonderful. We had survivors of Columbine and the Westboro shootings come out,” said Sparks. “One mom told me that the weekend did more for her child than therapy. The wounded healers’ paradigm of young adults who had been through this was helpful because these young people needed support from someone who gets what they’re going through.”

Dotson says each county has its own resources for supporting trauma victims, and he encourages clergy and support leaders to find out what the support systems are in their own communities.

“Every county has its own crime victims’ advocate and most police departments have a police chaplain,” he said. “Know who the point people are and be prepared, so when it happens, you don’t have to re-invent the wheel.”

Dotson believes a lot of pastors are overwhelmed in a trauma situation and don’t know what to say or do. He urges them to be intentional with long-term recovery.

“I just worked with a murder/suicide situation where a four-year-old girl was left an orphan,” Dotson said. “There are opportunities for spiritual care. You go where you are needed and it makes a difference to know that support is there, even if the trauma victim doesn’t need it at the time. As our society becomes more unchurched, it leaves these families vulnerable to a lack of spiritual support.”

Almighty God, in a world that is divided and seems filled with hatred and violence, we especially give you thanks today for opportunities you give us to build better relationships, do justice, and be witnesses of the reconciling love we have known through the grace of the Lord Jesus Christ. Bless all of our efforts to be his faithful disciples, to your glory. Amen.