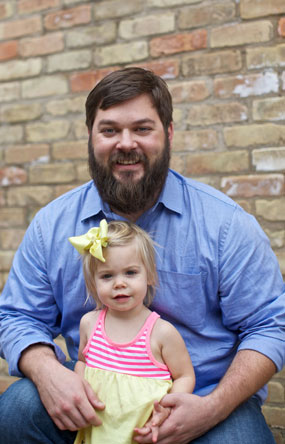 Chad Lawson and his daughter, Emma

Having journeyed from a nonreligious upbringing to a seminary classroom, spending time on a park bench and at a fundamentalist university along the way, Chad Lawson arrived at Austin Presbyterian Theological Seminary as a self-described “spiritual nomad.”

Chad had found faith as a young man while experiencing homelessness in Austin, eventually enrolling in an Assemblies of God-affiliated university. There his love of theology was kindled and his vocation to ministry was enlivened, but he also left with doubts about Christianity. “I came to seminary really turned off by church, even turned off by religion,” he says.

Things changed, though, as he immersed himself in the community at Austin Seminary. “I really experienced a radical welcome upon coming here,” Chad remembers. “We preach community and teach about its importance here, but what impressed me is that people truly live out community in a way that embodies the message of the gospel.”

The warmth and vibrancy of the Austin Seminary community helped Chad find the connection between the academic work of theological education and the mission of God in the world. “I realized I needed to be interested in people and not just ideas,” reflects Chad. “So, after a year of reclusiveness, I decided to leave the confines of the library and began to immerse myself in relationships with professors, students, and staff. It was in the face-to-face encounter with my colleagues that I began to really sense my call to ministry in the Presbyterian Church. My years at Austin Seminary have been among the most nourishing and rewarding years of my life.” Chad sees his larger vocation as serving as a kind of bridge between church and culture. He says, “Austin Seminary has given me the tools to speak to people who see faith and religion through all different kinds of lenses in a way that’s not condemning, but generous.” 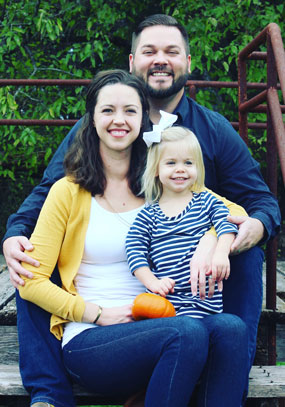 Chad with his wife Angela and daughter Emma

Since graduating from Austin Seminary in May 2015, Chad has continued to serve as chaplain at an inpatient psychiatric facility in Austin. He is also serving as a chaplain resident with Seton Healthcare Family of Hospitals’ Clinical Pastoral Education program. Currently Chad is a candidate for ordained ministry with the PC(USA) and serves as a deacon at First Presbyterian Church, Austin.

God of us all, whose love knows no bounds: enliven us by the power of your Holy Spirit; grant us the courage to till, turn over the soil, reshape, and plant with no guarantee of harvest. Through the grace of Jesus Christ, our Lord. Amen.