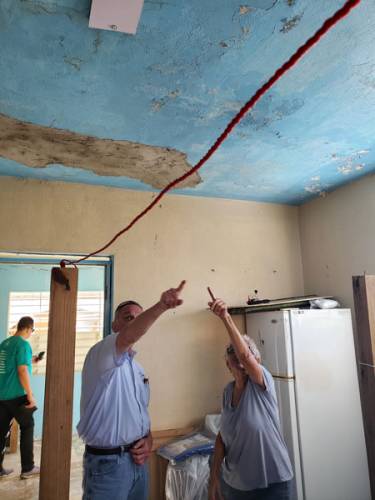 Mimita Nieves, at right, points out damage to her home brought on 18 months ago by Hurricane Maria. (Photo by Edwin González-Castillo)

She ate canned food and drank powdered milk, and when she was fortunate enough to get fresh vegetables, she had to eat them the same day. She cooked on a small propane stove and lit her home with solar lights that she charged during the day. A friend lent her a battery-powered radio that served as a source of information and entertainment.

Her situation did not change until the day Presbyterian volunteers, supported by One Great Hour of Sharing, knocked on her door.

When Hurricane Maria struck in September 2017, it wrecked the electrical grid across Puerto Rico. However, the restoration of electricity to Nieves’ neighborhood did not immediately help her. The storm had ruined her home’s electrical wiring.

Presbyterian volunteers replaced her electrical system with one much safer and more durable. As a senior citizen with limited income, Nieves might never have had the financial means to hire a contractor to do the work.

When her lights came on, Nieves was overcome with gratitude for Presbyterians. “I cried,” she said. “I got down on my knees and I cried.”

Nieves lives on Vieques, a small island eight miles east of the Puerto Rico mainland. Since no highway connects the mainland and Vieques, most people and cargo travel to the island via ferry boat or airplane.

The slow pace of recovery efforts in Puerto Rico after Maria has been a frequent subject of media coverage, and Vieques, because of its lack of accessibility, lags the rest of the island in the restoration of housing, infrastructure and basic services. That is why the Synod of Puerto Rico, in partnership with Presbyterian Disaster Assistance (PDA), sent volunteers to the community. One Great Hour of Sharing gifts provided the materials they used to make the repairs.

In addition to restoring Nieves’ electricity, Presbyterian volunteers hauled away debris that had been stacked in her back yard for months. They also rebuilt her fence, which keeps the free-range horses that roam the island from visiting her backyard.

The horses are a favorite attraction of the thousands of tourists who visit the gorgeous beaches of Vieques each year. Tourism is the economic mainstay for the island’s approximately 9,000 residents. Damage from Maria essentially shut down the island’s tourism industry for many months, but visitors began to return as rebuilding efforts were completed.

In Puerto Rico, One Great Hour of Sharing gifts are not only helping this U.S. territory’s remote places like Vieques recover from Hurricane Maria, but they also are at work in impoverished communities in San Juan, Puerto Rico’s capital and largest city. 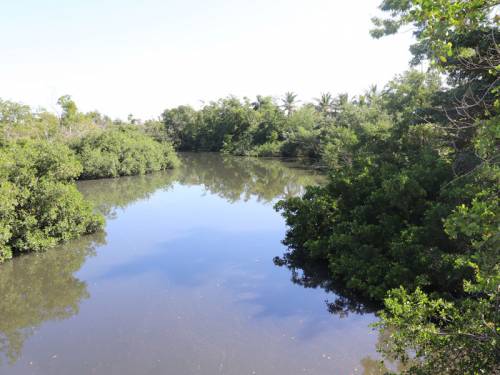 Luis Ramos Salgado’s home was among the 1,200 in the communities surrounding the Martín Peña Channel whose roofs were blown away by Hurricane Maria. His already-fragile home would have done little to protect him from the fierce winds that ripped through the community. Had he not taken cover elsewhere when the storm hit, “I’d be dead,” he said.

Salgado is once again enjoying living in the only home he has ever known, and now it has a new roof designed to withstand hurricane-force winds. One Great Hour of Sharing gifts are helping the G-8, a community-based nonprofit group, in its efforts to rebuild roofs in eight communities near the Martín Peña Channel. It has replaced more than 100 roofs.

Founded in 2004, the G-8 promotes community-building activities, sports programs and cultural offerings. The communities it serves include people whose families built modest dwellings near the channel as far back as five generations ago. “The houses aren’t very secure,” said María del Mar Santiago Cruz, coordinador for the G-8. “You have to improve the homes so that you can put on a new roof.”

Many of the families living in the Martín Peña Channel area built their homes on what was then public land and did not secure a deed to their property. In recent years, the U.S. Army Corp of Engineers has made plans to dredge the channel and make other improvements to the waterway. 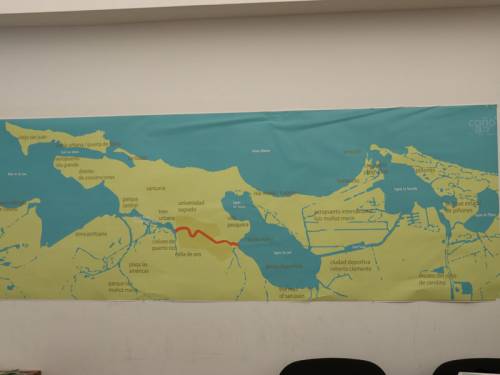 A map of the Martin Peña Channel. (Contributed photo)

This action promises to make the area, located close to San Juan’s financial district, airport and universities, ripe for development and gentrification, and the deedless residents could be forced to leave.

A sister organization to the G-8, the Martin Peña Channel Land Trust, has taken steps to protect the residents. The land trust acquired the property and residents are applying for surface-rights deeds to their houses.

The three programs supported by One Great Hour of Sharing — Presbyterian Disaster Assistance, the Presbyterian Committee on the Self-Development of People and the Presbyterian Hunger Program — are helping to make the project possible. They made grants that are partially paying the salary of a community facilitator who is helping families with, among other things, the tedious task of documenting their eligibility for a deed.

For 71 years, Presbyterians have been putting their faith into action through One Great Hour of Sharing. Most congregations receive the Offering on Palm Sunday or Easter Sunday.