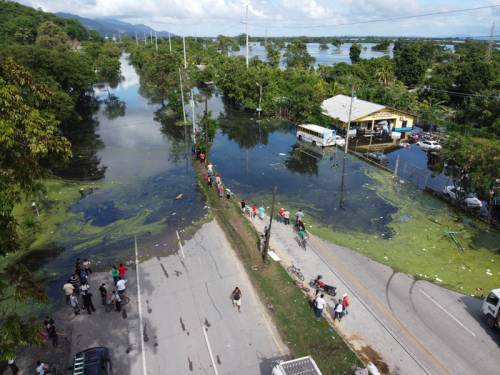 LOUISVILLE — As climate change continued to fuel natural disasters throughout the United States and around the world in 2020, Presbyterian Disaster Assistance responded with the help of partners and volunteers to bring help and hope to those in affected areas.

On the domestic front, wildfires in the West, hurricanes in the Southeast and catastrophic windstorms in the Midwest were among the events that had significant effects on individuals and property.

Although a travel ban was in effect due to COVID-19 for much of 2020, PDA was able to utilize grants and virtual deployments to assist people in areas such as the Presbytery of the Cascades in western and southern Oregon, which was affected by wildfires.

“Because of the ability to respond virtually (around the country), we were able to be meaningfully engaged in ways that we would not have been able to had all the virtual platforms not been available,” Kirk said. “In other words, if this happened 15 years ago, we would have been limited to conference calls.”

In the U.S., the work of PDA was supplemented by volunteers living in or near areas impacted by disasters, who could provide help with things like storm cleanup without needing lodging or other special accommodations. 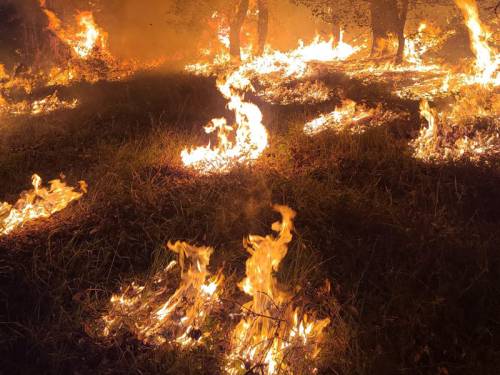 “Local volunteers are able to respond in safe, appropriate ways, (and) in ways that deployed volunteers from out of the impacted area are unable to,” Kirk said.

Beyond the U.S., PDA offered financial support to help partners and communities that struggled to cope with natural disasters, which seemed to be coming in rapid-fire succession.

“When we talk to partners in, for example, South America, Central America, they are not used to having so many hurricanes during the same year,” said the Rev. Edwin González-Castillo, Associate for Disaster Response in Latin America and the Caribbean. “This past year was impactful with the amount of events happening.”

There were major storms, such as Hurricanes Iota and Eta, but also smaller events, and “the flooding was overwhelming,” González-Castillo said.

“You have severe droughts during one time of the year and then severe flooding another time of the same year,” González-Castillo said. “In a lot of our communities in Latin America and the Caribbean, people survive based on their crops and whatever they can sell, based on what they gathered from their fields.” So when natural disasters hit, the people “don’t have anything either to survive (on) or to sell and provide for their families.”

The people who bear the brunt of climate-related disasters tend to be those who are least able to withstand the impact, according to the Presbyterian Hunger Program. That includes individuals who are dealing with poverty and hunger.

“We know that we can’t talk about some of the environmental issues without looking at the ways in which those environmental issues impact low-income and communities of color,” Jessica Maudlin Phelps, PHP’s Associate for Sustainable Living and Earth Care Concerns, told the Presbyterian News Service in September. “We see the ways in which climate change is impacting BIPOC (Black, Indigenous and people of color) communities and poorer communities more deeply than other places.”

Being able to cope with or rebound from climate-related disasters was further complicated by the pandemic, which heightened concerns not only about the coronavirus but food insecurity, Oliver and González-Castillo said.

To slow the spread of the virus, people are told, “Oh, stay home, but we don’t have a home,” González-Castillo said, speaking from the perspective of impacted residents. “There’s a shelter we can go to, but the shelter is full of people, and I don’t know how many of those people are infected (with COVID-19). Stay home, but my home is not safe because it was recently impacted by a disaster, or there’s nothing around me to survive (on) … so, it’s really a horrible combination of things happening all around the world.”