Before scattering, 10 Peacemakers return to Presbyterian Center to debrief and regroup 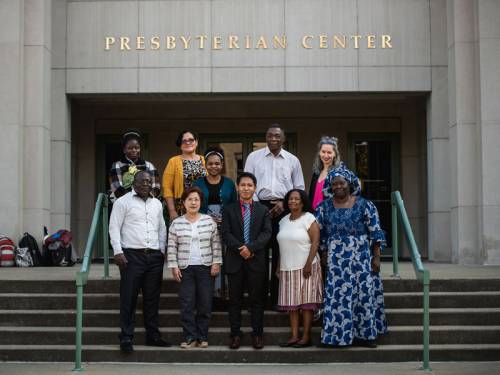 Ten of the 12 2019 International Peacemakers pose for a moment on the steps of the Presbyterian Center in Louisville, Ky.

LOUISVILLE — “Blessed are the peacemakers,” Jesus once told his disciples, “for they shall be called children of God.”

Spend an hour with this year’s group of International Peacemakers, back at the Presbyterian Center Tuesday after having completed more than three weeks sharing their stories and building relationships around the country, and you’ll soon realize why the Lord was and is so fond of those who work for peace. 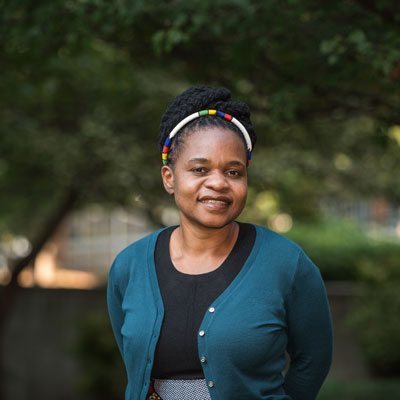 “The challenge I made everywhere I went was for people to become more active in spreading the message of peace,” said the Rev. Lydia Neshangwe from Zimbabwe. “In Zimbabwe and in the United States, it appears that politicians don’t know what makes for peace.” 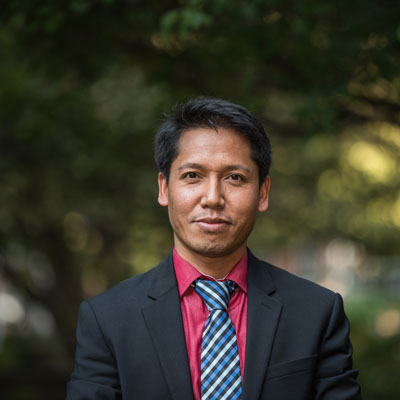 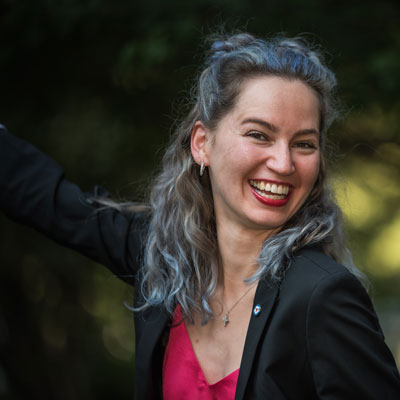 Anastasiia Rozykova, a journalist from Moscow, earned school T-shirts following her talks at Alabama A&M University in Huntsville and the Nixya’awii Community School on the Umatilla Indian Reservation in northeast Oregon.

“They asked a lot of questions,” she said of both groups, including inquiries about Russian politics and what life is like for Russian young people (Rozykova is 33). “They were expecting to hear from a Russian pastor, so I had to prove I was a good person for the job. It was fun and cool and exciting.” 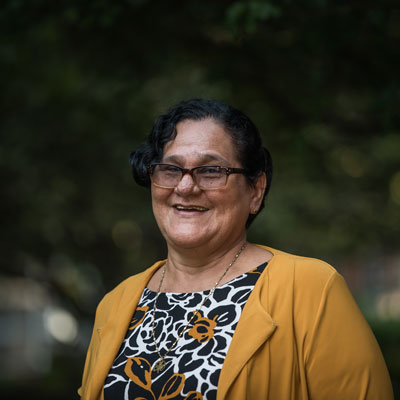 When Erlinda Maria Quesada Angulo of Costa Rica discovered that people she met weren’t that interested in knowing where their food comes from, she became determined to tell them.

Pineapples produced in her country are grown with the help of “a lot of agrochemicals,” she said, which has led to complications ranging from water contamination to the violation of farmworker rights. “I told them that families who live in these areas are suffering health problems. They were very surprised to hear this,” she said. “I left them with this challenge: Every time you go out to supper, ask them where their food is coming from. Tell them the problems being caused by the way their food is produced.” 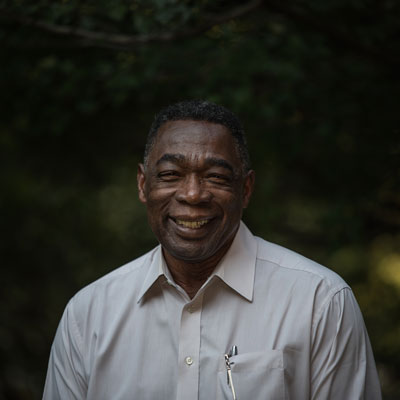 The Rev. Arlington Trotman of the United Kingdom said his talk with about 35 high school students at Central Academy, part of Des Moines Public Schools in Iowa, showed him that “the depth of their knowledge around immigration, asylum and refugee issues was most impressive.”

“Students asked, ‘How could refugee children be incarcerated?’ in a country like theirs,” he said. “The same thing is happening to children in Europe, even though governments have the legal obligation to protect children.”

“I suspect,” he said, “that some of those students will be the leaders of the future,” judging from “the depth of their questions and the relevance of their replies.” 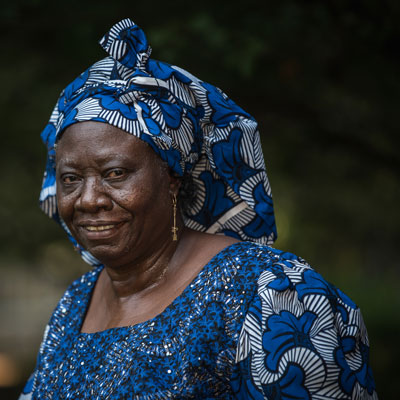 “I have been to this country many times,” said Monique Misenga Mukana, who’s from the Democratic Republic of the Congo. “But when I told people my story and about my ministry, it was like the first time.”

During her travels she visited an orphanage where the children are collecting money to rebuild a Congolese school. “That was very touching to my heart,” she said. “Everywhere I went I was surrounded by brothers and sisters hoping to change the lives of people they don’t know and will never see.” 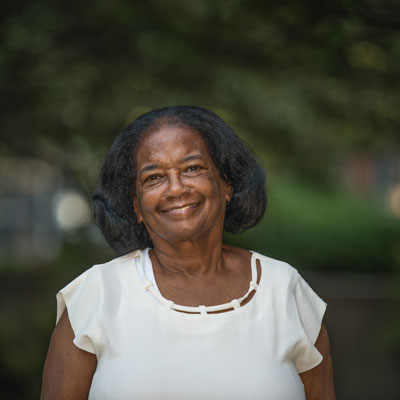 As she traveled, the Rev. Maria Bock Barett from Dominican Republic shared a Bible study on water as presented in Genesis 1, then joining Creation to the Judgment of Nations found in Matthew 25. “The people who participated identified with what I was saying, that water is the source of life,” she said. When she asked them to draw an image to illustrate the lesson, virtually everybody responded. “I thank the people who received me with a great deal of affection and care,” she said. 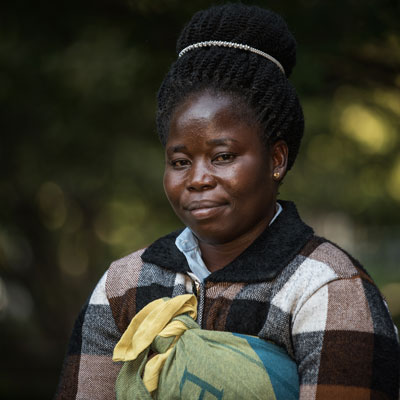 Lucy Awate Dabi, a social worker from South Sudan, said she thought most Americans knew what was going on around the world — until she began sharing stories from her country. Still, she said, she saw numerous examples of “people putting their faith into action. I think I need to encourage my people back home to do some of the same things.”

As an added bonus: At one stop she attended a Presbyterian Women gathering, where “I learned how to make a motion during a meeting,” she said with a smile. 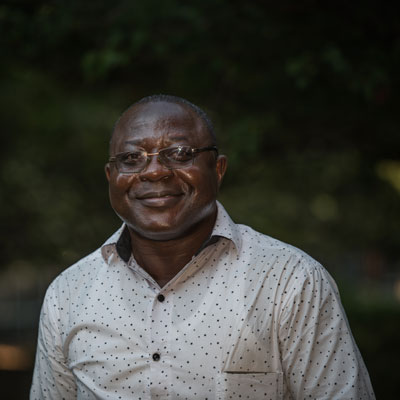 When Jaff Bamenjo returns to Cameroon, he’ll take with him the memory of Jason, a boy living with Down Syndrome and a member of one of the families that hosted Bamenjo. “I find a lot of potential in Jason,” he said. “He can make a life and start a family. I’ll be in contact with him” following his flight home, he said. One of Jason’s duties at church is to ring the bell signaling the start of the worship service. “He does that with a lot of joy,” Bamenjo said. 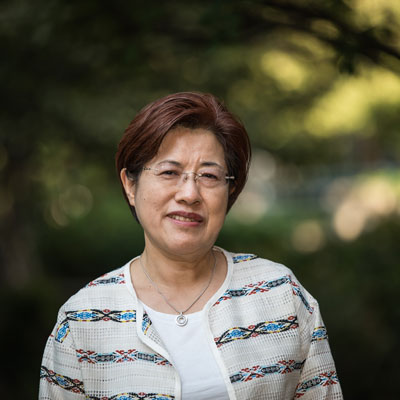 The Rev. Moon-Sook Lee of South Korea said she was privileged to do a little education in advance of one of her stops in Tennessee, where the community remembers the 200,000 or so residents of Hiroshima and Nagasaki, Japan, who died in August 1945 and the weeks to come following the detonation of two nuclear weapons by the United States. What many people don’t realize, she said, was that up to half those victims were Koreans brought to work in Japan.

“I was glad to let them know about that reality,” she said. “People were really willing to listen to what Peacemakers were saying.”

Give to the Peace & Global Witness Offering to continue the valuable ministry of these International Peacemakers visits.