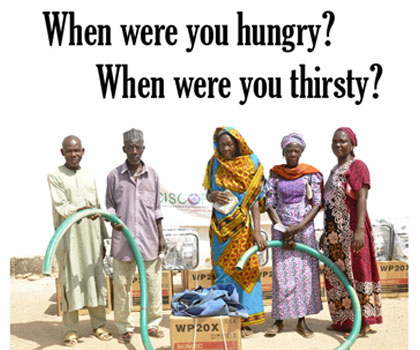 Famine and extreme hunger are a reality today for many of our siblings. Matthew 25 challenges us to respond as if Christ were hungry. The Presbyterian Hunger Program has partners working in places where people are suffering, and the need is immense. We want to do more, so we ask for your help and for your church’s help. Resources are available to help you share the need with your congregation.

There is enough food in the world for everyone. But because of poor access and distribution, extreme weather and political instability, many don’t have enough to survive. Even with all the progress the world has made in the past decades, people are still suffering from hunger in the four countries where famine was declared in 2017: Somalia, Yemen, South Sudan, and Nigeria.

An official declaration of famine means that at least 20% of households face an extreme lack of food, and large numbers of people are dying every day due to hunger. In many other places where famine hasn’t been declared, many families and communities still suffer from extreme hunger. These places include Haiti, Democratic Republic of Congo, Niger, Cameroon, Central African Republic and Chad. Conflicts, war, natural disasters and climate change are often the causes.

The Presbyterian Church (U.S.A.), through the Presbyterian Hunger Program, supports partners around the world who are working in their communities to identify why people are hungry and to implement long-term solutions. In the fall of 2018, the PHP Advisory Committee voted to begin supporting the work of a partner in each of the four countries where famine had been most recently declared. 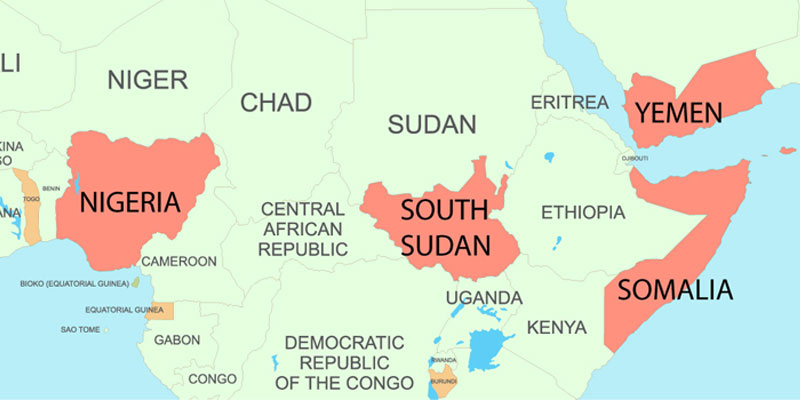 The need is immense, and we want to continue this work.

Our partners in these countries – and around the world – are working to address the underlying causes of hunger, and when necessary, to also respond with emergency assistance. The Presbyterian Hunger Program continues to support this work, and we invite you to join us, so that fewer families will be hungry and malnourished.

Stories about partners responding to famine