Symptomatic Christianity in Virus Time: How Social Witness Can — and Must — Still be Done.

A Report from the Advisory Committee on Social Witness Policy (ACSWP), May 2020

Jesus designed a test for faithfulness even before his movement got a brand name: “You will know them by their fruits” (Matthew 7:16, NRSV).

Lack of testing is one of the biggest problems with COVID-19, as this coronavirus does not always produce symptoms. The acknowledged U.S. death rate is approaching 100,000 and ranges in unknown but growing numbers in countries without strong medical systems. People may well be asymptomatic, unknowing carriers, and if not wearing masks, some are deliberately negligent. Adding to the symptoms of an overpriced but underperforming U.S. health-care system, we have moral confusion, denial and incompetence visible at the highest levels of government. 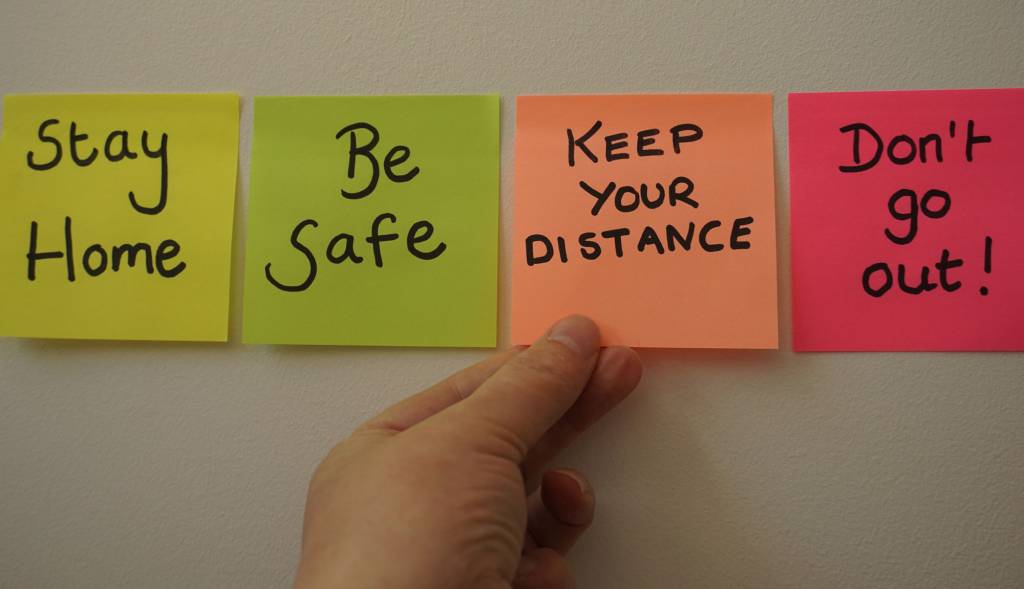 This issue of Salt & Light looks at the social witness challenges facing our semi-quarantined church, sheltering under God’s grace and worshiping mainly in our inner temples of the Holy Spirit. We will look at:

Like prayer and preaching, social witness policy work is not something you stop because you have some — even many — good policies on the hard drive. And the Presbyterian Church (U.S.A.) has not stopped its witness, based on the Reformed principles that guide our approach to public responsibility. The Office of Public Witness in Washington, D.C., and the Presbyterian Ministry at the United Nations have not stopped working. Nor have generous Presbyterians stopped giving, either to their congregations or to Presbyterian Disaster Assistance and other work of the Presbyterian Mission Agency (Pentecost Offering coming up!).

What is also coming up is a General Assembly unlike any other, to be held in four cyberspace gatherings, with an online rally of the Poor Peoples’ Campaign (PPC) representing one form of social witness. For many logistical reasons, the primary business of the Assembly will be institutional, when before COVID-19 the motto had been “Called to a Movement Beyond Institution,” building on the Big Tent theme from August 2019. The “movement” aspiration will be reflected in the PPC, which deserves our support. It is instructive to remember that when Marian Wright Edelman and others formed the Children’s Defense Fund, it was partly because they thought the PPC did not have a future after Martin Luther King Jr.’s assassination. Due to steadily increased U.S. inequality since the 1960s, the PPC has traction now. They also have solid policy work, done in coordination with the Institute for Policy Studies: ips-dc.org/souls-of-poor-folks

In terms of Presbyterian policy and justice work generally, the Book of Order was simplified about a decade ago, leaving only functional language about the General Assembly in G-3.05. Nonetheless, section (c) contains the bulk of tasks done by GA agencies as well as by the Assembly itself. A letter the Advisory Committee on Social Witness Policy sent to the Committee on the General Assembly quotes from that Book of Order section to speak to the work of the Assembly and the work to which commissioners are commissioned. (A link to that letter is found in Unbound: justiceunbound.org/the-general-assembly-in-time-and-cyber-space.) Clearly the virus crisis has thrown many things in the air and yet some of the rallying functions of the Assembly — such as the moderatorial election — can still be achieved. When so much of congregational life has been partly suspended, it is good that our central unifying symbol will take place in cyberspace. 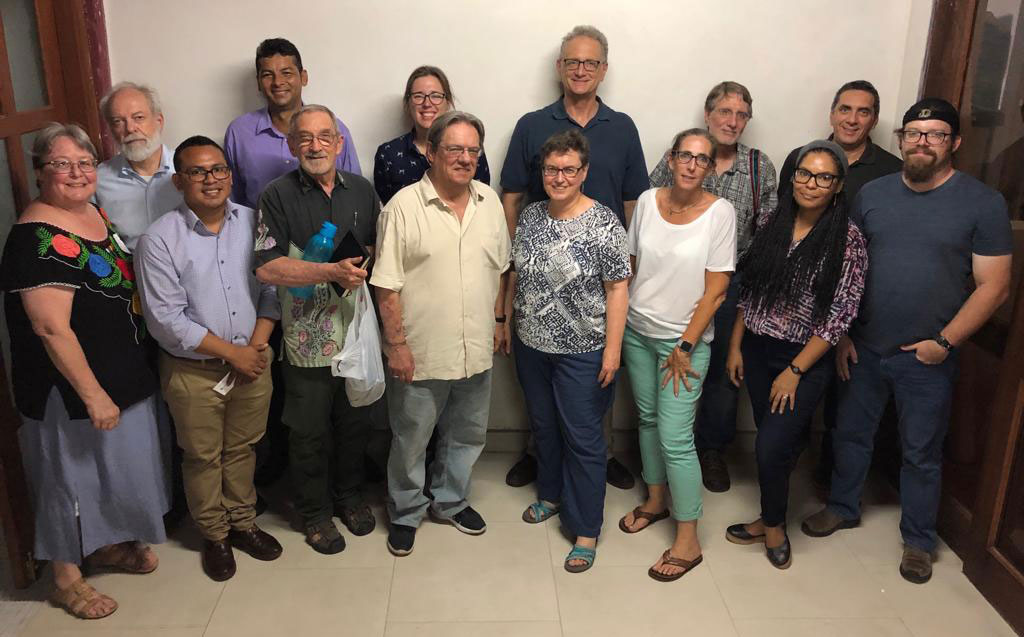 Members of the Central America Study Team and Nicaraguan church partners, mission co-workers, and staff of World Mission and ACSWP in Managua on October 2, 2019.

The ACSWP’s reports to the General Assembly have been posted on PC-BIZ and are listed below:

Because our report of Committee work over the past two years is an information item, it — like all other “agency summaries” — will be received by the 2020 GA:

We are indebted to the faithful work of Presbyterian member volunteers with expertise and experience in the subject areas of these reports, and to the mission co-workers and other staff who have also shared their wisdom and knowledge of particular programs and parts of the church. The Central America study team of five, for example, worked closely with co-workers and church partners (see picture).

In addition to these reports, the Advisory Committee members and staff worked on the “Advice & Counsel” memoranda on other items of business. The A&Cs by the ACSWP and other GA committees are posted right after the items themselves on pc-biz.org. These items included overtures from presbyteries and reports from special committees that have social justice applications or that affect our capacity for social witness. The purpose of A&Cs is described in the 1993 policy on social witness itself (Why and How the Church Makes a Social Policy Witness: presbyterianmission.org/wp-content/uploads/2-why_and_how_the_church_makes_a_social_policy_witness_1993_and_2003_rev.pdf). In this case we hope that posting all of the business for the 2022 Assembly well in advance will enhance that Assembly’s deliberation.

If you are interested in the ACSWP’s analysis of a particular item of business but cannot find it online, please let us know: acswp@pcusa.org.

The Social Ethics Network (SEN) consists of college, university, and seminary professors of religion and ethics who are Presbyterian or who teach in Presbyterian institutions. This January meeting of the Covenant Ethics work group of the Society of Christian Ethics was largely comprised of SEN members. Members of SEN participate in virtually all ACSWP study teams to ensure strong theological and ethical content in the committee’s reports.

The Advisory Committee appreciates that it, and the many other bodies bringing reports to this Assembly, will be able to update those reports before the 2022 General Assembly. In the interim, however, the committee’s ongoing mandate is summarized in its mission statement:

“The Advisory Committee on Social Witness Policy (ACSWP) serves the prophetic calling of the whole Presbyterian Church (U.S.A.) by providing the General Assembly with careful studies of pressing moral challenges, media for discussion and discernment of Christian responsibilities, and recommendations for faithful action.” (ACSWP Manual, Revised, 2014).

This e-newsletter, Salt & Light, is one of those “media for discussion and discernment,” as is the e-journal, Unbound. When we speak of these or other vehicles, we are also involving the Presbyterian Mission Agency, as was the case with Unbound’s print predecessor, Church & Society magazine. We say more about resources and media in the next two sections.

In the committee’s Narrative report for 2018-2020, or “Agency Summary,” (Com-060 above), there is an outline of the changes facing our social witness capacity as a church, including those facing the committee. This outline of changes is part of a section called “New Paths,” near the end of that report. Some changes in the church’s ecology are obvious, some less so. We will be developing short papers on these changes and looking at different ways to work as a committee that helps the church itself deliberate. We invite all those concerned with social witness — how the church educates, takes stands and acts on justice matters — to help us find ways to do it more faithfully and effectively. This will be a project posted on the ACSWP website: presbyterianmission.org/ministries/compassion-peace-justice/acswp

The project “Reimagining the World House” has already begun with an international ecumenical consultation last year, “Standing Together in a World Divided.” The link to the report to the 2020 Assembly underlines the dangers of the United States’ government isolating itself and even alienating other countries. It does not mention the recent suspension of World Health Organization funds, but this is the kind of “America First” approach that weakens international cooperation. From World War I on, the PC(USA) has sought measures for more durable peace and prosperity among the nations, including decolonization and then ways of reducing global economic and ideological division. Here also the two-year process gives time for education and ecumenical conversation with partners in the National Council of Churches at the Christian Unity Gathering (however held!) in October 2020. The ACSWP has been very grateful for excellent colleagues in World Mission who have helped this vision begin to take shape. 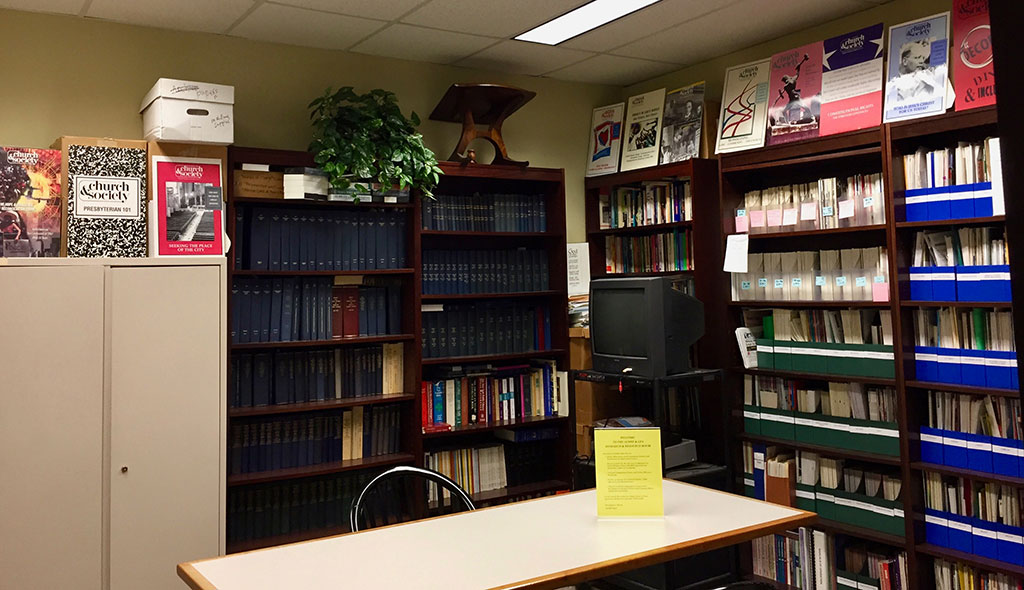 The ACSWP Resource Room is used for researching non-digital materials produced by the PC(USA) for study and advocacy purposes and includes a range of World and National Council of Churches publications as well.

Part of the ACSWP’s policy development function is its stewardship of what the Assembly has said and done, and not all of that memory is searchable online; hence its embodiment in a continuing committee dating back to 1936! But we also have a resource room at the Presbyterian Center with materials from past campaigns (primarily from the past 30 years). For example, if you wonder how we fought — and lost — on public gambling and lotteries, you can see good resources and also evidence of the kind of firepower that opposed us. Same on gun violence — so far. Those old Church & Society and Social Progress magazines also contain countless descriptions of creative church programs and learnings from them.

The exploration of “New Paths,” noted above, does not ignore the way the “old paths” have shaped our identity — egalitarian, antiracist, democratic, feminist and inclusive — at least at our best. To this end, Coordinator Chris Iosso has put together an extensive collection of policy statements, resolutions and some educational pieces in 16 topic areas. This builds on the current section of the ACSWP website, “Social Witness Policy by Topic.” This is intended for teachers in our colleges, universities and seminaries — yes — but also for members of any vocation who want to know what the church has thought and taught about their area of service. A prophetic dimension is part of all our faith and work.

As long as education is a Presbyterian value, we hope that pastors and adult education committees as well as professors can order or download the booklets and study guides that we have on most matters that trouble the Christian conscience — or should trouble it! At the same time, we know that many colleges and universities, Presbyterian and otherwise, are under enormous pressure to focus on STEM subjects: Science, Technology, Engineering and Math, almost to the exclusion of the humanities, including religion and ethics. This is the subject of overtures to the 2018 and 2020 General Assemblies, to which we have responded with A&Cs. Clearly, under the loving sovereignty of God, we need Christian reflection in both broad disciplinary areas. 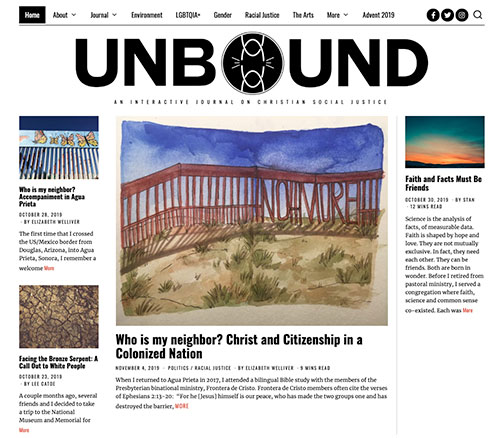 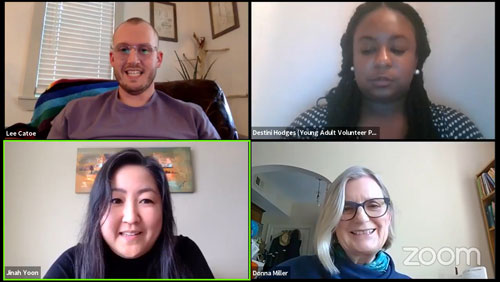 Another effort is designed to lift up the area of urban ministry, particularly in relation to Baltimore, and especially for commissioners who were preparing to go to that city and see Presbyterian mission there. We are posting a special booklet of the ministry reflections on Baltimore by three pastors, and the urban mission framework and recommendations derived from a larger, ongoing Urban Ministry Network, headed by the Rev. Phil Tom. Even for those who have no expectation of ever going to Baltimore, these reflections on ministry in tough and tragic, and also beautiful and touching places, are worth reading and praying about. This is also the ACSWP’s statement of encouragement, gratitude and affirmation to the folks of Baltimore Presbytery for all the work of hospitality they prepared, only to have us all unable to travel physically to be with them.

With prayers for our church, for the General Assembly, and for those suffering directly from the coronavirus,