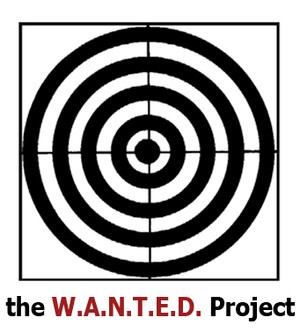 In March 2011, 16-year-old Jeyson Jones had reason to celebrate. He had just won a track meet at his high school and was texting his dad about celebrating over some Cold Stone ice cream. Within five minutes, he was racing into his home, bloody and confused.

“His mouth was bleeding and he was very agitated,” said Kymberly Clemons-Jones, Jeyson’s mom and pastor of nearby Valley Stream Presbyterian Church. “I found out that he had been attacked on his way home by five youth. They hit him from behind with a brick,” breaking his jaw and causing a concussion.

Clemons-Jones also learned of other young people being attacked in the neighborhood. While sitting in the hospital as her son underwent surgery, she says, God spoke to her about the need to reach out to youth in their neighborhood who needed encouragement and support.

“The Lord said, ‘You are going to tell these young men they are worthy, accountable, named, thankful, empowered and determined,’” she said. “I wrote it down and within two months of my son’s attack, my husband and I started a new project at our church.”

The W.A.N.T.E.D. Project (worthy, accountable, named, thankful, empowered and determined) is a seven-week
program regularly attended by as many as 15 to 20 youth, ages 12 to 18. Each week, a male mentor comes to the church and talks to the youth. One mentor talks about what it means to be worthy. A different mentor takes on a different word in the acronym. The group discusses topics such as violence, bullying and identity.

“It’s just been a blessing. We recently wrapped up our 10th class. Our intention was to graduate the initial class, say our goodbyes and send them on their way,” Clemons-Jones said. “But they kept coming back, so we began holding a monthly program to check in with the youth to see how things were going. We keep getting the same ones back, but now they’re bringing their friends.”

The youth initially came from the church or Jeyson’s high school. But word of mouth has generated interest among families throughout the Valley Stream community. W.A.N.T.E.D classes are held in the spring and fall, with monthly gatherings in between the seven-week sessions. The program has expanded to include visits from human resources professionals and others who coach the young people on how to write resumes and interview for jobs.

“Our mentors have been politicians, lawyers, doctors and even correctional officers who share stories that discourage the youth from breaking the law,” said Clemons-Jones.

She has been talking with churches in New York, Connecticut and South Carolina about starting W.A.N.T.E.D. programs, and its first international program has been launched in Ghana.

“A colleague of mine visited, learned about the program and took it back to her community, launching it in a nearby juvenile detention facility,” said Clemons-Jones. “She just completed her second class. I’ve been told many of the participants at the facility have actually received early release because of a change in their attitudes. The center is now requiring those being held to participate as part of their ongoing education.”

She adds that enthusiasm for the program has extended to parents of the participating teens. Many have told her that grades and attitudes have improved since their participation with the W.A.N.T.E.D. Project.

“I really don’t think it’s anything more than we are reiterating what the parents have been telling their youth,” she says. “It’s just coming from an unbiased source, a different face and voice.”

Lord of freedom and promise, guide our feet to find the faith to move beyond passive lives that cry, “Lord Jesus” yet fail to speak truth in love to power. Give us courage to be bridge builders of hope. Amen.