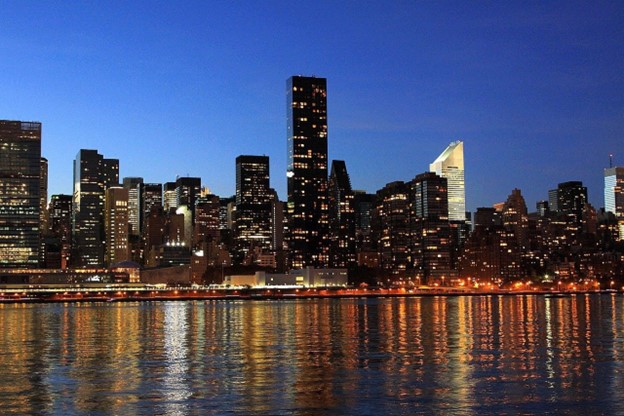 As developing countries face mounting global economic shocks and a deteriorating growth scenario, the concern that we may be on the brink of a chaotic series of debt crises has become more real.

The role of private creditors – investment funds, private equity funds, commercial banks and other firms – will be central to defining whether the international community can rise up to this challenge.

When global leaders agreed on the Heavily Indebted Poor Countries Initiative, back in the late 1990s, private creditors held only about five percent of the debt owed by the beneficiary countries. The rest of the debt was in the hands of public creditors – for instance, Group of 7 members such as the US, the UK, Germany – and multilateral financial institutions such as the IMF and the World Bank, which the G7 largely control.

Fast-forward to today, and the landscape of actors holding developing country debt is dramatically different, with private creditors accounting for 60% of the debt of developing countries. This raises the thorny issue of how to bring them on board debt relief initiatives, as a necessary precondition to make them meaningful and effective.

The Common Framework for Debt Treatments, adopted by the G20 to support pandemic response and recovery in debtor countries, is a case in point. Agreed in November 2020, this process aims to serve as a common creditor platform to coordinate debt relief for borrowers that need it. Though the initiative requires that private creditors share the burden of debt relief, it has no enforcement mechanism to compel them to do so. It falls to the debtor country to seek the support and negotiate participation with its private creditors.

Ideally, an international bankruptcy or arbitration court would address this gap. In the same vein as domestic bankruptcy processes, such an international court would have the power to determine the amount of relief a debtor requires, bring all creditors to the table, and ensure they all share in the sacrifice. While Jubilee USA remains a firm advocate of such solution with G7, G20 and other world leaders, it is fair to say that a consensus on it remains elusive.

In the meantime, a more expedient solution gaining support involves passing domestic legislation in a few critical jurisdictions. New York, whose law governs more than half of private debt contracts in the world, stands out as the main one.

In May, New York State Assembly member Patricia Fahy, Chair of the Banks Committee, introduced legislation that would ensure private creditors participate in debt relief initiatives at the same level as the US government, other governments and other creditors. Under the New York Taxpayer and International Debt Crises Protection Act, a debtor country cleared to have debt cuts in an international initiative would be protected from private creditor litigation. Should a private creditor sue, the legislation requires that the judge reduces their claim by the same proportion agreed in the applicable global debt initiative. Of course, with such ruling expected, the hope is that most creditors will likely not choose to go to court at all. Debtor countries can manage crises more efficiently, finding a quicker exit and lowering the economic and social costs to their people, especially the most vulnerable.

The bill is important from the perspective of countries struggling under the impacts of the pandemic, Ukraine war shocks and food and energy inflation. Pope John Paul II and other religious leaders’ imperative that drove Jubilee USA and the debt movement was and continues to be a moral one. First and foremost, the goal is to prevent the unnecessary human suffering in highly indebted countries.

But the bill also has benefits for New York and US residents, and the economy that serves them. Taxpayers, who fund the US contributions to debt relief initiatives, have a legitimate interest in ensuring other creditors contribute their fair share. Lasting debt crises abroad can disrupt supply chains that affect US imports and exports. Indeed, supply shocks due to the pandemic and later the war are partly to blame for the high inflation we are witnessing in the US and globally. And, the social and humanitarian impacts of debt crises affect us all. The pandemic illustrated quite vividly how under-investing in health security anywhere can end up having health, economic and social impacts everywhere. The same likely holds for investments in food and nutrition, climate adaptation and other priorities.

Fahy’s bill, if passed, could well represent the most significant leap forward for the debt movement since its inception. In the hands of New York lawmakers is the opportunity to improve the lives of billions.

Resources on the Legislation