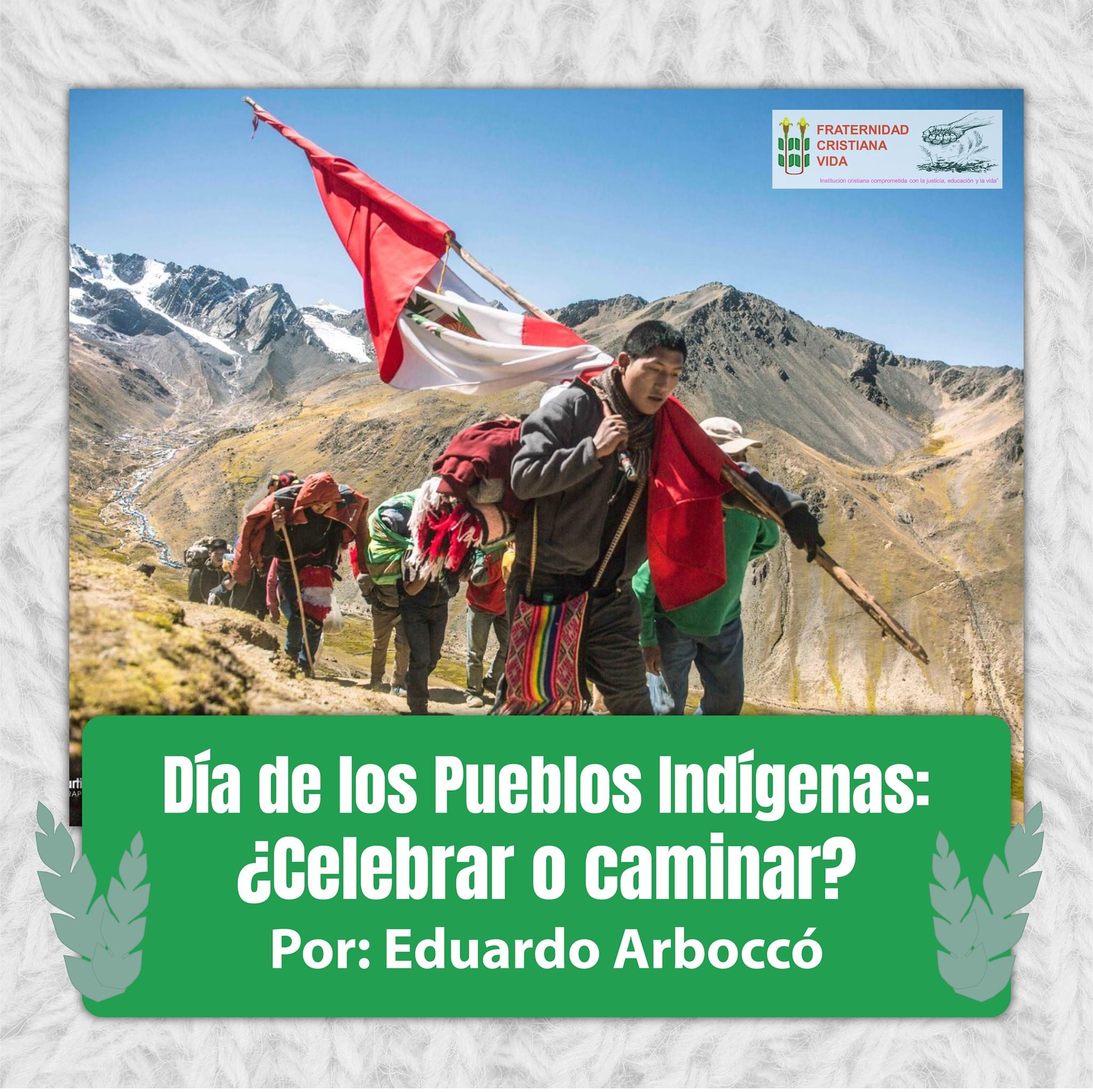 In 1993, the United Nations proclaimed a resolution promoting the celebration every August 9 of “International Day of Indigenous Peoples.¨ So, who are indigenous peoples? And how do we celebrate their day?

One definition of indigenous peoples states that: “they are heirs and practitioners of unique cultures and ways of relating to people and the environment. Indigenous peoples have preserved social, cultural, economic and political characteristics that are different from those of the dominant societies in which they live.”[i]

One way of celebrating Indigenous Peoples is perhaps by recognizing their enormous wealth of knowledge of natural health (bio-knowledge), their care of the earth, their spirituality, among others.

But in so doing, we must not ignore the serious problems they face to this very day: loss of territories, contamination and exploitation of their lands, inequality of rights compared to other social sectors of the country in terms of education and health. These problems often force (mainly young people) to migrate to populations that were developed under a Western worldview, which in most cases receives them with contempt and imposes on them a discreditation of their culture, language and identity.

This reality leads us to ask ourselves the question: On this day, should we really be celebrating, or should we be reflecting and protesting?

There is no doubt that activities that highlight the positive elements and wealth of indigenous peoples are valuable, but is it enough? For example, I recently participated in an interesting conference by the Inter-America Development Bank called: “The First Virtual Forum on Science, Technology and Indigenous peoples. ¨ The conference spoke to the wealth of knowledge of Indigenous Peoples in regard to planting, but the only issue of concern it raised for the well-being of Indigenous Peoples is the danger of using transgenic seeds. Nothing was spoken about the threats to their land. Also, the ancestral knowledge of indigenous women were celebrated, but no attention or analysis was given to the triple threat of being an indigenous woman in a patriarchal and capitalistic society: being a woman, being poor, and being indigenous.

International Day of Indigenous Peoples should be a day of reflection and protest because when we analyze the enormous number of dangers, problems and unjust conditions in which indigenous peoples live in Peru and throughout the world, we realize that our role is not celebratory, rather it is one of indignation and a call to solidarity with our indigenous siblings.

As the Red Uniendo Manos Peru (Peru Joining Hands Network), we address environmental issues. In this work we see with pain the destruction of ecosystems, the irrational use of resources, soils and subsoils, the unjust and forced human displacement from ancestral lands, among many other negative elements. How do we celebrate when these evils are rapidly destroying indigenous peoples?

August 9 should be a time of reflection to be in solidarity with indigenous peoples, but we cannot stop there. Today our call is to see history from their eyes, the in-situ experience of indigenous peoples. Walking, not for them, but with them. The time has come to join their own struggles and contribute to their well-being by making know that their unjust life experiences are part of something bigger: a neoliberal capitalist system, where the practice of the free market (and all the structure that is generated with it), affects all humanity and that, with the desire for wealth, our planet, our home, is slowly being destroyed.

When we read in Romans 8.22 “Because we know that all creation groans together, and one is in labor pains until now”, we understand that any spirituality that considers the planet as its home, groans together with that creation because of the experiences of injustice and death that we experience at different levels all the societies and cultures of the world today.