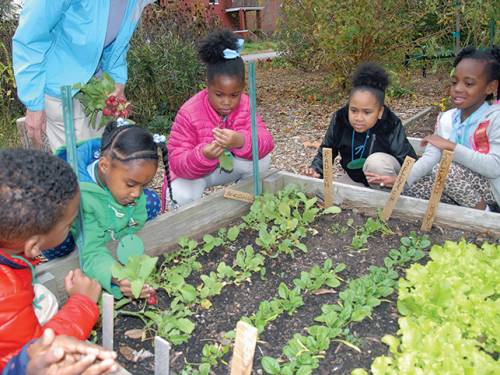 LOUISVILLE – While violence and fear pervade war-torn Syria, Presbyterians across the United States are helping those displaced by the conflict rebuild their lives.

Since the war began in 2011, at least 13.5 million people have had to leave their homes and seek safety in Lebanon, Europe and the United States. More than 250,000 others have been killed.

Thanks to gifts to One Great Hour of Sharing, Presbyterian Disaster Assistance (PDA) has been able to respond quickly to the refugee crisis. Working with churches in the region, PDA helps Syrian refugee children in Lebanon continue their education and provides refugee families food, shelter and heating oil. In the United States, PDA assists congregations’ efforts to resettle refugees and to follow the biblical imperative to extend hospitality to strangers and foreigners.

But the One Great Hour of Sharing offering, which is traditionally taken on Palm Sunday or Easter, does more than help refugees build new lives in a new country. It also enables PDA to assist displaced refugees seeking to return to the country they love.

Though the war rages on and threats from the Islamic State — also known as ISIS or ISIL — persist, a number of Syrians are returning home. Some of them live in Homs, Syria’s third largest city, where a partnership between Presbyterian Disaster Assistance and the National Evangelical Synod of Syria and Lebanon has helped rebuild more than 40 houses and apartments.

Presbyterians who support One Great Hour of Sharing provided the funds to make this homecoming possible. PDA’s director, Laurie Kraus, recently met with a displaced couple, an engineer and pediatrician, whose apartment was rebuilt.

“Their block is dark at night,” Kraus said. “There is no one else in their building or on their street. The wife goes out at 3:00 in the morning to make house calls on children. They’re living like pioneers at a frontier outpost, because they believe it is the only way to bring back their city.” 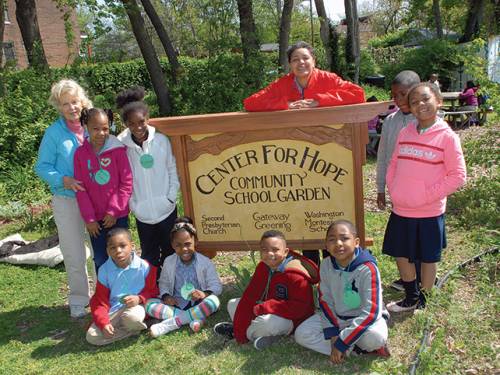 In Holyoke, Massachusetts, One Great Hour of Sharing gifts are helping another group in need of a new beginning in life, ex-offenders.

After spending time in prison on a drug-related charge and beating drug addiction, Olga Pedraza completed training to be a counselor and looked forward to helping others overcome chemical dependency. She was offered a job she really wanted, but the job required a driver’s license, which Pedraza didn’t have. Her driving privileges had been revoked upon her conviction, and Pedraza would have to pay thousands to get them restored, money she had no realistic hope of getting. The job market is tough in Holyoke, a town of 40,000 filled with abandoned factories that once fueled the local economy. Her status as an ex-offender made her job search even more challenging.

Pedraza set out to change the system, so she joined Neighbor to Neighbor, an organization that works with other groups to promote investment in jobs and education rather than prison. Not long after Pedraza got involved the coalition scored a major legislative victory. Last year Gov. Charlie Baker signed a law repealing automatic suspension of driving privileges for most drug offenses. Pedraza was able to get a job as a counselor.

“More than 7,000 lives are being transformed, thanks partly to a grant from the Presbyterian Committee on the Self-Development of People,” said Lena Entin, an organizer with Neighbor to Neighbor. “This victory means that stories like Olga’s will be repeated over and over again.” Gifts to One Great Hour of Sharing enable Self-Development of People (SDOP) to participate in the empowerment of people like Pedraza. SDOP works with national and international grassroots groups that seek to change structures that perpetuate poverty, oppression and injustice.

The school-to-prison pipeline is another issue Neighbor to Neighbor addresses, thanks in part to the support of SDOP and One Great Hour of Sharing. A 2014 report by the National Research Council says the U.S. prison population grew from 200,000 to 1.5 million from 1973 to 2009 and notes that more than half of those incarcerated are either black or Hispanic. Black men under 35 who lack a high school diploma are more likely to be incarcerated than in the labor force, the report reveals. “We’re educating people to shift public views on mass incarceration, so people will start calling for change,” Entin said. 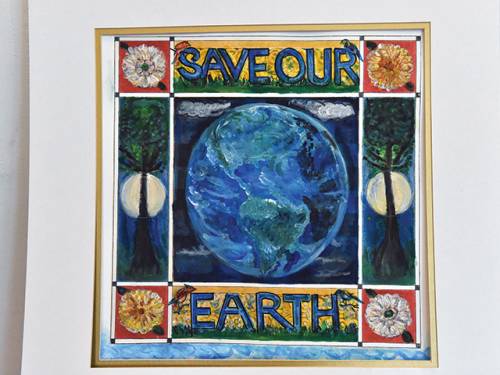 In Peru, One Great Hour of Sharing gifts are tackling the local manifestation of a global problem — environmental degradation. The abuse of God’s creation has left Peruvian communities vulnerable to malnutrition and poverty.

Long-term environmental issues must be addressed alongside hunger and poverty concerns, says Jed Koball, a Presbyterian mission co-worker serving in Peru. This became clear to him while visiting alpaca farmers in Huancavelica, Peru, whose families’ livelihoods were threatened by the parched pastureland surrounding this mountain town. Koball thought an irrigation system funded by a U.S. congregation could restore the land to health.

The farmers accepted the offer, but suggested that the system alone would not solve the problem. They pointed out that mountaintop icecaps that feed springs and lakes to the north were receding due to climate change; corporate farms on the desert coasts were piping lake water down the mountains, and mining activity was contaminating the groundwater. This encounter helped Koball recognize the link between environmental threats and social concerns.

“Global warming is the greatest threat humans ever faced,” Koball said. “Communities like this are feeling its impact right now.”

Koball was appointed by the Presbyterian Church (U.S.A.) to work with Joining Hands Peru, a ministry of the Presbyterian Hunger Program. Joining Hands links churches and organizations in Peru with U.S. congregations and presbyteries to work on hunger, poverty and environmental degradation. Gifts to One Great Hour of Sharing make these partnerships possible.

Second Presbyterian Church in St. Louis is one of the congregations that stand alongside Joining Hands Peru. The environment “is not a left or right issue,” said Ellie Stock, a retired teaching elder who worships at Second Presbyterian. “It’s a life issue.”

Second Presbyterian is a certified Earth Care Congregation through the Presbyterian Hunger Program. These congregations commit themselves to environmental stewardship in worship, education, facilities and outreach activities.

Second Presbyterian joins with other U.S. Presbyterians to work for national public policies consistent with Joining Hands Peru’s efforts to free communities from hunger and poverty.

“The ministry of Joining Hands Peru is advocacy oriented,” Koball said. “We are learning about and participating in public policy discussions at local, national and even global levels.”

In Homs, Syria; Holyoke, Massachusetts; Huancavelica, Peru, and other communities across the United States and around the world, Presbyterians and their partners are making a lasting impact by addressing the root causes of injustice. This long-term and holistic approach to ministry is possible because of gifts to One Great Hour of Sharing.

Pat Cole is a communications specialist for the Presbyterian Mission Agency. Bryce Wiebe is director of Special Offerings for the PMA.