Make A Donation Click Here >
Home › To help Haiti, we must understand Haiti 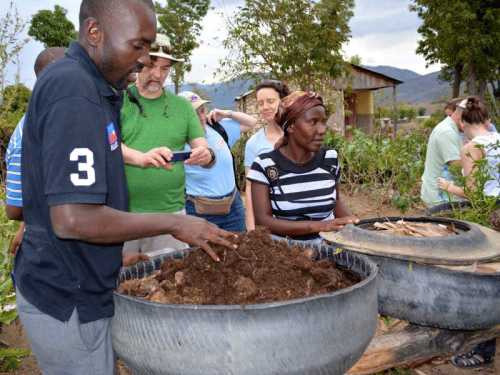 In this 2015 photo, Viljean Louis, coordinator of the Peasants Movement of Bayonnais in Haiti, explains the advantages of using red worms in yard gardens to help aerate the soil. (Photo by Cindy Corell)

LEXINGTON, Kentucky — In 2010, Cindy Corell was a journalist working in the Washington, D.C. area when she attended a lecture by Haitian-born author Edwidge Danticat.

Danticat paused and then replied, “Tell the stories of what Haitians are doing for themselves.”

Corell had already been familiar with Haiti and its people through mission work and education by the time she met Danticat. Since then Corell has made Haiti her life’s work, getting to know the people and working with them as the Presbyterian Church (U.S.A.)’s only mission co-worker in Haiti.

On Monday, she joined three other panelists on a webinar presented by the Episcopal Church Office of Government Relations and Haitian Advocacy Working Group to discuss Haiti in a broader sense than the current political turmoil it finds itself in, though that can’t be ignored.

Click here to see ‘Haiti Below the Surface: Challenge and Opportunity’ in its entirety.

“While this program will not focus directly on political analysis of the past week, what is happening at the national government level, with increased gang activity, is inhibiting the ability of many amazing Haitian organizations and individuals to do the work of constructing an even better Haiti,” moderator Alan Yarborough of the Episcopal Office of Government Relations said in opening remarks.

Jake Johnston of the Center of Economic and Policy Research painted a historical picture of Haiti and how it has come to the situation it is in. He said it is easy to see Haiti back in the headlines for another political crisis and conclude, “It must be a failed state.”

He continued, “Really a more appropriate term would be ‘an aid state,’ a state that has been shaped as much by foreign intervention and foreign interference as by the Haitian people themselves.”

From its start as an independent nation after a successful slave revolt in the late 18th century, the nation was hobbled by crippling debt to France, international ostracism, and then U.S. occupation in the early 20th century. The middle of the last century was dominated by the autocratic rule of father-then-son François ‘Papa Doc’ Duvalier and Jean-Claude ‘Baby Doc’ Duvalier until 1986. Since then, Haiti has endured political turmoil on top of several natural disasters, including last week’s assassination of the Haitian president, Jovenel Moïse, in his private residence.

Johnston said leaders have looked for legitimacy from foreign entities while everyday needs of the people are ignored.

Sasha Filippova of the Institute for Justice & Democracy in Haiti detailed the present-day situation from a justice and human rights perspective. There is no clear successor to Moïse, whose legitimacy was already disputed. There are only 10 elected officials in the country, she said, all senators, but not enough to form a governing quorum, and the courts are also dysfunctional.

“There is not a clean, constitutional way to transition power at this moment,” she said.

In that environment, even before the assassination, the country was beset with violence including 18 civilian massacres since 2018, antiquated laws that fail to recognize acts such as marital rape as crimes, and widespread food insecurity. In the past year, Haiti has also endured several COVID-19 outbreaks.

“Haitians as a whole are losing faith in their institutions, which leads to a breakdown of systems for resolving disagreements and grievances, or for seeking justice by peaceful means,” Filippova said.

Both Johnston and Filippova tried to end on hopeful notes, pointing to the resilience of the Haitian people, which was reinforced by Fabienne Jean of FONDAMA, the Presbyterian Hunger Program’s Joining Hands initiative in Haiti, as well as Corell. 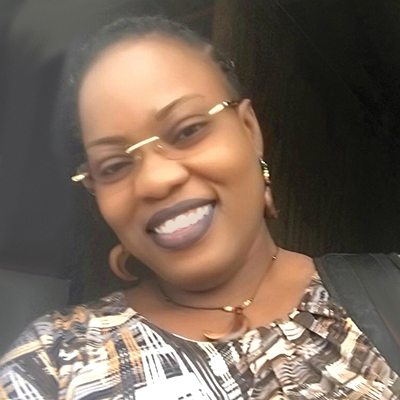 “This is the right moment to talk about what is happening, and to see what we can do and how we can do it together,” Jean said, opening her remarks.

Jean said that the last three years have been “nothing but misery for the Haitian people” and that while they mourn the death of Moïse, the former president offered no real solutions to the problems that face the people, largely the result of foreign, business, and natural influences. Over the last decade, she said there had been a dramatic rise in hunger in the country.

“Any self-respecting nation should be able to at least feed its people,” Jean said. “And this is what FONDAMA, the Joining Hands Network, is trying to do. Its work is to get a common trust between the people by putting several organizations across the country together in a network.”

She said within the network they emphasize sustainable development by adapting planting schedules to climate change, employing planting techniques that minimize the impact of flooding, and sharing other strategies to address the challenges they face. 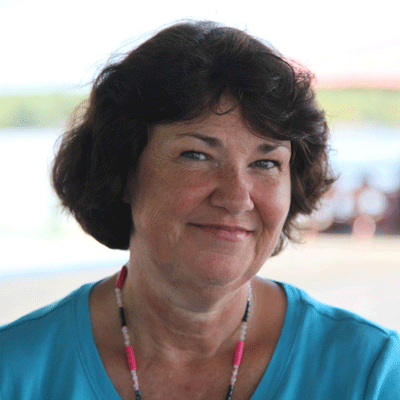 “Anyone who’s traveled to Haiti with me knows the first thing I do before you come through Haiti with me is you become very comfortable with Haitian history, culture, and some of the ways that the outside countries, the international world, has affected Haiti to create this poverty that we all like to talk about,” Corell said.

The last week has been a prime example, Corell said, of why mission and advocacy are intertwined in Haiti.

“We have to stop and consider maybe we’ve been doing it wrong. Maybe we haven’t really, truly listened.”

Beyond a weeklong mission trip, Corell encouraged viewers to consider how they could help make real change for Haiti through advocacy and supporting the work of groups like FONDAMA that strive for sustainable solutions to problems Haitians face.

“If you do some of these things, your idea of mission might change, and be comfortable with that,” Corell said. “What would happen if your Haitian leaders were fully empowered, or more empowered? We carry the words of Micah with us: We love kindness and act justly and walk humbly with our God. But when we’re talking about Haiti, our job is much bigger than planning for that one week when we’re there.”