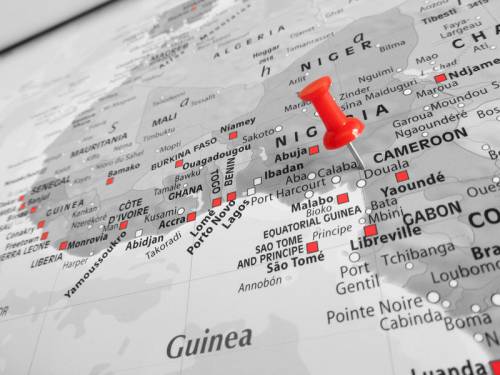 YAOUNDÉ, Cameroon — Cameroon has been in turmoil since 2016, as a result of the Anglophone crisis. This discord followed complaints by English-speaking Cameroonians of their marginalization within the Republic of Cameroon.

The origin of this problem lies in the colonial history of Cameroon. In 1919, after the defeat of Germany in World War I, the League of Nations divided the German colony of Cameroon between France and England. Eventually 80% of Cameroon was managed by France as a United Nations trust territory, and 20% was managed by England.

In 1960 the French section gained independence, while the part administered by England continued to be a UN trust territory. Then in 1961, the UN offered English-speaking Cameroon two options for independence: Join either the independent French Cameroon or the Federal Republic of Nigeria.

Anglophone Cameroon voted to join French Cameroon and their slogan was “How good it is to join our brothers!” But they forgot that colonization by France and England had left Cameroonians with two different cultures. The marriage of two cultures nonetheless came about; however, the cohabitation has been poorly managed by the government and the Anglophone minority feel marginalized and sidelined.

French-speaking teachers deficient in English also were appointed at Anglophone universities. This contributed to accelerating alienation and marginalization. Although Anglophones have complained since the two regions came together, it wasn’t until 2016 that lawyers and teachers organized a strike to denounce the inequities. Their peaceful protest was met with violence, and many were arrested by government law enforcement. Thus began the Anglophone crisis, which has now escalated into war.

Action Alert (Added Sept. 13, 2019)
The Presbyterian Church (U.S.A.) Office of Public Witness has issued an Action Alert to end the violence and support peaceful dialogue in Cameroon. The security situation in the Anglophone regions of Cameroon continue to deteriorate. Over 2,000 people have been killed and more than 200 villages have been partially or completely burned due to the armed conflicts between separatist groups and the Cameroonian military.  More than 530,000 people have been internally displaced and about 50,000 people are now refugees.  The economic impact of the conflict has not only been devastating the Anglophone regions but the entire country.

Use this online, editable form to contact your congressional leaders and ask them to support an end to the violence in Cameroon.

According to the UN Office for Coordination of Humanitarian Affairs in Cameroon, 1.5 million people are in need of humanitarian assistance, 52,000 Anglophone refugees are in Nigeria, while 430,000 are internally displaced in other areas within Cameroon. Some conservative estimates suggest 2,000 people have been killed and more than 200 villages burned down. Despite the alarming situation, this conflict isn’t being reported in the press and the situation continues to deteriorate.

Generally, there is no person from the Anglophone region of Cameroon who has not been directly or indirectly affected by the ongoing war. I have been personally affected in several ways. In April 2019, the house of my aunt, a retired nurse, was burned by the military. In the process, certificates, official identification documents, food items harvested and stored, clothing and everything else were destroyed with the house. My youngest sister saw her husband brutally murdered. Not because he committed any crime but simply because in a war zone everyone is a target.

Remnants of the food destroyed April 2019 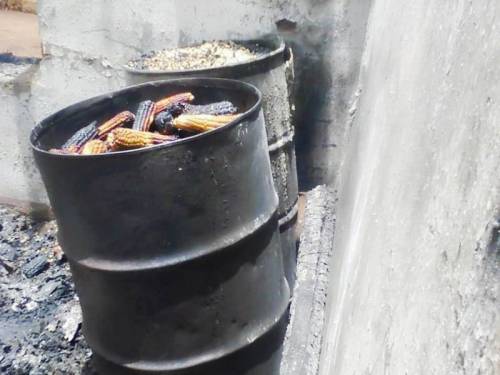 Mine is just one of many stories of people affected by the Anglophone crisis in Cameroon. The fundamental question I grapple with every day is what can I do to stop this unnecessary bloodbath? As an individual, I feel helpless, but I know I have strength because of the many people in the world who do care. It is unacceptable to stay quiet, stand by and watch the slaughtering of innocent people who only demand their rights and accountability.

Through our collective voices to all those in government, Congress or Senate, something can be done to make sure pressure is exerted on the war mongers to stop. One of the most precious gift Jesus left all of us was peace (John 14:27).

Let us contribute in any way possible to make sure peace returns to Cameroon.

To support the work of Joining Hands – Cameroon, make a gift online.

Jaff Bamenjo serves as Coordinator of the Network for the Fight Against Hunger (RELUFA), a Presbyterian Hunger Program partner of Joining Hands – Cameroon. He is also a 2019 International Peacemaker with the Presbyterian Peacemaking Program. 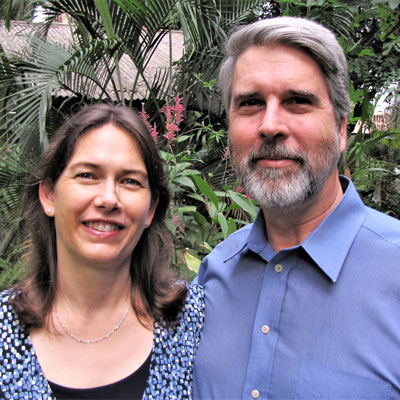