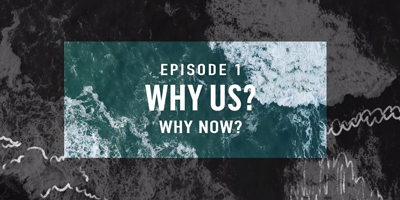 LEXINGTON, Kentucky — The Presbyterian Week of Action will include the premiere of the latest offering from the church’s documentary film ministry, Story Productions.

“Trouble the Water: Conversations to Disrupt Racism and Dominance,” would seem to be perfectly timed to this summer and mostly-virtual week of events born out of the Presbyterian Church (U.S.A.)’s solidarity with the uprising against systemic racism and witness that God loves Black lives.

But “Trouble the Water,” directed by David Barnhart, has been years in the making.

“The title is very true to the spirit of the project,” said the Rev. Molly Casteel, Manager of Equity and Representation in the PC(USA) Office of the General Assembly. “These films were built to disrupt.”

Unlike previous Story documentaries such as “Flint: The Poisoning of an American City” (2019) or “Trigger: The Ripple Effect of Gun Violence” (2017),  “Trouble the Water” is a four-part series of short films that, when they are released in their entirety, will have a detailed curriculum, and there will be training available for discussion leaders.

Click here to register for the “Trouble the Water” premiere at 3 p.m. Eastern Time on Aug. 28.

“As it went on, we realized that this is not a piece where just anyone can watch the video and lead a discussion,” said the Rev. Larissa Kwong Abazia, who was Vice-Moderator of the 221st General Assembly (2014)  and helped launch the idea for a video series to facilitate discussions about race, racism, ethnicity, and ethnocentrism in the church.

That came in response to an overture at the 221st General Assembly that was passed at the 222nd GA calling for a churchwide conversation on race. It also dovetailed, Casteel said, with the end of in-person discussions about race that had been taking place during odd-numbered years when there was no General Assembly.

At the 222nd General Assembly, the Rev. Denise Anderson, who now directs the Office of Racial and Intercultural Justice in the Presbyterian Mission Agency, was elected Co-Moderator, and as part of her work she got involved in the creation of “Trouble the Water.”

“Not knowing  what shape it would take, I had the opportunity to work with David to give guidance and input on what we hoped the church would learn in the discussion,” said Anderson, who will be part of the panel discussion after the episode premiere at 3 p.m. Eastern Time on Aug. 28. “It is fascinating and exhilarating to see how our vision took shape.”

Joining Anderson on the panel for the premiere of the first episode, “Why Us? Why Now?,” will be Casteel, Jessica Vazquez Torres, who is featured in the episode, and moderator the Rev. Laura Mariko Chiefetz of Vanderbilt Divinity School. 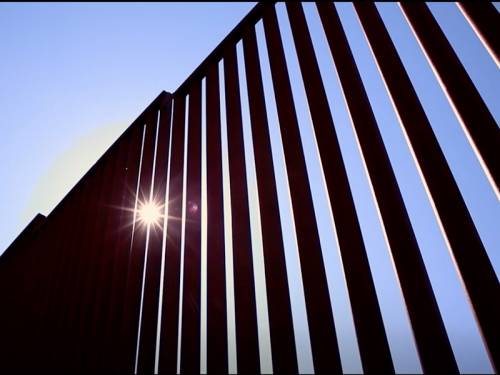 Immigration is a major topic covered in “Trouble the Water: Conversations to Disrupt Racism and Dominance.” (Photo from Story Productions)

Torres, National Program Director at Crossroads Antiracism Organizing & Training, says in answer to the episode’s title question that forces that define the nation such as racism, classism, heteropatriarchy, xenophobia, and transphobia are not sustainable.

Racism alienates us from ourselves and each other, she says, and gives people the idea we don’t need each other because if we can be safe, it doesn’t matter what happens around us.

That’s why we need to start the conversation about race, she says.

Story Productions is based in Presbyterian Disaster Assistance, but the project is the result of cooperation among several ministry areas in the Presbyterian Church (U.S.A.), including the Office of the General Assembly and Racial Equity and Women’s Intercultural Ministries.

There have been a few other sneak peeks of episodes to specific groups in the last year, and the participants in the series say that it has affirmed that the series is disruptive and demands broad, intentional discussion.

“We want to create a pause,” Casteel said, “and not just interpersonal but, what do we do as a group, as the church?”

Kwong Abazia said the series “lays a wonderful foundation for the issue of racism and white supremacy. I hope it encourages people to do the hard work.”

The series was originally expected to be released in 2019, but as often happens in film projects, there were delays. It is now arriving in what seems like the perfect time, as the twin crises of COVID-19 and the uprising against systemic racism have brought issues of race in society to the forefront of our national and even global conversation.

“The world, as we know it, is being divided into pre-COVID and post-COVID,” Anderson said. “Post-COVID can be a more just society.”

Learn more about the Presbyterian Week of Action

Visit Facing Racism for more resources from the PC(USA)

Listen to the Rev. Laura Mariko Cheifetz on the 1001 New Worshiping Communities Podcast