Make A Donation Click Here >
Home › COVID-19 delayed her disaster ministry. Then a disaster came to her

COVID-19 delayed her disaster ministry. Then a disaster came to her 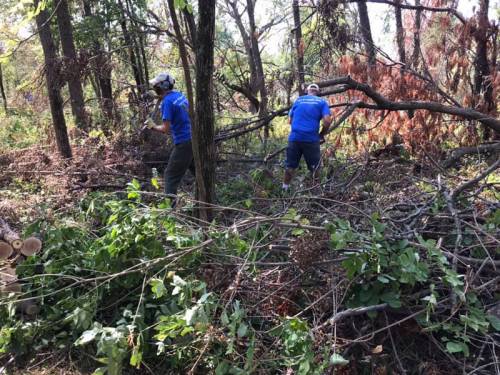 On the All Iowa Presbyterians Day of Mission, a crew of more than 70 Hawkeye State Presbyterians helped clear debris from Prairiewoods Franciscan Spirituality Center in Cedar Rapids on Sept. 5. (Photo courtesy of Presbytery of East Iowa on Facebook)

At Coe College, a historically Presbyterian college in Cedar Rapids, Iowa, where Hutson served as chaplain from 2003 to 2017, she led a few PDA-sponsored trips, starting with a journey to Gulfport, Mississippi the spring after Hurricane Katrina struck the Gulf Coast.

But there was also a quieter aspect to her calling.

“One of the things when you’re a college chaplain is you’re on the crisis response team,” Hutson said. “So, when there’s the death of a parent, a significant injury that comes up on campus, or the death of a student — those types of traumatic events were something I was routinely involved in, so I feel like I was equipped with that ‘ministry of presence’ in the wake of trauma.” 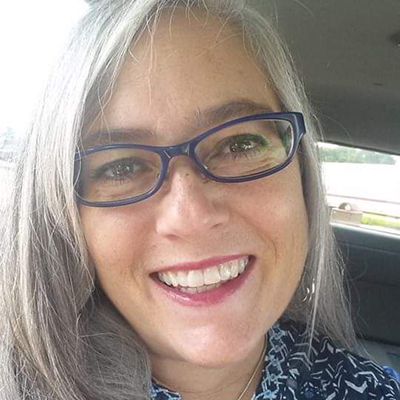 When Hutson decided to leave chaplaincy in 2017 and start a new chapter in her life and ministry, she looked to PDA’s National Response Team (NRT) as a place she could possibly use her experience and gifts to serve the denomination.

The door did not immediately open. On her initial application in 2017, Hutson was told there were no openings on the NRT. But about a year later, she got a call asking if she was still interested and inviting her to go through a discernment process.

“It’s not just, do you have experience but, ‘Are you called to be part of this ministry?’” Hutson said.

Hutson was invited to join and went through the training process with other new NRT members.

“We all got onboarded,” Hutson said, “and then COVID hit.”

With the coronavirus pandemic, the Presbyterian Church (U.S.A.) suspended all travel by national staff, so none of the new team members have been deployed. PDA has been doing virtual deployments to natural and human-caused disasters since the spring.

“That’s been really hard, because we all feel newly called to the ministry, but we have not been able to be the hands and the heart and the love of God in the wake of spring tornadoes that have happened, and now we’re coming on hurricane season,” Hutson said. “It’s been a challenge.”

But midsummer brought another challenge to Hutson’s doorstep, literally, when a relatively rare windstorm tore through Iowa, including Cedar Rapids. 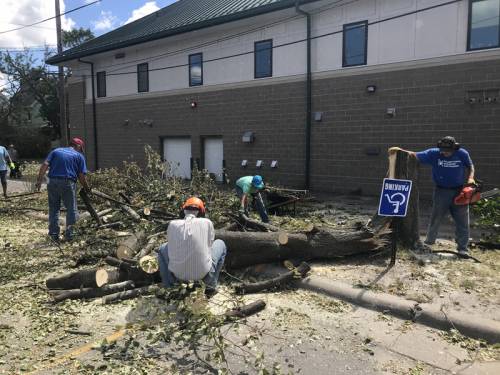 “We lost two-thirds of our tree canopy in Cedar Rapids,” said Hutson, adding she lost four trees in her own yard as a result of the derecho that struck the Midwest Aug. 10.

Derechos are sometimes described as “inland hurricanes,” except this one came with far less warning — two hours, Hutson said — and though it lasted only 15 to 30 minutes, it will take years to recover.

CLICK HERE TO GIVE TO PDA’s RESPONSE IN IOWA

In the shorter term, some areas of Cedar Rapids were without power for up to two weeks, creating problems for people who needed power to run medical devices and destroying a lot of refrigerated food, including at food pantries. And those food pantries were being overwhelmed with new clients left in need by the storm.

On top of all that, the COVID-19 pandemic was an ongoing reality, and the disaster seemed poised to cause a spike in cases.

“How do you weigh the risks of helping your neighbor with the risk of becoming infected with COVID?” Hutson said. “It was really hard to know how do I navigate this and how do we respond together and still social distance?”

Fortunately, Hutson brought some experience and fresh training to the situation.

Both Hutson and Kirk emphasize that she was not working in her PDA NRT role in Cedar Rapids. PDA does not typically deploy response team members in their own communities, recognizing they have their own recovery to attend to. And longtime NRT member the Rev. Greg Smith was virtually deployed to the Presbytery of East Iowa and other impacted presbyteries.

Hutson said at least part of a PDA initial assistance grant went to help restock food pantries that had lost power and food. Hutson has helped coordinate the restocking efforts as well as a school supply giveaway and commuter volunteers coming in for projects such as clearing debris from a large local Franciscan spirituality center that experienced a lot of tree damage. More than 70 Presbyterian volunteers turned out for that project Sept. 5.

“I partly did that because there was so much willingness to help,” Hutson said of the day of service at the center, which has extensive walking trails open to the public. “I thought, ‘Oh, it would be cool to get everyone together and do one location.’”

“The generosity of our fellow Presbyterians coming in from all over the state to help our community … is amazing, and this is just more of that,” Hutson said. “It’s been really heartwarming to see Presbyterians step up.”

Of course, Hutson wishes none of this had happened to her community of more than 135,000 people. But since it has, she is grateful to have the PDA training to help her navigate the days of recovery work. 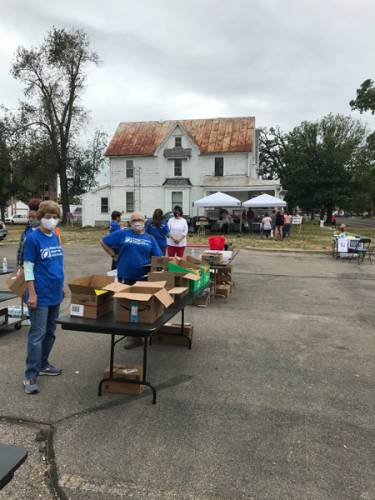 “One of the populations impacted by this are immigrant and refugee families in Cedar Rapids,” Hutson said. “I learned in training how important it is to develop relationships with folks in the communities that you’re called to serve, and that you walk alongside them as opposed to trying to ‘save’ them. It’s important to foster those relationships and friendships and then say, ‘How can we best support you?’ and ‘What would that look like from your perspective?’ not, ‘What do I think you need?’”

Hutson said that has been important leading others on the recovery task force, and to her own work as she has gained the perspective of people she expects to be serving soon.

“Responders travel into a disaster impacted area have a great deal of knowledge about disaster response and always need to remember people do not care how much you know until they know how much you care.” 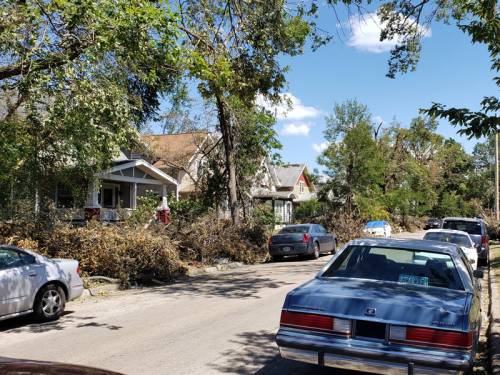 Cedar Rapids lost two-thirds of its tree canopy to an Aug. 10 derecho, a devastating windstorm. (Photo courtesy of Presbytery of East Iowa on Facebook)

Hutson said, “If there is any lemonade of having this disaster in my back yard as a newly onboarded NRT person, even though I have not been wearing my NRT hat here … I’m equipping myself with tools that will guide my ministry in the future, when I do get to wear the NRT hat.”