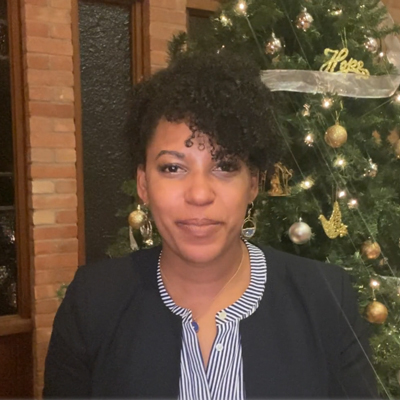 LOUISVILLE — The Rev. Ruth-Aimée Belonni-Rosario Govens is a testament to the leadership development that takes place through the Conference for Seminarians of Color.

Now celebrating 40 years of producing denominational leaders including General Assembly moderators the Rev. Bruce Reyes-Chow and the Rev. Dr. Neal Presa; Presbyterian Mission Agency President and Executive Director the Rev. Dr. Diane Moffett; the Stated Clerk of the General Assembly of the Presbyterian Church (U.S.A.), the Rev. Dr.  J. Herbert Nelson, II; the Director of Racial Equity & Women’s Intercultural Ministries (RE&WIM), the Rev. Dr. Rhashell Hunter; and others, the conference continues to produce leaders of color who serve in a variety of ways throughout the denomination.

Rosario Govens first attended the Conference for Seminarians of Color in 2005 as a second-year seminarian at Princeton Theological Seminary. Prior to attending the conference, she had participated in the Presbyterian Young Women’s Leadership Development program Racial Ethnic Young Women Together under the direction of the Rev. Bridgett Green. “That group has nurtured many young women of color and young women who went on to take on leadership roles in the church,” said Rosario Govens.

For students of color, life on the campuses of predominately white institutions can be very isolating. Rosario Govens says when the Rev. Dr. Victor Aloyo, associate dean of institutional diversity and community engagement at Princeton Theological Seminary and the head pastor of La Iglesia Presbiteriana Nuevas Fronteras, suggested that she attend  the conference, she thought it would be a great opportunity.

“I was excited to meet other seminarians of color,” she said. She also wanted to take advantage of the insight she would gain from the conference on how to take the ordination exams.

Rosario Govens says the conference made a lasting impression on her. “It was the opportunity of being among other students of color and the realization that I was not alone. I am still friends with some that I met at conference,” she said. “It was a safe place. I could be myself. It put students at ease, and I could be myself in a way that I could not be at Princeton. We could be ourselves and we didn’t feel like an intruder and then there were resources available to us.”

Another memorable moment at the conference for Rosario Govens was a pastor who shared her experience of being a Black pastor in a predominately white church.

She said the ordination exams information was helpful, as was getting to know national staff and seeing the possibility of opportunities. “The conference opens a path to the national church, and you get closer to a seat at the table,” said Rosario Govens.

As a native of Puerto Rico, English was a second language for Rosario Govens. “The wording and translation and sentence structure of the ordination exams make it difficult for students with English as a second language to score as well on the tests as English-speaking students,” she said. She has since become a part of a national committee to address this issue.

Rosario Govens says the leadership skills she gained by attending the conference help her to lead out of authenticity and allow her to be her genuine self. “The Conference for Seminarians of Color helped me to realize my own innate leadership abilities,” she said. “It helped me to understand that I can lead in a way that works for me and I don’t have to follow majority white church rules or have to negotiate with others to be heard or to get a good grade because of  cultural differences.

Now the Executive Vice-President of the Presbyterian Pan American School in Kingsville, Texas, Rosario Govens and her husband, Dr. Gordon Allen Govens, co-lead a student body that is 98 percent international. She says she employs skills and lessons she learned during the conference while executing her everyday duties on the job.

“It’s critical that I help employees understand that when they engage with the students, there’s a lot goes on,” she said. “We have students from several countries, and we have to be in ministry on a daily basis. We become the guardians. It’s not just about academic education, but we have to help them with all aspects of their life.”

The Presbyterian Pan American School is supported by the Christmas Joy Offering. Rosario Govens is the featured preacher in an inspiring video about the offering.

While she has no interest serving at the national church level, Rosario Govens says she enjoys working on national committees because she feels she can be more effective that way.

“This is a great conference! It truly changes lives, including mine,” Rosario Govens said. “I would recommend this conference in a second — and especially to women.”

Give to the Christmas Joy Offering to help Presbyterian-related schools and colleges equipping communities of color provide life-changing experiences.