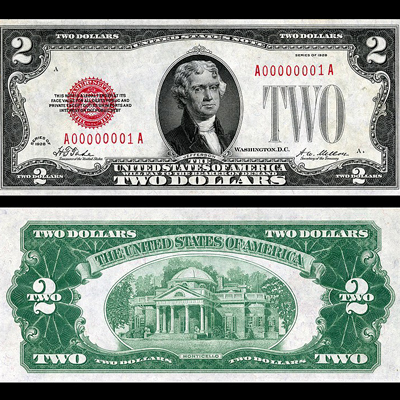 LEXINGTON, Kentucky — The first time the Rev. Lee Catoe heard the term “queer,” it was in the saying “queer as a $2 bill.”

Sometimes it simply referred to something that was just odd, but other times it was referring to someone in the LGBTQIA+ community.

“I still have a $2 bill that I hold to remind myself of that queerness,” Catoe said, “that $2 bills are disruptive because they’re not based on … the regular units that we use in our currency — like it’s not a factor of five. They’re very disruptive, and they’re very out of the box.”

In mainstream American culture, queer families are disruptive to the expectation that a family will be a man, a woman, and a few children — the 20th century “nuclear family” — and that  was the topic at hand on Tuesday night’s edition of “Just Talk Live,” the weekly Presbyterian talk show from Unbound: An Interactive Journal of Christian Social Justice.

Catoe, co-host of the series, was joined by three participants in Queering the Family, a series of essays and Bible studies presented in the weeks between Mother’s Day and Father’s Day by Unbound and More Light Presbyterians.

“Queering means to kind of disrupt or open up or expand what it means to us when you think about family,” Catoe said, opening the episode. Addressing the timing between the parental holidays, he added, “the reason why we did that is to not really dismiss our moms and dads, but to expand what it means to be a parent or to be a part of a family, a chosen family, as many of us in the current community have.”

See the ‘Queering the Family’ episode of ‘Just Talk Live’

The Rev. Dr. Brett Webb-Mitchell, a Presbyterian pastor and part-time LGBTQIA+ advocacy coordinator for The Oregon-Idaho Conference of the United Methodist Church, reflected on the ideal families Americans have seen from “The Donna Reed” show of the 1950s and ‘60s to even “The Simpsons,” now in its third decade.

“Queerness liberated me from the tyranny of the heterosexual, white cisgender, middle class, family, nuclear family idol, that I think is still out there and still operating quite well,” Webb-Mitchell said, calling it the “tyranny of the American family” and saying that model isn’t even biblical.

“When I find a lot of so-called evangelicals, picking on ‘family values,’ I always want to go, ‘Do you understand what was going on in those biblical families?’ Because it was more of a real potpourri. … There’s always been an evolution of our understanding of what it means to be family, and queering the family is but one of the latest ways that we can talk about and be family with one another.”

Webb-Mitchell talked about the nuclear family ideal as tyranny and idolatry, and others in the conversation addressed how that can be destructive to people who feel pressure to fit those norms but do not.

Just before Webb-Mitchell addressed the nuclear family ideal, the Rev. Ashley DeTar Birt, Co-Moderator of the Board of Directors for More Light Presbyterians, told viewers her coming out story from telling her mother to most of her family through her wedding invitations.

“There was this idea that my life was supposed to go one way, and even though I didn’t personally believe in that, it had been so deeply ingrained in me,” Detar Birt said. “There were already so many things about me that didn’t fit the norm that I had.”

For DeTar Birt, it turned out well. She found acceptance from her family and in her new family with her wife.

“What matters is that it was enough, and I am enough,” DeTar Birt said. “And so, I’m not scared of that anymore. And I’m just amazed that, for me, at this point, family equals a letting go of fear.”

That, of course, is not the experience of all people who are LGBTQIA+ in their own families, or in the ways their chosen families are received out in the world, including the church. Webb-Mitchell said there are presbyteries where LGBTQIA+ ministers can’t serve, and valerie izumi,  assistant stated clerk in the PC(USA) Office of the General Assembly, said there needs to be more queer representation in church leadership.

“It’s not enough to have allies in these leadership positions, although that is great that we do, but we need to see more queer people in leadership,” izumi said. “We need to challenge pastor nominating committees who want that norm of the mother, the father, and the two kids in their pastors. We have to push back at that and push back hard and tell our stories more. We’re not the odd ones. We’re not even small in number. But if we let the powers that be tell the story, we are a smaller number.”

DeTar Birt said, “You get this very rigid structure that says that everything else is outside of it. … Then they’re telling all the rest of us on the outside that we are wrong. And so, the rest of us are just sort of living in this outside, open-air prison to this idea of family that doesn’t even really exist? Or matter? So why, when we can all just be free, and be in community and love, like God calls us to?”

In closing, Webb-Mitchell said God is calling, referring to the spiritual season at hand.

“We are on the cusp of Pentecost, and we all know what happened on Pentecost,” he said. “Forget about the fire. … It was the wind that was stirred, and that Spirit is still stirring. And let’s not forget that. This is about us. We are the disciples. This is about us. The Spirit is stirring, and I always look outside of the church sometimes to find out exactly where it is, because sometimes God just goes outside and just does it. There is a stirring in the church, in the world, that is affirming the lives of LGBTQIA+ queer people, and it is amazing.”

Unbound is part of the Advisory Committee on Social Witness Policy which is one of the Compassion, Peace & Justice ministries of the Presbyterian Mission Agency.