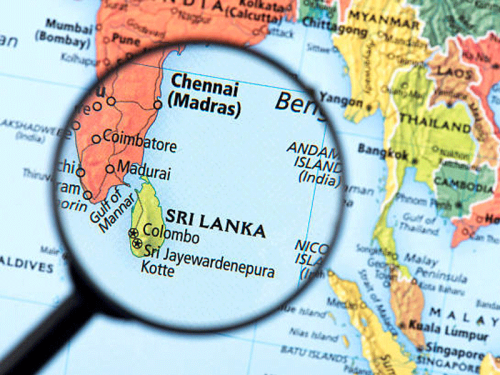 LOUISVILLE — Sri Lanka is a tiny island country in South Asia with big challenges. It sits in one of the most poverty-stricken regions in the world where millions deal with hunger issues daily. Sri Lanka itself is a diverse country with many ethnic groups and religions, a failing government system, and staggering debt to the tune of more than $50 billion measured in U.S. dollars — a debt that has little chance of being paid back due in large part to the current government’s instability.

Herman Kumara, coordinator of the National Fisheries Solidarity Organization (NAFSO) and chairperson for Praja Abilasha, the Presbyterian Hunger Program’s (PHP) partner in the region, has long advocated for change in Sri Lanka. A former International Peacemaker, he has been advocating for government’s better treatment toward food producers, particularly fishermen and farmers.

In this edited Q&A with the Presbyterian News Service he shares his perspective:

Q: Tell us about the conditions under which you and fellow Sri Lanka residents are currently living. What are the greatest needs and greatest concerns?

A: Sri Lankan people are undergoing the worst economic crisis ever after independence. On April 12, the Central Bank declared the country bankrupt. By June, we need to pay $1 billion and by the end of the year another $5 billion. As a whole Sri Lanka is indebted $56 billion.

There is no possibility to pay the loans and no attempt to restructure the loans through negotiations. We are unable to get any loan bilaterally or through international financial institutions. The country faces a serious political crisis as the credibility of the current government is lost due to corruption, mismanagement of funds, privatization of natural resources, lack of facilities for farmers to cultivate their farms and no incentives to other food producers.

The newly appointed prime minister declared that the country will face an even more serious situation in coming months with no power for up to 15 hours a day because there is no money to purchase fuel from the international market. People living in urban areas use gas for cooking. Small vendors, restaurants, and small entrepreneurs are facing threats due to lack of gas. People line up in front of gas stations for days to get their tank filled. Fisher families are also suffering as there is no kerosene available.

There is no medicine available in hospitals. Even simple medicine such as ibuprofen is unavailable. Sri Lanka is a country with eight million people depending on agriculture. The scarcity of fertilizers and increased prices of urea and other chemical fertilizers has affected agricultural production, and the whole country is facing food insecurity and the breakdown of income for farmers. Unemployment is increasing and people are attempting to leave the country. Parents are trying to send their children abroad. We need a stable and credible government that can bring the country back to stability and prosperity.

Q: From your perspective, what has led to the crisis?

A: Our country neglected to provide incentives to the country’s real producers, mainly food producers, small- and medium-scale entrepreneurs, and the local business community to develop their businesses. Sri Lanka for too long has relied on imports and did not develop the country’s economy with our own means based on our own natural resources, our traditional and appropriate knowledge, and the strengths of our own people. We had two missed opportunities to plan our own development: after the 2004 tsunami and the end of civil war in 2009. 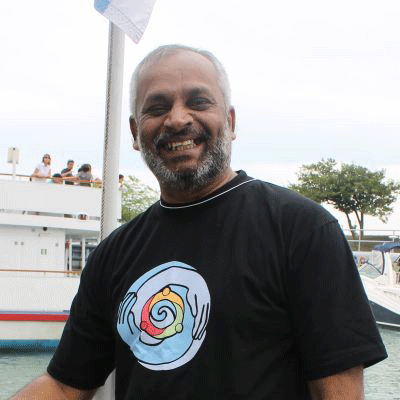 With the COVID-19 pandemic, domestic workers had to return to the country due to loss of jobs in Middle East countries. Tourism collapsed and the projected income was not gained. Only the garment industry survived and was able to bring in income. Little attention was paid to developing our rural economy, on which depended more than 12 million people (close to half of the population). Money borrowed was allocated to the construction of superhighways and lotus towers, which are “white elephants” today. One of the country’s top projects, the Port City, is destroying fisher people’s economy, displacing rural communities, and using coastal areas, forests, agricultural lands, reservoirs and water tanks for tourism promotion.

A: The Presbyterian Church began work with Sri Lankan communities immediately after the tsunami in 2004. Right after the tsunami, human rights violations of coastal communities were evident as they were pushed away from the coast and lost their traditional fishing grounds as well as their livelihood opportunities, increasing unemployment.

At the same time, people living in war-torn areas also faced serious threats due to loss of their lands due to military occupation. Urban communities were facing the threat of eviction from their urban set-up as the government wanted to use urban lands for so-called development activities, construct urban housing schemes and the clean city to attract tourists and middle-class people for recreation and leisure purposes.

This was the context in which we started working with the support of PHP through its Joining Hands initiative. In this context, we formed a land rights network, Praja Abilasha, with the participation of 22 member organizations, representing various sectoral groups of fishing communities affected by tsunami, war-affected communities, land tenure issues of plantation and urban poor communities as well as communities affected from the human-elephant coexistence issues, and the so-called development issues. Through the years, Presbyterian Disaster Assistance also provided support to our communities.

After more than 15 years of partnership, the work of the Praja Abilasha network continues to ensure the land rights of the people through animating, mobilizing, organizing, advocating on land rights of the affected communities, and working as a network of community-based organizations, trade unions and NGOs around the country. Through our efforts, thousands of communities around the country regained access to their land.

Q: What can people do to help the people of Sri Lanka? How can we support the PC(USA)’s efforts there?

A: In the short term, we need to come out of the current crisis and get immediate support for the most vulnerable communities. Women-headed households, as well as internally displaced people, are the worst hit by this crisis and need considerable support. Also, food scarcity and soaring prices are badly affecting them. We need to find a mechanism to support them through education and other means to run their own food production units.

In the long run, we need to strengthen the Praja Abilasha network with more capacities, knowledge and skills to run independent organizations, build the leaders to run those organizations and to build a stronger social movement. We hope to work more closely with Presbyterian communities in the U.S. as well as PHP, PDA and any other program within the Presbyterian Church (U.S.A).

In Sri Lanka, the partnership with PC(USA) is crucial. We welcome representatives from the Presbyterian community in the U.S. to visit our country, learn our situation and join us in defending communities’ rights.

The Presbyterian Hunger Program is one of the Compassion, Peace and Justice ministries of the Presbyterian Mission Agency. Its work is made possible by your gifts to One Great Hour of Sharing.