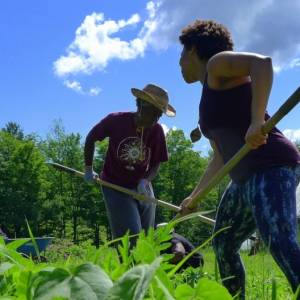 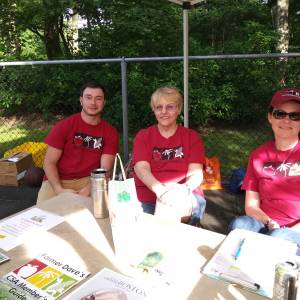 Food-Centered Mission By Eric Diekhans; cross-posted from Presbyterians for Earth Care Like much of New England, the land surrounding Burlington, Massachusetts, located fifteen miles north of Boston, was once dotted with farms. But today, most produce in this relatively affluent community is factory farmed and comes from hundreds or even thousands of miles away. The… Read more »
April 22, 2021 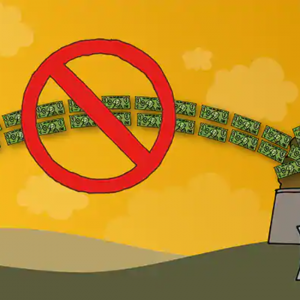 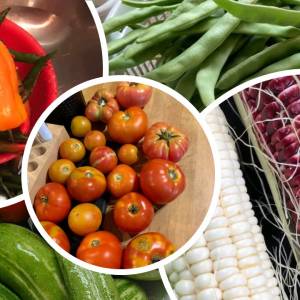 by Jessica Maudlin, Associate for Sustainable Living and Earth Care Concerns, PHP God of all that surrounds us, As we step into this new season of fall, we pause to acknowledge the delights of summer. Even though it was, for many, a year of cancelled plans, postponed vacations and drive-by parades instead of back yard… Read more »
May 20, 2018 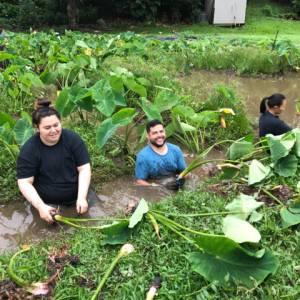 Cross-post from Eco-Steward Blog, written by Vickie Machado on May 14, 2018 We’ve just completed another wonderful week of exploring the connection between faith and environment here in beautiful Kailua, Oahu where fourteen of us gathered for the Eco-Stewards Hawaii Special Edition. It was a tremendous week of learning, sharing, receiving and giving that we… Read more »
February 20, 2018 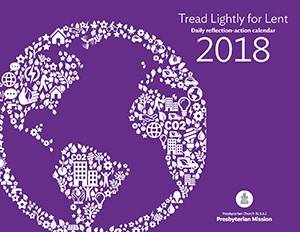 The life-giving warmth of spring is almost upon us!  But still we wait for the new impulse coming our way… 1)  In Lent, we reflect on Christ’s ministry, death, and resurrection. We slow down, take time, and examine our internal spiritual lives and the way we live out our Christian faith in the world around. This… Read more »
November 16, 2017 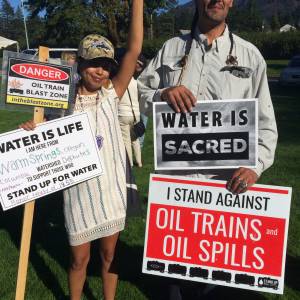 Salmon figured prominently at the Presbyterians for Earth Care Conference held along Oregon’s Columbia River in September. These beautiful creatures are the traditional and cultural heart of the Columbia River tribes. As the keystone species, salmon not only created the biologically-diverse ecosystems of the region, but they also form the economic foundation for the indigenous… Read more »
April 11, 2012

Deffenbaugh writes, “Buber recognizes in a very practical way that our experience of nature is often unexceptional and routine. How quickly we take for granted the enchanting beauty of the mountains or the rolling streams we see everyday. How easily they become objects in our world. But there are moments, Buber suggests, when a person can hear in crisp tones the enigmatic language of the fields, can for a brief time – often just an instant – delve beneath the It-world and come face to face with the Eternal You.

When my daughter was in kindergarten, she would inspect her friends’ strawberries at lunchtime. “No no, you don’t want to eat that,” she would solemnly inform them. “It’s not organic. It might have yucky chemicals on it.”

Yucky chemicals indeed. Studies continue to pile up showing how pesticides on food can be harmful, especially to children’s health. As we head into the home stretch of the holiday feast season, I’ve been thinking hard about the powerful ripple effects of our food choices. Turns out, what we eat matters. A lot. (from Pesticides Action Network’s “Power on our plates“) It does matter because “you are what you eat” is not an allegory; it is literally true. The substances that pass between your lips become your very own skin, muscle, cartilage, ligaments, nails, bones, blood, lymph and cerebral spinal fluid. Not to mention your organs, nerve cells and the two dozen digestive enzymes that break down food.

Take, for example, my daughter’s now-favorite veggie, spinach: USDA found residues of 48 pesticides on their official samples. Of these, 25 are suspected to interfere with human hormones, eight are linked to cancer, eight are neurotoxins and 23 are toxic to honeybees. Yucky. Knowing all this makes the organic spinach from our local farm taste especially good.

Unlike pre-WWII food, today’s food typically delivers one or more poisons to our cells because industrial farming, and its chemical dealers — Monsanto, Bayer, Syngenta, BASF, Dow, Dupont and others — are at war with weeds and pests. But many pests keep winning as they develop resistence. Ever more toxins are needed. Children are most effected because they eat more fruits and vegetables and are more sensitive. But it is often when we are adults that the long-term effects hit us.

1) First, educate yourself by finding out what’s on your food (you can search by food item or pesticide)
2) Second. Consider joining Pesticides Action Network; becoming a PCUSA Earth Care Congregation and joining Presbyterians for Earth Care.
3) Third. Thank the next farmer you meet who is engaging in sustainable and organic practices and buy their last bunch of kale!
Read more »
August 1, 2011

How much of your food is organic? And how organic is your organic food?!

Our family has made a big commitment to going organic (and local) for health reasons: us, the farmers and farmworkers, and the water, land and air. We probably eat about 80% organic these days (once you subtract the non-organic ice cream, some snacks and sometimes rice). Maybe more in the summer when we get about half of our produce from our front yard.

But if you don’t grow the food yourself, how do you know organic is really organic? This article helps answer that question. “Is your organic food really organic: Imported foods found with unacceptable pesticides levels“

The other issue is that we’ve so polluted our environment – air, water and soil – that even organic food has pesticides and toxins in it. You can’t escape it because mercury, pesticides and other toxins float in the air and land on the soil and crops. From a 2002 NY Times article – “The first detailed scientific analysis of organic fruits and vegetables, published today, shows that they contain a third as many pesticide residues as conventionally grown foods.”
Read the article here.

The take away message is that organic food does indeed have less pesticides. And pesticide cocktails may be very dangerous to our health in the long run. Most people in the US who have done tissue tests find that they have dozens of pesticides, heavy metals and other toxins in the bodies. Fun, eh?!

Organic certification does indeed usually mean it is organic. Conventional, non-organic will generally have more pesticides on them. So, generally, eating organic is a good thing because it also means that the food has not been genetically modified. The health effects of GMOs are still unknown, but new evidence is surfacing that is very scary, particularly the effects on our intestines.

I would recommend the Environmental Working Group’s guides. This is carefully researched. And they have a Dirty Dozen list, which may help you prioritize the foods you definitely want to buy organic.

ROUNDUP READY CROPS KILLING HABITAT OF MONARCH BUTTERFLIES
GM Roundup Ready soy and corn monocultures in the Midwestern US are killing off the habitat of monarch butterflies, says a new study. The study shows a drop over the last 17 years of the area occupied by monarchs in central Mexico, where many of them spend the winter. The study attributes the decrease partly to the loss of milkweed, on which monarchs lay their eggs, from use of Roundup Ready crops. Other causes, it says, are the loss of milkweed to land development, illegal logging in Mexico, and severe weather. “It [glyphosate] kills everything,” said Lincoln P. Brower, an entomologist at Sweet Briar College who is also an author of the paper. “It’s like absolute Armageddon for biodiversity over a huge area.”
http://www.gmwatch.org/index.php?option=com_content&view=article&id=13316
The study: http://onlinelibrary.wiley.com/doi/10.1111/j.1752-4598.2011.00142.x/abstract

GM SALMON STUDY REVEALS DANGER OF ESCAPE
If GM salmon were to escape from captivity they could succeed in breeding and passing their genes into the wild, Canadian researchers have found. To measure the ability of GM males to complete with wild males during the reproductive season, the team monitored breeding behaviour in a naturalised laboratory setting. “While the transgenic males displayed reduced breeding performance relative to their non-transgenic rivals they still demonstrated the ability to successfully participate in natural spawning events and thus have the potential to contribute modified genes to wild populations,” said lead author Darek Moreau from the Memorial University of Newfoundland, Canada.
http://www.gmwatch.org/index.php?option=com_content&view=article&id=13321