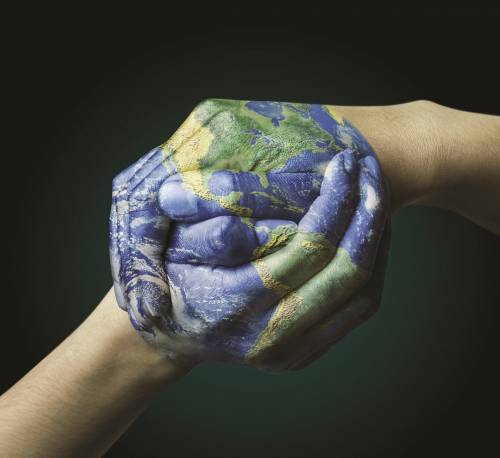 Originally posted on March 15, 2022 in the Presbytery of Giddings Lovejoy blog

On this day, we Christians find ourselves in the second week of Lent, the liturgical season, remembering Jesus’ journey to the Cross and reminding us of our own calling to be followers of the Jesus Way, even to the Cross—the Way of giving one’s self intentionally, radically, fully, and unconditionally.  Today is also the Ides of March, the date on which Julius Caesar was murdered by members of his Senate, including betrayal by his friend Marcus Junius Brutus.  Two deaths, but very different:  Julius Caesar, dying as he tried to hold on to power as Dictator for Life of the Roman Empire, his death leading to continuing intrigue, chaos, and power grabs by successor Emperors; and Jesus, dying, also betrayed and abandoned by his closest followers, as he tried to empower the powerless in a Kin-dom where the least were the greatest, his death leading to the birth of a Community based on love and justice.

Since “retirement” from the pastoral ministry in 2011, my husband. Carleton, and I have been focused on an ecological ministry through the Earth Care Team at Second Presbyterian Church, the Presbytery’s Earth Care Team and  Joining Hands Peru Partnership, and coordinating the Ferguson Eco Team, all of which are ways to move toward living with greater ecological integrity through

education, networking (building relationships), and advocacy in order to create a more environmentally sustainable, spiritually fulfilling, and socially just human presence locally and on planet Earth.  This ministry, guided by the Psalmist’s declaration that the Earth is the Lord’s and all that is in it seeks to invite individuals, congregations, and communities to love and live with integrity (or right relationship) not only with humans but with Earth and all of God’s Creation.  It raises the question that Martin Buber raised:  How do we see each other and Creation as “Thou”, rather than a detached “It”?  Thomas Berry says that we and all beings are not a collection of objects but are a communion of subjects.  Humans are not separate from Earth.  We have come from and are dependent upon Earth, and our survival depends upon living harmoniously as part of Mother Earth.

Unfortunately, human beings have lived as if separate from Earth, have ignored prophetical warnings, and are experiencing the consequences of the degradation, disruption, and destruction of all of Earth’s living systems—air, water, soil, fauna, and flora—animal, vegetable, and mineral. We are moving through what many are calling the Sixth Major Extinction of life forms on Earth.  Is Earth moving towards an Ides of March—a death caused by the ambition, competition, hunger-for-power, and mythical vision of unlimited growth and progress of humanity’s economic, political and cultural systems and unsustainable consumeristic personal lifestyles?  Or will we, as humans and as part of Earth, follow the Jesus Way and take the Lenten Journey to the Cross, giving up the paradigms and practices that harm Earth, and ultimately ourselves, and move toward living more simply and equitably and creating resilient local communities—systems from the bottom up that are relational, just, and sustainable?

Neither technology nor hierarchies of government nor wishful thinking will save us. That’s why congregations serving with local communities are so important, and ministries such as Joining Hands and other global partnerships, Earth Care Teams, and the Matthew 25 Vision are critical in their prophetic and pragmatic partnering with others to address root causes of injustice, restore right, equitable, and just relationships, and sustainable communities of Earth at the local level. They hold us accountable to Earth’s integrity and the Lenten Journey lest we betray Earth and the Jesus Way.  They awaken the gifts, passions, care, creative engagement, and vitality that are literally a matter of life and death for individuals, communities, and for “Earth and all that is in it.”

I will close with this poem:

WE ARE THE WEB OF LIFE

Will it endure darkest night
in bonded collaboration–
exuding elegant delight and
bounteous celebration or
will its warping song decry
to sustain strands’ vibration and
its woofing dance succumb to fright
in panicked conflagration?
Or can we confide
in trust’s reconciliation and ever abide
in Heaven and EARTH’S consummation?

We are the Web of Life.
What we do to the web is our own consecration.
~ ejhs