August 31, 2016
From Jean Ritchie’s “Black Waters” lyrics about the environment in Appalachia to hazardous waste disposal occuring primarily African-American communities, environmental justice concerns are part of our faithful concerns for our world to do better and to be better. Presbyterian teens are discussing environmental racism, mission co-workers are working with sisters and brothers around the world… Read more »
December 11, 2015 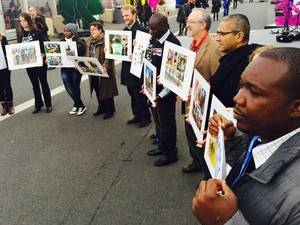 1 Corinthians 12: 4 Now there are varieties of gifts, but the same Spirit; 5 and there are varieties of services, but the same Lord; 6 and there are varieties of activities, but it is the same God who activates all of them in everyone.   Gary Payton as part of the witness for African cyclists for climate… Read more »
November 13, 2015
By Gary Payton   Paris lies ahead.  And, members of the Presbyterian Church (U.S.A.) across the nation will be faithfully following developments of COP21, the shorthand for the 21st session of the Conference of the Parties to the UN Framework Convention on Climate Change.  Heads of State; national negotiators; leaders of global faith communities, environmental… Read more »
October 23, 2015
PC(USA)’s main ecumenical environmental partner is Creation Justice Ministries. Formerly the National Council of Churches’ Eco-Justice Working Group, Creation Justice Ministries is a great team of individuals representing myriad denominations. We are thankful for our common work, and for this powerful statement. (Click here to download a nicely formatted pdf to share around!)   October… Read more »
October 22, 2015 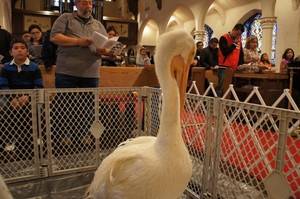 Rev. Neddy Astudillo regularly incorporates caring for all creation in worship at Parroquia San Jose, a Lutheran and PCUSA congregation in Beloit, WI. This fall, the congregation included a celebration of Saint Francis of Assisi. Neddy writes, “We had a rehabilitated pelican at church. He came to talk to us about Climate change and storms,… Read more »
October 16, 2015 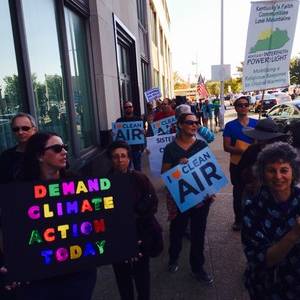 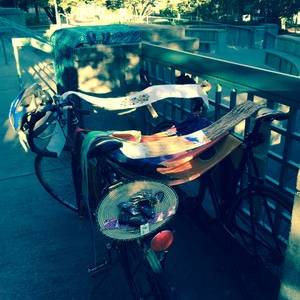 Today people all across the country in over 200 people’s climate gatherings–will march to ask for meaningful climate action. Today is the middle day of the Food Week of Action, connected to World Food Day. And, today, employees of the PC(USA) gathered at the national offices of 100 Witherspoon St, Louisville, KY to bless bikes,… Read more »
July 15, 2015 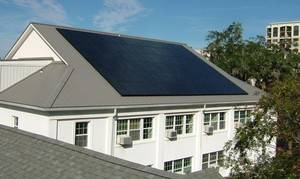 Reflections from Brant S. Copeland, Pastor, First Presbyterian Church, Tallahassee, FL. www.oldfirstchurch.org       I have been serving as pastor of First Presbyterian Church of Tallahassee for almost 30 years.  Throughout my pastorate our congregation has been deeply engaged in environmental stewardship.  In 2006 our Session responded to the General Assembly’s call to… Read more »
June 26, 2015

How do gender and race relate to an environmental ethic? The connection between women and the earth is often seen as both empowering and paradoxical. Because of the hierarchical dualisms that function normatively in Christian and Western thought (i.e. spirit vs. body, male vs. female, heaven vs. earth), there are many ways in which the feminine has been devalued within the tradition. At the same time, the connection that women have with the earth has often been celebrated. For example, a parallel is often drawn between an image of a woman as creator, (creative producer of ideas, thoughts, ethical systems, agency, communities, children, adopted children, space, food) and the earth as a “mother” who also creates. 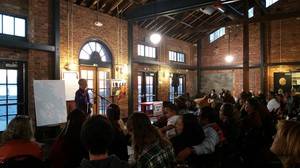 Submitted by Jessie Dye, Program and Outreach Director, Earth Ministry and Washington Interfaith Power and Light     Rev. Holly Hallman, Presbyterian teaching elder in the Seattle area, last week delivered a letter from PC(USA) to the Army Corps of Engineers on behalf of the Lummi Nation and Northwest Native Tribes in a public ceremony… Read more »