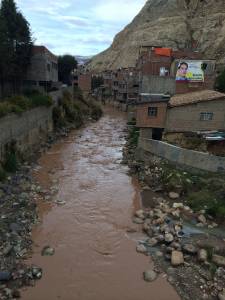 On Friday, Rev. Dr. J. Herbert Nelson III, Stated Clerk of the Presbyterian Church (U.S.A.), in conjunction with the Rev. Irvin Porter, associate in the Office of Native American Intercultural Congregational Support, issued a statement  support of the Standing Rock Sioux who are protesting the citing of the Dakota Access pipeline, which crosses treaty lines, poses a risk to the Missouri River, and has not had an environmental or archeological review or approval.

In the Pacific Northwest, Presbyterians are standing with and learning from the Lummi Nation who continue to challenge the oil and coal train proposed terminals in their region which threaten native communities in the Pacific Northwest. Right now, Presbyterians are standing with Lummi who are on a totem pole journey, to educate about the problem of coal and oil trains and proposed export terminals. In May of 2015, in response to a General Assembly overture on coal trains, Rev. Holly Hallman read a letter from Stated Clerk Gradye Parsons supporting the Lummi challenge to the Cherry Point terminal. 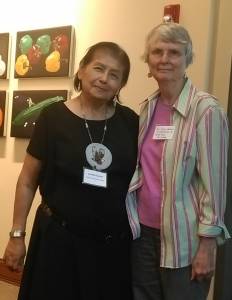 Holly Hallman with Lorintha Umtuck at conference on oil and coal trains and native lands, May 2015

As we seek to be faithful to God’s call to care for God’s wondrous creation, we stand with all people in all places as we seek well-being for all communities on a thriving, bountiful earth. May we listen, live in solidarity, task necessary action, and pray as people share their experiences and voices and witness for environmental justice.