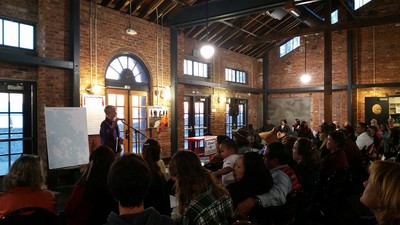 Rev. Holly Hallman, Presbyterian teaching elder in the Seattle area, last week delivered a letter from PC(USA) to the Army Corps of Engineers on behalf of the Lummi Nation and Northwest Native Tribes in a public ceremony with tribal leaders and about 400 people in attendance.

Last Thursday and Friday, several tribes from the Northwest held a long-planned joint press conference, ceremony and conference establishing a strong alliance against fossil fuel exports.  At the Thursday night Ceremony at Golden Gardens park in  Seattle, with the sun setting behind the Olympic Mountains and overlooking Puget Sound,  tribal chairs spoke about the sacredness of their land and the importance of protecting the earth for future generations.  They signed a declaration joining together in opposition to fossil fuel exploitation of their land and violation of their fishing rights.  After hearing from many tribal leaders and a Chilean activist on behalf of the indigenous tribes there, Rev. Holly Hallman took the microphone and delivered a letter from PC(USA) to the attending Tribal representatives. She spoke briefly and movingly about an overture on coal trains that passed the last PC(USA) General Assembly. 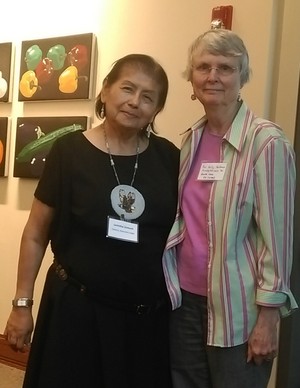 Holly was the only faith speaker and stood for a promise kept by faith leaders to the Native people of our region.  It was a perfect moment representing what denominations can do that will have a real impact on the outcome of these critical environmental and indigenous rights issues.  The Army Corps of Engineers is THE decision-maker in the process and a strong faith statement adds public pressure to the clearly-established but long-ignored power of the tribes.