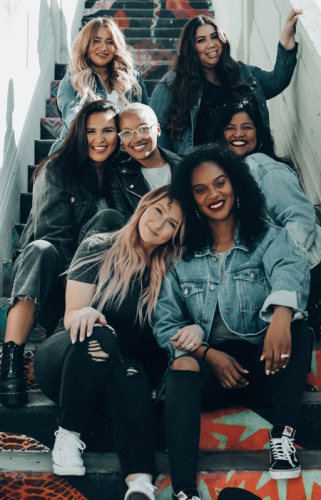 Photo by Joel Muniz via Unsplash

White Christians who do the hard work of educating themselves and empathizing with the centuries of racial trauma their African American siblings have endured can produce hope and healing that’s badly needed, members of an online panel convened by Union Presbyterian Seminary said recently.

The Rev. Melanie C. Jones, director of the Katie Geneva Cannon Center for Womanist Leadership, moderated the panel, which discussed “Pastoral Paradigms: Just Leadership and Care of Souls.” Panelists were:

The discussion was part of the seminary’s Just Talk/Talk Just series. The 66-minute conversation is available here.

“I think there is something celebratory about Blackness in America,” White said. “Despite the trauma, African Americans as they customarily do organize toward programming, policy formation and advocacy and advancement. It’s a rich legacy. People know how to take catastrophe and transform it into something rich.”

When it comes to pastoral care, the practice has shifted in recent decades from focusing on the individual to placing the individual in context — both the internal and external dynamics, according to Arjona. Even more recently, it’s been focused on racial and economic justice, he said.

Asked by Jones to name roadblocks to healing, Cannon said for white churches, it’s “their inability or unwillingness to look at their racial histories, the reasons they have been instrumental in some of the trauma caused to some of our congregations.”

When people of color are othered by white people in places like churches, “the reason [white people] cannot hear the hurt is because they can’t empathize,” White said. “They keep othering us rather than looking at the history that brought us to this moment.”

Empathy, according to Arjona, is “the ability to enter the other person’s world with your imagination.” That requires “great willingness and emotional energy,” but “some of the most hopeful stories I have seen come from people who have done this work, people who can imagine the realities of oppressed people.”

While “I hear my white siblings say they can never fully understand what it was like to be enslaved,” Cannon said, “I maintain that you may not walk in my shoes as an African American female, but you know what pain, embarrassment and grief feel like. … You don’t have to walk a mile in my shoes. You can find your way in through those pathways.”

Arjona sees the journey coming through empathy and compassion to solidarity, “a word that Latin American liberation theologians cherish. It is giving of oneself toward a goal or a commitment.”

How, Jones wondered, can faith leaders help stir their congregations out of complacency?

The prophetic role includes “tough talk about issues of ethics and morality and the like,” White said.

In many ways, pastoral and prophetic roles “feed each other,” Arjona said. “Kindness can be deeply prophetic and political. Don’t discount kindness and compassion as prophetic acts.”

Reaching out to other faith communities affected by issues of race “is a good way for a pastor to lead the way,” Cannon said. “If you can build bridges across the divide, that’s a way to begin the disruption of comfort for white congregations.”

Jones asked panelists for strategies for promoting healing and wholeness.

“It’s complex. Maybe it looks like a revolution,” Cannon said.

“To be sure,” White said, “white Americans have played a critical role toward justice, liberation and freedom, and we should acknowledge that. That history informs the present moment. Abolitionists and those who marched with Dr. King, those who supported Ida B. Wells — in a real sense they have been a model from history. If you are really serious about liberation and advancement, initiate relationships and do so with humility. Acknowledge what has occurred. You don’t have to be responsible, but the moment you know what’s going on, you are accountable.”

“And when you find some form of empathy,” White advised white listeners, “step up like your ancestors did.”

Gracious God, you call us to serve one another with energy, intelligence, imagination and love. Bless us with your creative Spirit so that small acts of courage and kindness can become bold outpourings of your love. Connect us with our neighbors near and far so that all of us may rejoice together in your good news. Amen.