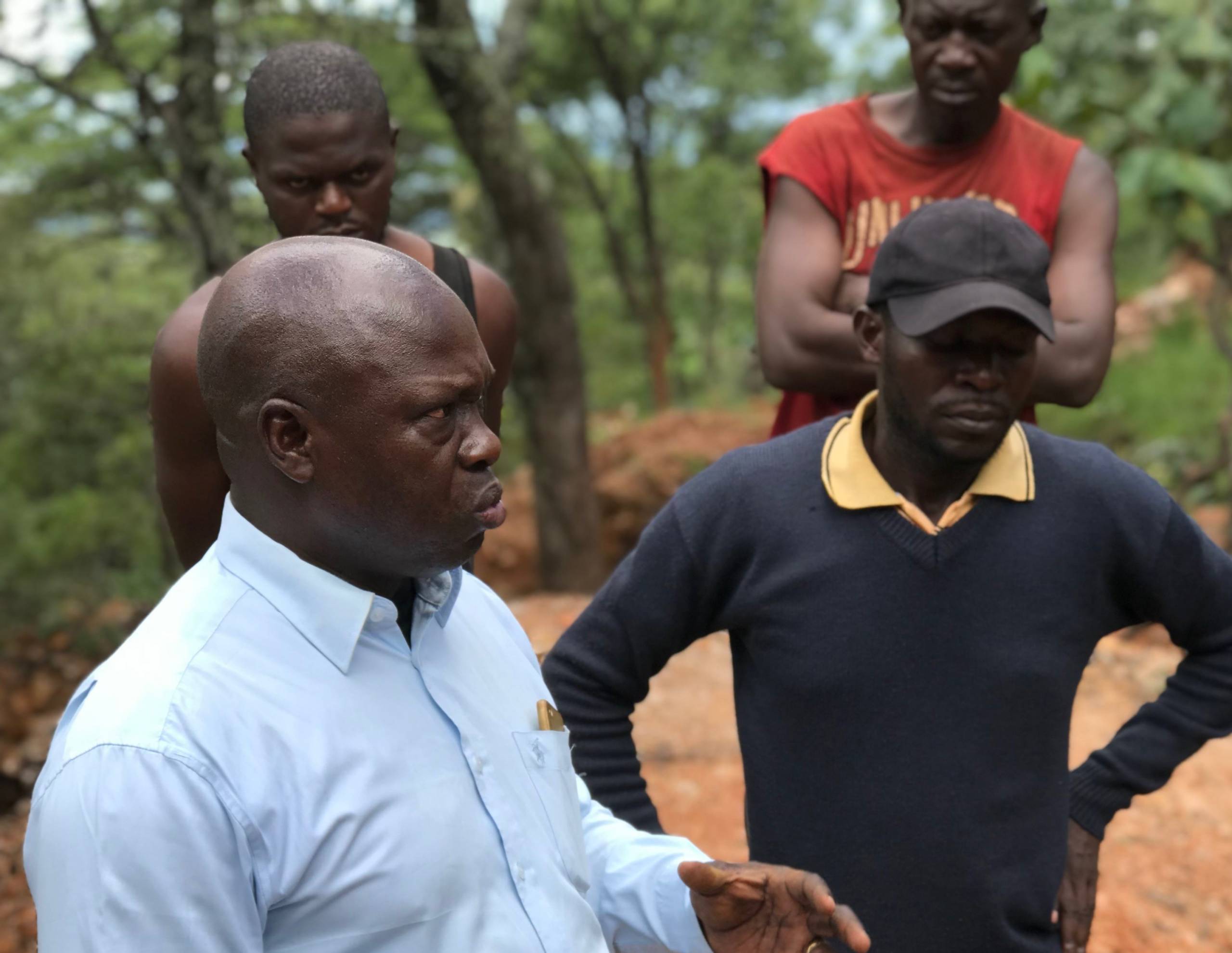 We are very saddened about the passing of our friend, colleague, and partner Jean Marie Kabanga. Jean Marie was the coordinator of the Platform of Organizations of Civil Society Intervening in the Mining Sector (POM) in the Democratic Republic of Congo. POM is a consortium of civil society organizations specializing in monitoring mining sector governance in Katanga province and advocating for reform.

As we are mourning our friend, colleague, and partner, we also have a lot of memories to share about his life dedicated to defending human rights and improving the living conditions of the people in Congo.

Earlier this year I received a phone call from Jean Marie. He sounded really excited and wanted to share some good news with me. He asked me if I remembered our last visit to the Kikanda village, in the Katanga region, Democratic Republic of Congo. I remembered it very well. Then he said he was sending me some pictures to show me what had changed since we had been there together. As I was scrolling through the pictures he had just sent, I heard him say: “It’s starting to happen. What we had been working on for all these years is starting to happen.”

In one of the pictures that he sent me, I could see the office of the municipality of the Bukanda sector, a group of villages of about 100,000 people. From the small, old, and unequipped building that we visited two years ago, there was now a newly constructed and very impressive building, erected with funds contributed by mining companies operating in the region. There were pictures of potable water sources, gas stations, ambulances, as well as new administrative buildings from other communities around where he had been working.

What was starting to happen was change.  Many of the mining communities where POM had been working for years were finally starting to see improvements in local development and infrastructure. 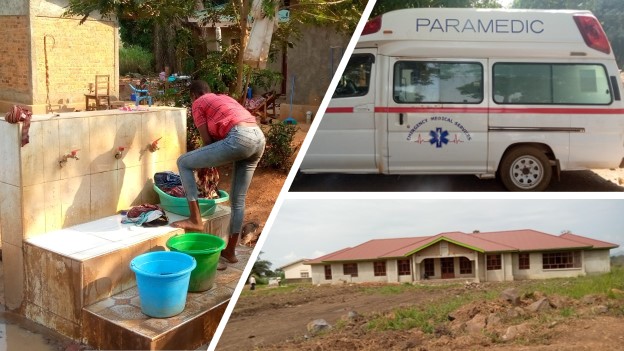 Some of the photos that Jean Marie sent Valery Nodem to demonstrate the improvements at the local level: new water fountain, ambulance, and administrative building.

In 2012, POM started advocating for a new mining code in Congo, which would bring more transparency to the mining sector, and would directly provide more revenues to the government and mining communities. For years, due to corruption and administrative bureaucracy, very little funds were making it to these communities.

A new mining code was finally adopted in 2018, with many provisions proposed by POM and their allies: A) Mining royalties paid to the government by multinational companies for strategic minerals like cobalt and copper increased from 2% to 10%; B) Local communities in the new code could now directly have access to 15% of mining royalties, with 10% going into a fund for future generations. Companies also must pay 0.3% of their profits to community development projects. 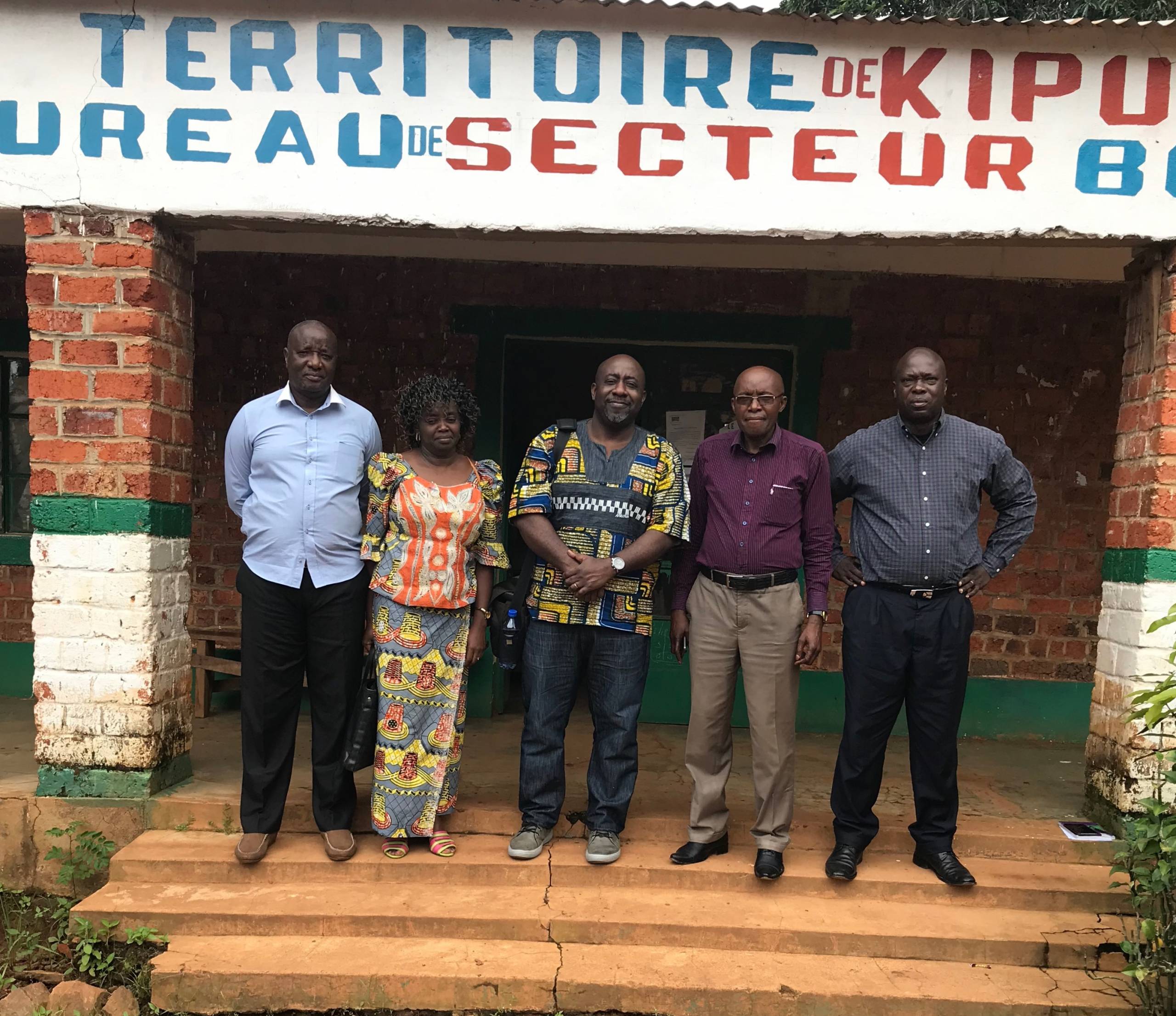 Valery Nodem is seen here (center) during his visit to Congo with members of the POM team, Jean Marie is on the far right. Photo courtesy of Valery Nodem.

After years of continued advocacy, communities started to directly receive significant amounts of funding for local development. For the first time, they were in position to determine their own priorities and manage their funds with transparency. Jean Marie, working with POM, had spent the last 3 years training communities on participative planning and community assessment before the funds started to be disbursed. He trained civil society representatives on how to monitor the newly built infrastructure and how to continue their advocacy for other benefits to be paid to communities. Just a few months ago, Jean Marie and a colleague were received by the President’s special advisor in charge of poverty issues to discuss ways to help ensure that communities were able to receive all of what was due to them by law.

Jean Marie was sharing the joy of seeing years of hard work starting to come to fruition. Too bad he won’t be able to see the rest of it, as the movement that he and colleagues started is sure to continue to achieve significant changes for mining communities.

A lawyer by training, Jean Marie spent most of his life defending human rights and the environment in Congo. He believed that Congo was the richest country on earth and was shocked by the level of poverty in his country. Jean Marie devoted himself to working to change that. He leaves behind a big legacy. We were inspired to work with him and will always remember his dedication and the change that he brought to his country. May his soul rest in peace!