The power of decision-makers to end hunger and poverty 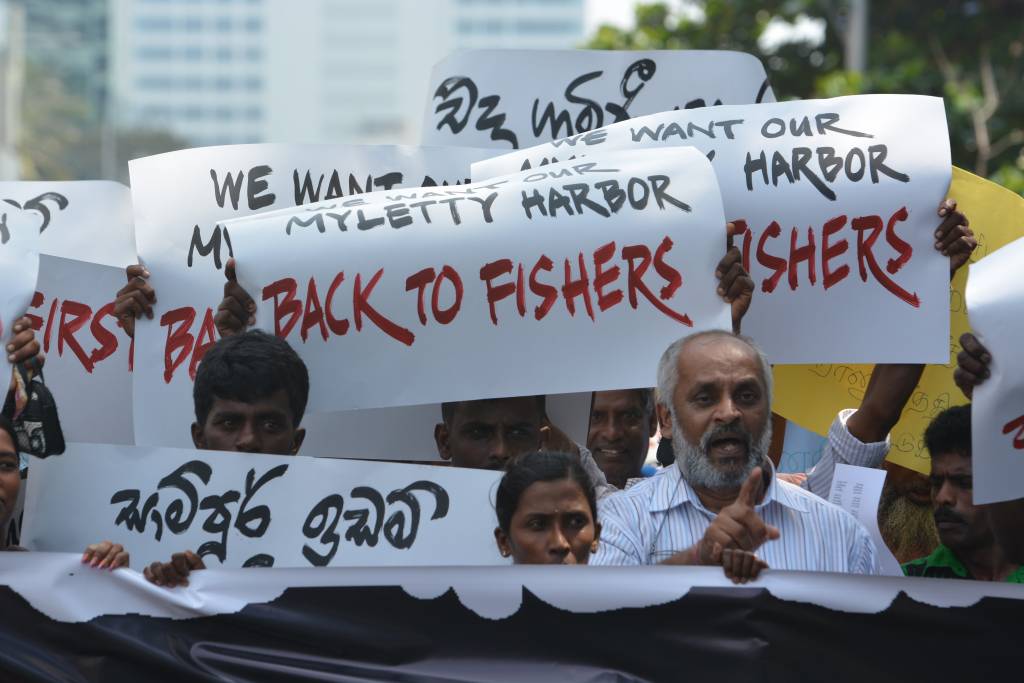 Farmers and fishermen in Colombo, Sri Lanka, demonstrating to demand their rights to land and access to beaches threatened by industrial development. Photo Credit: NAFSO.

I usually spend the last few weeks of every year reviewing our work, reflecting and visioning for the future.  It is an important time that helps me to celebrate each step, victory and accomplishment that has been achieved for the year, and to reshape our work to ensure that it contributes to addressing current day challenges.

In the last two years, this annual exercise has been more draining and overwhelming for me than it had been previously. In the United States, the current administration’s global policy has centered around “America first” and many of the countries where we work and have partners have been openly denigrated by the U.S. President. Important progress that had been made over the course of years, if not decades, has also been dismantled by this administration through tweets or executive orders: Withdrawal from: the Paris Agreement on climate change mitigation, the extractive industry anti-corruption effort, immigration policies, etc. Citizens from many countries have been banned from entering the United States, and migrants fleeing violence, poverty and climate change have been called rapists and other names and treated like criminals.

My own country, Cameroon, which for many decades was a beacon of peace in Central Africa, has been torn apart by civil conflicts in the last few years. In the north, the country has been facing attacks from the terrorist group Boko Haram. In the east, there has been a lot of violence related to the refugee crisis caused by refugees fleeing war in the Central African Republic. In the western part of the country, Anglophones (English-speakers) have been feeling marginalized for a long time by the heavily Francophone (French-speaking) government, have been demanding that their specific cultural heritage be respected and considered, and have asked for better representation in the management of public affairs in the country. Rather than listening, the response they got was brutal repression by the State, which radicalized the positions of Anglophones. The president, 85 years of age, and in power for 36 years already, was just sworn in for another 7-year term.

Countries like Nigeria, Somalia, South Sudan, Yemen are on the verge of famine, with more than 25 million people in dire need of food aid for their survival, more than any time since World War II. In Yemen alone, more than 85,000 children have died of starvation. Climate change has impacted the situation, but the primary drivers of these crises are war and violent conflicts. Many other countries where we work and have partners are going through violent conflicts and crises as well, including the Democratic Republic of Congo, Haiti, Nicaragua, Palestine, and Sri Lanka.

What’s the common denominator in all of these situations? Political decisions. Political decisions carry power and can either fix the world’s problems or descend the world into deeper chaos. Some world leaders choose not to acknowledge that climate change is real, therefore justifying not to invest all available resources to prevent, mitigate and respond to it. Political leaders choose not to come to the table to resolve conflicts, even when millions of lives are at stake. It’s a choice for countries to sell and buy weapons that will fuel conflicts. Warlords choose to block humanitarian aid from reaching people in need. The richest 1% chooses to hoard more than 80% of the world’s wealth while 99% of the people share the remaining 20%. Imagine for a second what the world will look like if these decisions were different—and they all could be, because each decision made could have been a different choice. 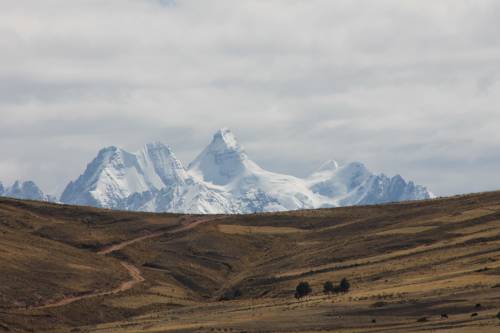 Glacier in La Paz, Bolivia. Bolivian glaciers have been melting at an alarming rate, causing drought in the country. Photo Credit: Valery Nodem.

Ending hunger and poverty requires that firm decisions be made to heighten commitment, join concerted action, and raise political will at both national and international levels, with foci on sustainable development, climate change, and disaster risk reduction. While humanitarian assistance and development projects can help people survive in the short-term, the need to tackle the underlying causes of these emergency situations is ever increasing. Imagine what the world would look like if our decisions focused on underlying causes of problems in addition to supplying emergency needs? What if we made a choice to simultaneous address long-term, big-picture solutions in addition to choosing to address the most obvious daily needs right in front of us?

In the end, it isn’t just political decision-making by power-players but also it is what everyday people, communities, and churches decide to do, that shapes the world. Our choices matter, and it’s important to realize that not only could politicians’ decisions be different—but so could ours. Public opinion plays a crucial role in change and policy making. We are the ones who build momentum and influence political decision-makers. So, what do we communicate about our priorities, with our own daily decisions?

As citizens, we very often make the choice to support and give to charities that bring aid to people in need, or “fix” the world’s problems. We volunteer in ways that help people “today” but may not always uncover deeper solutions. We like seeing that we have made a change and a change that can be shown in pictures is usually more attractive and appealing.

With the state of the world now, charitable donations that fund emergency situations and respond to current crises are needed and will go a long way to improving the lives of millions who otherwise might not get a second chance.

But now is also the time for us to rise, be bold and courageous, to see that we need to address the roots of the world crises—which take the shape of greed, corporate abuse, militarization, consumerism, and global warming.

This is our call—to make our decisions and choices clear to end hunger and poverty by working on “root causes” in addition to feeding and clothing those in need right now. We must be wise and clear that there is much at stake and we have much work to do. We want to help to ensure that the political decisions that get made are actually going to help solve the problems of hunger and poverty. We don’t need any more decisions, publicly or politically, that exacerbate hunger and poverty nor mask the complex nature of these interlocking systems.

So, when my annual meditation on our work uncovers how much political decision-makers have worsened hunger and poverty and dismantled the protections we need, I know that in 2019 we want to address those political situations and decisions in our faithful advocacy work.

Despite the recent setbacks, I am hopeful seeing our partners and people in the world continue to rise against injustices and work for a better world. In Sri Lanka, our partner Praja Abilasha has succeeded in persuading the government to return land that had been forcefully taken from communities. In Peru, the Red Uniendo Manos gathered representatives from mining communities from all around the country to share approaches and make recommendations on how to build a mining industry that doesn’t harm health and the environment. In Congo, our partners from POM impacted national policies on transparency in the management of natural resources, working with the government and extractive companies.

In 2019, with our partners tackling famine, working on sustainable development and social justice, we will continue to be on the ground, accompanying them in their efforts while organizing here in the United States and drawing people to action. Will you join us?