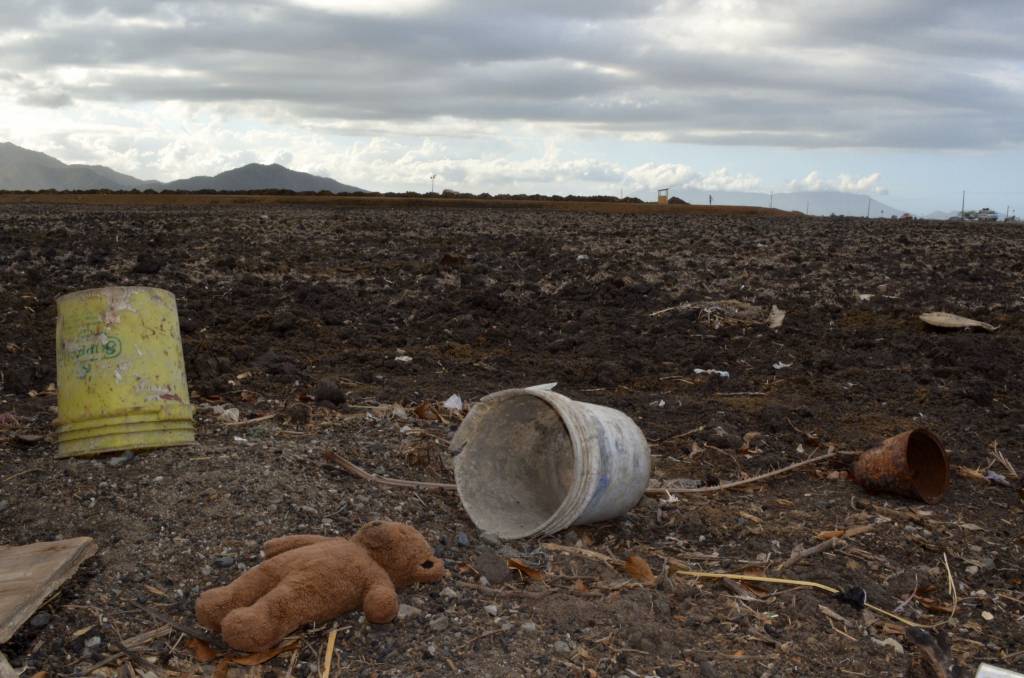 With more than 2 million of its almost 11 million citizens still suffering seven years after a catastrophic earthquake struck in 2010, Haitians living on the island took another harsh blow in October 2016 when Hurricane Matthew hit.

The massive storm took lives, destroyed crops, livestock and houses along huge swaths of land along the southern and northern peninsulas and on the island of La Gonave.

But as it often the case, the natural disasters creating havoc for the people of countries like Haiti are no less impactful than what trouble political turmoil can bring.

As it responds to recovery efforts in these and other regions, FONDAMA, the Joining Hands network in Haiti, is beginning its 2017 advocacy campaign against land-grabbing.

FONDAMA is a network of 11 farmer organizations from across Haiti. While each farmer organization operates to improve lives locally through environmental projects, road-building, best practices in agriculture, education, health clinics and in other ways, they come together to work on advocacy.

But in January 2015, then-President Michel Martelly began ruling by decree because a lack of parliamentary elections which meant there were no successors when senators and deputies ended their terms. In effect, Parliament was disbanded for lack of quorum, leaving Martelly to rule alone.

This began a two-year electoral crisis, extreme political and security instability, and general mayhem in the country. Because FONDAMA’s executive committee had hoped to implement its advocacy campaign — at that time on food imported into Haiti — through legislation, the political turmoil made the campaign even more difficult.

Fast forward two years, Haiti now has a functioning government, but critics of the new president predict an even tougher situation for advocacy groups.

On February 7, 2017, the government of Haiti inaugurated Jovenel Moise as its 58th president. The businessman-turned-politician ran under the same party as former President Michel Martelly, and the election process dragged out more than two years When the election results were announced (October 2015), other candidates protested Moise’s victory, claiming fraud and taking to the streets in protest until a task force to verify the election was formed.

The verification task force determined there had been fraudulent activity in the process, ruling that a new election be held. The new election was held on Nov. 20, with only 21 percent of eligible voters casting votes.

Making Moise’s ascension to the Palace even more problematic for farm families and advocacy groups like FONDAMA is his most recent business maneuvers.

According to North American Congress on Latin America (NACLA) in August 2013, Agritrans S.A., an agriculture corporation then headed by Moise and other business leaders, seized land from more than 800 peasant families who had raised children and gardens on the land.

The landless farmers moved in with family or in small manufactured homes built by USAID. These homes have no room for gardens, are poorly constructed and the tenants have the opportunity to pay utilities for five years and then take ownership of the house.

Having promised the land-dispossessed peasants 3,000 jobs when the plantation was up and running, the reality turned out to be 600 jobs, most of them professional jobs, and 15-day temporary laborer jobs.

Moise campaigned for two years and won the presidential election under the nickname “Banana Man.”

FONDAMA’s advocacy campaign this year is to fight against land-grabbing across the country. The network is holding regional informational meetings and leading advocacy trainings.

FONDAMA also works with other advocacy groups in Haiti and the U.S.

The FONDAMA executive committee, in creating its advocacy campaigns to fight land grabbing, isn’t hopeful that the new administration will be amenable to change.

“When I know the program of the president, I will be able to say more,” said Rose Edith R. Germain, a member of the executive committee of FONDAMA. “But for now, I do not have (much) hope.”