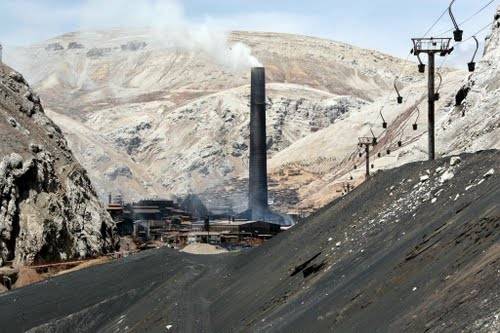 Many of you are probably familiar with the tragic case of La Oroya, Peru. La Oroya is one of the ten most polluted places in the world and 99% of children in the immediate area are estimated to suffer from lead poisoning due to the pollution generated from the metal smelter there, formerly owned and operated by Doe Run Peru a subsidiary of U.S. based Renco Group. In 2010, Renco  filed an $800 million arbitration lawsuit against the State of Peru under the protections for foreign investors within the U.S.-Peru Free Trade Agreement. Renco claimed that it was forced to close down smelter operations in 2009 due to the cost of environmental remediation. On July 15, 2016, Peru won the arbitration case. However, the Renco Group plans to file again so we’ll have to keep an eye on this case.

Our Joining Hands network Red Uniendo Manos Peru has been working for years  on a campaign that addresses the need for an integrated and specialized human, public, and environmental health program in the Region of Junin for those affected by heavy metals contamination prioritizing those impacted by the metallurgical complex in La Oroya.

Red Uniendo Manos Peru has also been a part of a movement in Peru called “No Greater Rights” demanding that foreign investors not be provided greater rights than citizens and governments within free trade agreements like the Trans-Pacific Partnership (TPP).