The church is responding to the Syria-Turkey earthquake, GIVE NOW!
Make A Donation Click Here >
Home › ‘When one thing goes out of whack in our communities, many things go out of whack’ 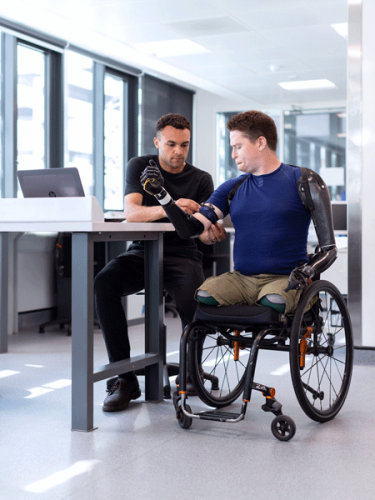 Photo by This is Engineering via Unsplash

LOUISVILLE — Richard Clay, a certified social studies teacher and a longtime community activist and educational consultant in Detroit, has been blind since the age of 2. As one who holds bachelor’s and master’s degrees from the University of Michigan, the fact that he stressed education — especially the education of the wider community about how to best support people with disabilities — came as little surprise during Wednesday’s “The Struggle Is Real” webinar on poverty and disabilities, put on by the Presbyterian Committee on the Self-Development of People. More than 50 people participated.

“It’s all about educating the greater community, and in some instances the greater church family, that disabled members are just as they are with maybe one difference — and they aren’t as different as you might believe they are,” said Clay, a member of a four-person panel that answered questions for about 90 minutes. “That community education campaign needs to go on in the church.” People with disabilities “are singers, dancers, mimers and deacons. They are brought in to be regular and meaningful participants.”

Many people with disabilities live on fixed incomes, he noted, and their expense ledgers can be strained to include transportation, personal assistance and “adaptive technologies they need to survive.” Rents are skyrocketing, and inflation at the grocery store also takes a bite. “When one thing goes out of whack in our communities, many things go out of whack,” Clay said. “For people in the lowest income bracket, things can spiral out of control very quickly.” 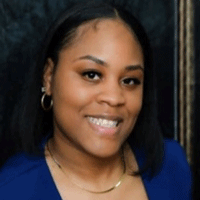 “As an African American woman with a physical disability, I often come across people who don’t understand what it’s like to live with a disability,” said Brion Edwards, who participates both in Warriors on Wheels, a Detroit advocacy organization, and Detroit Disability Power, which seeks the full inclusion of people with disabilities in the Motor City. “If we can be more open, it’ll assist those trying to assist us but don’t know how.”

“Amen to what other panelists have said,” said the Rev. Mark Baridon, co-pastor of Central Presbyterian Church in Louisville, which is situated in one of the poorest ZIP Codes in the nation. Baridon said he learned early on during his 21 years serving the church to lean on locally elected officials to come up with the money for services the church provides its neighbors, including a weekly lunch that feeds around 150 people. “Our city council people have funding and they want to get re-elected,” Baridon reasoned. “A lot of our programs need financial assistance.” 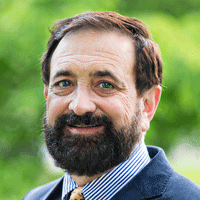 If you want to know how to help, talk to the people who can use the help, Baridon suggested. “They will readily tell you what they need.”

Laura McGannon, a teacher consultant for the blind and visually impaired in rural Michigan, said churches situated in the state’s underpopulated regions “have done a great deal for some of my students, many who don’t know how to reach out for resources.” Church members regularly offer respite care for families and offer transportation to and from church and medical appointments. 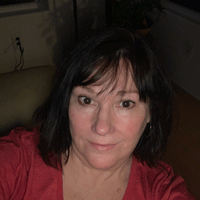 One common challenge is that families sometimes grow reliant on the Supplemental Security Income (SSI) paid to the family member with disabilities, money “that is supposed to go to that child,” McGannon said. “We see a lot of students graduate from school and then are kept back from pursuing work, because if they do [gain employment], they might lose the SSI that their family is relying on. That can impede their future prospects. We see that as a big problem as well.”

Maintaining walkable sidewalks “is a struggle in Michigan, as well as transportation and housing,” Edwards said. Through involvement with the Michigan Economic Developers Association, Edwards is “doing my best to educate those without that understanding” of the need for funding programs that differently-abled people can use to enhance their independence.

“Your life can change in the blink of an eye,” Edwards said. “People have to hear our insight on what we need as a community, but there are people without the patience to deal with us.”

“One thing I’ve learned not to do is to do everything for people,” Baridon said. “I think, ‘I’m a pastor and I should be saving everybody.’ But some of the people with needs in this neighborhood know more than I do. I can help in some way, but I don’t need to be running it.”

“Thanks for saying that,” Edwards told Baridon. “I am able to do things. I just need to do them differently.” That’s why Edwards uses “differently abled” language rather than “disabled” because “People look at our limitations and think of us as not a person. Instead of ‘Let me do it,’ it can be, ‘Let me see what you can do.’” 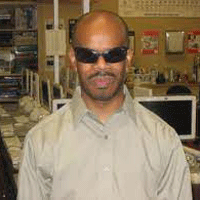 “As you’re networking, you’re getting everyone involved,” Clay said. “Everyone has input, and they can take self-ownership” because they’ve been heard and their contributions are being considered and even adopted by the group.

His long career has taught him a thing or two about the political process, he said, including this observation: “Politicians often put people with disabilities on commissions just to make them look good.”

“I agree. I experienced a situation where I was used for my face and my disability to get more funding,” Edwards said. “But once I see a person appreciates being educated, it’s my job to educate you as much as I can.”

That can start with the people in the pews, according to Baridon.

“If there’s someone with a need — particularly a child — people want to help. It can be a stimulus for people to say, ‘Maybe we should be involved.’ Let the congregation talk amongst themselves where they are. They can educate each other to lessen the fear factor and make it more real for them.”

It can be as simple as spending the worship hour next to a child with visual impairment to help parents participate more fully during the service, McGannon said. “There are many people willing to help,” McGannon said. “They just need to know what to do.”

“Church leaders need to understand they will have to go into some areas of uncomfortability” in order to better serve those with disabilities, Clay said. “There has to be some challenging of the power structure,” and it starts with the government enforcing laws already on the books, including the Americans with Disabilities Act.

“Join us, church leaders! You have excellent political connections,” Clay said. “Join us in applying pressure to enforce the law and make those in power positions respect the laws as they pertain to people with disabilities and their rights to affordable housing, adaptive technology and their right not to be discriminated against in any of the facets of life.”

The Presbyterian Committee on the Self-Development of People is one of the Compassion, Peace & Justice ministries of the Presbyterian Mission Agency. Its work is funded through gifts to One Great Hour of Sharing.