DACA recipient and others speak out during ‘COVID at the Margins’ 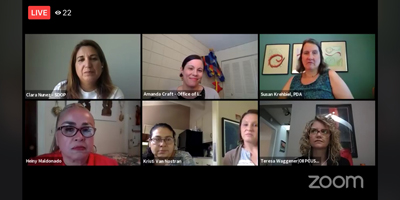 The focus of Monday’s “COVID at the Margins” discussion was immigration. (Screen shot)

LOUISVILLE — U.S. immigrants are keenly aware that there is a difference between what the United States promises — the American Dream — and what many immigrants experience each day.

“Immigrants, through changes in policy and the manner in which laws are applied, can find themselves in the margins, out of the margins, and back into the margins again,” said Teresa Waggener, an immigration attorney for the national offices of the Presbyterian Church (U.S.A.).

She was speaking during an episode of “COVID at the Margins,” a PC(USA) series of virtual discussions on the impact of COVID-19, and various other societal issues, on people of color.

Monday’s segment, which centered on the experience of immigrants, was a collaboration between the Office of the General Assembly’s Office of Immigration Issues, Presbyterian Disaster Assistance (PDA), the Presbyterian Committee on the Self-Development of People (SDOP) and various partners.

Heiny Maldonado is executive director of Fuerza Laboral, a workers’ rights center in Central Falls, Rhode Island, that has received SDOP grants in the past. She described some of the disadvantages that people in the densely populated, heavily Hispanic area face in the COVID-19 era. Many individuals are undocumented, live in close proximity to one another and work in the service industry, factories or warehouses.

“They have to provide food for their family members and they do not have jobs that allow them to work from home,” Maldonado said. “People live in fear and terror and we found out that a person died among his children all by themselves.”

Educating the community is important, she said, because people need to know “they have somewhere to go and they do not need to be afraid, regardless of their immigration status.”

Much of Monday’s “COVID at the Margins” focused on Deferred Action for Childhood Arrivals, or DACA, and the DREAM Act, which stands for Development, Relief and Education for Alien Minors.

DACA is an Obama-era program that provides temporary legal status to certain immigrants brought to the U.S. as children and has kept nearly 700,000 people from being deported. It’s limited in that it has to be renewed over and over again and can be ended by the executive branch, Waggener said. In contrast, the Dream Act would provide a permanent path to a Green Card and citizenship.

“We need the Dream Act,” she said during the webinar.

Just days ago, the U.S. Supreme Court blocked a plan by the Trump administration to dismantle DACA. The decision was welcomed by DACA recipient Maria Isabel Vanegas, who appeared in a video that was played during the segment. She stressed that the Supreme Court’s ruling is only a temporary reprieve, however. 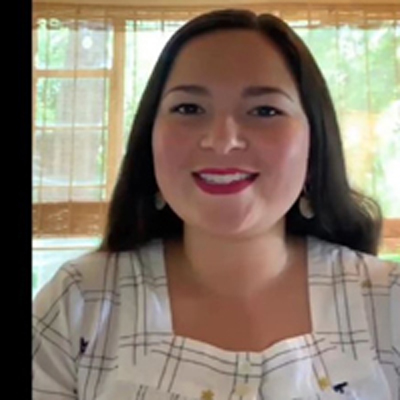 “The majority of the justices agreed with the lower courts and ruled that the way that President Trump got rid of DACA was unconstitutional, reckless and unreasonable,” she said in a portion of the video made available after the segment due to technical difficulties.

“However, the fight is not over,” said Vanegas, a Tennessee Presbyterian. “The court’s decision does allow President Trump to resubmit a proposal to end DACA in a different manner. The Trump administration has already tweeted that they’re working on a new proposal. However, hopefully he won’t spend his last few months in office continuing to try to end the program.”

Ultimately, Vanegas would love to see “a DREAM Act that includes a pathway to citizenship for DACA recipients, their parents and other undocumented folks who weren’t able to get into the DACA program and who have spent most of their lives in this country and have made it their home,” she said.

Viewers of Monday’s segment also heard from an asylum seeker from Honduras — identified as Irma — who lives in the Los Angeles area. The pandemic has caused her to become more isolated as she worries about family matters, including a sick daughter back home.

“Before, lots of people would invite me out to eat,” she said. “With my sponsors, we would live our daily life together, and when I was attending church, I would receive a lot of support there,” she said. Now, “I can’t go and get that hug and support that I once got from my sponsor.”

Susan Krehbiel, Associate for Refugees and Asylum for PDA, urged the public to participate in Asylum Virtual Advocacy Days, which will be July 14-16. This opportunity, which includes virtual legislative meetings and training, is aimed at educating elected officials about harmful anti-asylum policies and the need to restore asylum protections.

“This is a wonderful way for you to stand with and give your voice to people like Irma,” Krehbiel said.

The work of the Committee on the Self-Development of People and Presbyterian Disaster Assistance is supported by your gifts to One Great Hour of Sharing. They are part of the Presbyterian Mission Agency’s Compassion, Peace and Justice ministries.