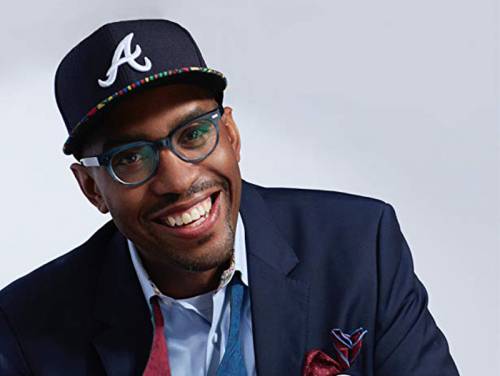 The Rev. Dr. Gregory Ellison, who founded the Fearless Dialogues grassroots organization, will be a keynoter during the 1001 New Worshiping Communities and Vital Congregations national gathering in October. (Contributed photo)

LOUISVILLE — The Rev. Dr. Gregory Ellison, one of the keynoters for the 1001 New Worshiping Communities and Vital Congregations national gathering Oct. 14-16, remembers how he felt in the midst of a media firestorm six years ago.

His first book, Cut Dead but Still Alive: Caring for African American Young Men, had just been released.  Then George Zimmerman was acquitted of all charges in the fatal shooting of Trayvon Martin. Suddenly, Ellison was the go-to person for media producers, doing all kinds of radio, television and newspaper interviews.

The book, which was based on research Ellison did for his doctoral degree at Princeton Theological Seminary, included his experiences working with young black men on Princeton’s campus and those coming out of prison in Newark, N.J.  Both groups told him how being seen myopically left them feeling unseen and unheard — invisible.  Seeing young black men susceptible to being cut dead by others who deliberately refused to acknowledge them with the intent to punish them — this, Ellison argued, is the plight of African American men.

In recounting his media interviews, Ellison says, “I got so tired of people saying you have 20 seconds to argue your point. It was such a wearying experience.”

So, at the end of one of his interviews on a local NPR station in Atlanta, Ellison blurted out, “come to Emory (University) on Saturday and we’ll have a hard conversation about race.”

When he issued that invitation, Ellison, associate professor of pastoral care and counseling at Emory’s Candler School of Theology, hadn’t cleared any of this with his dean or the school. Despite having only few days to get ready for an event that featured music, art and teaching practices on how to lead people in difficult conversations, more than 300 people showed up.

Graduate students, faculty members, elected officials, single mothers, and even drug dealers — an unusual gathering — came to talk with one another about the hot-button issue of race.

After it was over, “No one wanted to leave,” Ellison said.  One person told him, “This felt like heaven. It’s the first time I was given space to share my story without feeling judged.”

To Ellison’s great surprise, what came out of this invitation was the creation of a grassroots organization he founded called Fearless Dialogues. The grassroots organization creates spaces for people to engage in hard conversations with unlikely partners to see gifts in others, to hear value in stories, and to work for change and positive transformation in self and others. Since that impromptu call to action at the end of an NPR interview, Ellison and his team have spoken to more than 50,000 people around the world.

Saying, “God moves in mysterious ways,” Ellison tells the story of being invited to a small college town in Kansas to talk about young black men.  Knowing the event was scheduled for Friday and that there weren’t a lot of young black folks in the area, he figured few people would attend.

But when he arrived for the lecture, the hall was filled with white senior citizens.  Once he began describing people’s reaction to not being seen and heard, the seniors started talking.

“We know exactly what you’re talking about,” they told him.

Ellison calls this state of people being unseen and unheard “a global crisis.”

“People have a need to belong,” he says, “and to be recognized as someone of meaning in a space.”

While working with churches, seminaries, community foundations and other organizations, Ellison said he’s noticed that far too often groups seek to change without seeing and hearing from the people around them.

“People bear gifts and have stories to tell that are valuable, that would actually help create the desired change,” he says.
While working with the Archbishop of Canterbury, United Methodist bishops from around the world, and several PC(USA) synod leaders in 2018, Ellison began to consider how his team might help religious leaders from different backgrounds not only see the presence of God but recognize humanity.

So when Ellison received an invitation to be one of the keynoters at the 1001 New Worshiping Communities and Vital Congregations  gathering this fall, he was excited.

“The 1001 initiative is dynamic,” he said. “Creative individuals are taking church into underserved spaces and learning how to care for marginalized populations.  This sense of meaningfulness, for those unseen and unheard, is welcomed.”

For more information and to register for the 1001 New Worshiping and Vital Congregations gathering, “Perspectives: The Church … Then … Now… Beyond,” click here.